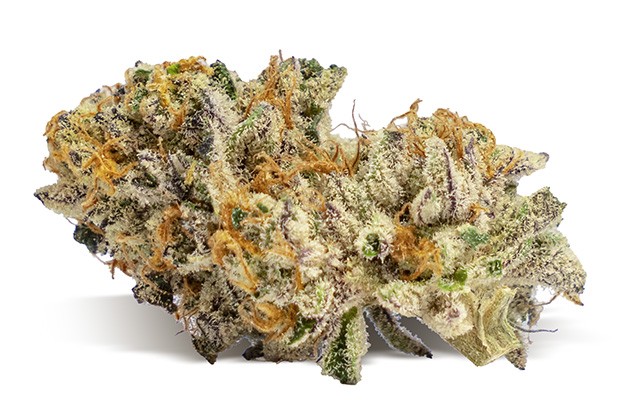 Bouquet: mostly earthy with varying levels of sweetness based on cultivar

Review: When I missed the first of Rooted Zen’s “pheno-pack” drops with Pink Sugar Cookies, I immediately called Corbin Wyatt, owner of Likewise, and reserved a batch of the next slate. While most contained only four phenotypes, Wyatt provided me of samples of all seven Slurricane phenos they were given. In other words, instead of getting a quarter-ounce of one particular run, I was provided with samples of seven different varieties of the same strain. While they are all similar for obvious reasons, each also had distinct differences in density, appearance and aroma. My nose tended toward the sweeter ones, as it normally does, and it did not lead me astray. The sweeter varieties, notably #9 and #10, were definitely my favorites as far as flavors go, though the high of #4 was the most enjoyable for me (though they were all exceptional), with a euphoric and long-lasting buzz. Rooted Zen is a grower that has been on my radar since the early days, and this is the first time I had a chance to sample their products. I was very pleased and look forward to trying more of what they have to offer, particularly their Don Carlos (though the novelty and rarity of the “pheno-packs” will definitely pique my interest if they continue to do them).