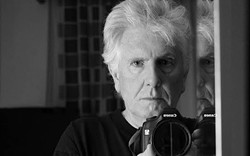 Graham Nash, one of the most enduring practitioners of folk rock, headlines this year’s Woody Guthrie Folk Festival (aka WoodyFest), performing at a special ticketed event 8 p.m. Wednesday, July 13 to kick off the multi-stage, five-day event in Okemah, Guthrie’s birthplace.

Nash, 74, began his career in his early teens when he formed a skiffle duo in Blackpool, England, with childhood friend Allan Clarke. Originally known as Two Teens, Nash and Clarke went through several name changes before being approached by members of the Deltas about joining the band. Soon after their membership became official, the Deltas changed their name to The Hollies in honor of Buddy Holly. Over the course of the next few years, The Hollies were key players in the British Invasion and enjoyed a series of major hits, including “Bus Stop” and “King Midas in Reverse.” But by 1968, Nash was spending more time with former Buffalo Springfield leader Stephen Stills and ex-Byrd David Crosby, and in late 1968, Nash departed The Hollies and took an unrecorded Hollies song, “Marrakesh Express,” with him.

As Crosby Stills and Nash (CSN), the members were able to take their individual goals of creating harmony-drenched folk rock to its logical next level. After their self-titled debut became a hit in mid-1969, the group added Stills’ old partner in Buffalo Springfield, Neil Young (calling themselves Crosby, Stills, Nash & Young, or CSNY), who contributed considerable grit to the proceedings. The resulting 1970 album, Déjà Vu, featured several iconic songs from each of the members, including Nash’s “Our House” and “Teach Your Children” as well as “Woodstock,” written by Nash’s girlfriend, Joni Mitchell.

However, the group was short-lived, and Nash embarked on a solo career with 1971’s Songs for Beginners, which featured pointedly political songs such as “Chicago” and “Military Madness.” Throughout the 1970s, Nash continued his solo work as well as stints with Crosby as a duo, a CSNY reunion tour in 1974 and a CSN reunion album in 1977.

In the 1980s, after participating in several anti-nuclear benefit concerts like 1979’s No Nukes event, Nash revisited his biggest three groups, reuniting with CSN for 1982’s Daylight Again, joining back up with The Hollies for 1983’s What Goes Around and returning to CSNY for 1988’s American Dream. The next two decades saw Nash tour steadily with CSN and occasionally embark on tours and albums with Crosby as well as a 2002 solo album whose title, Songs for Survivors, harkened back to his first solo outing.

This year, Nash stepped up his activity, recording a well-received first solo album in 14 years, This Path Tonight, and hosting a series of rock documentaries on HDNet through Sunday.