“I’ll probably do my most popular truffles; salted caramel, raspberry beret, dark chocolate orange and some other ones,” Helsley said. 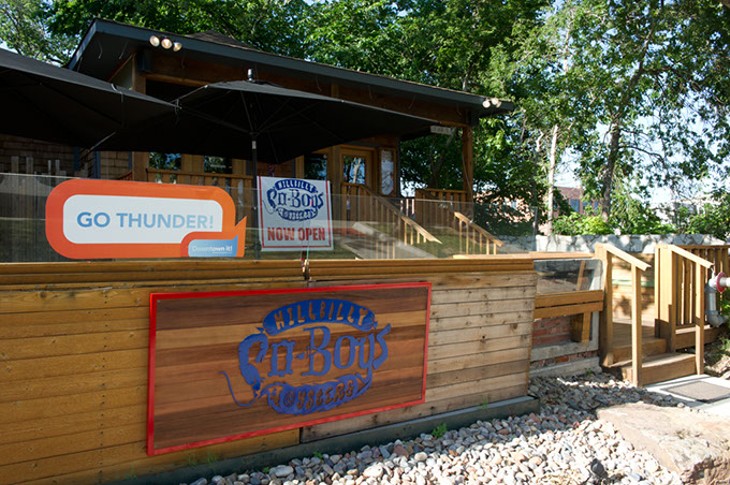 After three years in business, Hillbilly’s has closed.

Hillbilly Po-Boys and Oysters, 1 NW Ninth St., was opened in 2013 by Shannon Roper and Bryan Neel — the S and B of the popular S&B’s Burger Joint chain. The eatery was rebranded as simply Hillbilly’s in 2015 to focus less on its Cajun menu and more on its unique comfort food and relaxed atmosphere.

Roper said business was fine, but landlord Steve Mason made him an offer to cut short the lease that was too good to pass up.

Closing wasn’t an easy decision, he said, but it was made easier because he found all Hillbilly’s employees jobs within the company, which includes multiple metro S&B’s locations and Sunnyside Diner, 916 NW Sixth St.

Though Hillbilly’s closed Dec. 29, it’s not the end of the restaurant’s menu, Roper said. The bread pudding and brunch menu’s bread pudding french toast will be served at Sunnyside Diner, and other recipes will be used in S&B’s specials.

“We loved the concept and we had a ton of fun with it, but it takes a lot of energy to run a restaurant,” Roper said. “We have enough else to focus on.”

Whether you’re buying chocolates for a Valentine’s Day gift or just because it’s delicious, Cocoaphilia’s chocolate tasting event is a must.

“I’ll probably do my most popular truffles; salted caramel, raspberry beret, dark chocolate orange and some other ones,” Helsley said.

She said she hopes the tasting helps more chocolate lovers find her shop. She first rose to prominence in 2009 when her confections were featured in Martha Stewart Weddings magazine.

Helsley’s creations are made in small batches.

“So customers can be sure it hasn’t been sitting around in a package for weeks, waiting for people to buy it,” she said.

CBAO’s mission is to educate, promote and raise awareness of craft brewing industry issues among consumers, regulators and legislators across the state.

After a big year for craft brewers in the state, including passage of laws allowing taprooms to sell full-strength beer and cold, strong beer and wine to be sold in grocery stores in 2018, industry members will meet to discuss what comes next and how to continue growing Oklahoma’s craft beer scene.

Tickets are $75 and are available at oklahomacraftbeersummit.com. They include tastings, tours, specialty glassware and entry to all sessions.