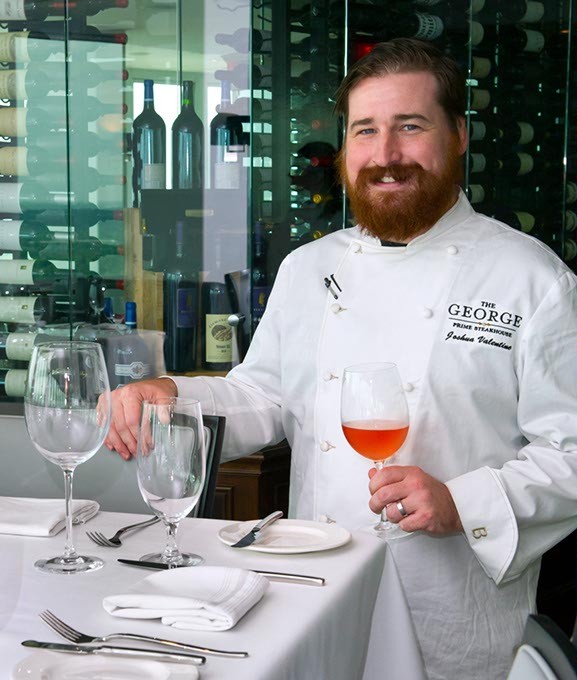 Valentine is a Coach House graduate who briefly owned a pork-centric restaurant called Divine Swine before competing on Bravo’s reality cooking program Top Chef. He and Sieg worked together at The George Prime Steakhouse atop Founder’s Tower before it closed.

The dinner is a five-course meal of interior Mexican cuisine, including sopa seca with chorizo carnitas and a fresh corn tamal with barbacoa.

“Pop-ups are just starting to hit OKC,” Valentine said. “I thought it would be cool to get with [Sieg] and cook with her. It’s fun to cook outside the box a little.”

The menu is filled with dishes with authentic Mexican flavors and Valentine’s plating and presentation.

“Oklahoma City is on the cusp of blowing up into a food city,” Valentine said. “We just need to start exposing people to these little pockets of amazing food we have.”

The meal is $65. Make reservations at belle-kitchen.com.

“My wife and I had been wanting to open a coffee shop and a salon in a building next to each other, and this one fell into our lap,” Ryan said.

Thanks to Credo House, the coffee bar was partially built, so the Kochs renovated and opened in late June.

“We have a passion for community and coffee,” Ryan said. “We love how coffee brings people together. If people want to get together with friends or have a business meeting, they go to a coffee shop.”

Though they’re both from Oklahoma City, Ryan said they chose Edmond for their business because of their membership at Crossings Community Church.

The festival has grown by about 1,000 attendees each month, including more than 5,000 people at June’s Beats & Bites, said Riverwind general manager Jack Parkinson.

In addition to food and music, the festival features local vendors, body henna and face painting. There’s a $5 bounce house area for children. Guests are encouraged to bring lawn chairs and can bring umbrellas for shade.