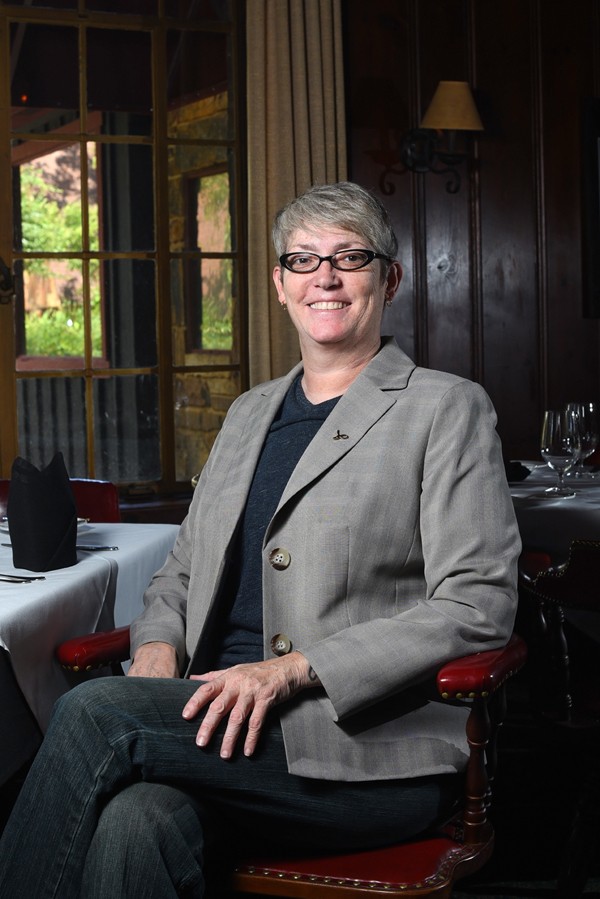 The reopened venue was met with excitement, but also mixed reviews, which is where Johnson enters the picture. First, the chef and general manager is adjusting menu prices and firming up her kitchen team.

“I have a great crew in the kitchen,” she said.

They will continue serving the current menu until Johnson has perfected new dishes, she said. She’s also revamping the wine list and restaurant promotions.

“The grounds are looking beautiful, too,” she said. “I want to do croquet and lawn bowling when it gets cooler.”

Johnson said she is excited about the new job.

“I truly believe I have the staff to turn things around,” she said.

Those seeking more information on the ramifications of November’s State Question 792 can read Oklahoma Gazette’s story on page 15 and attend an Aug. 23 forum by nonprofit Oklahoma Watch.

Bice said she looks forward to a spirited debate with Kerr and explaining the upcoming state question to voters.

The event is sponsored by Blue Cross Blue Shield of Oklahoma.

Fund development manager Holly Johns Rowland said the event is a chance to honor Girl Scouts founder Juliette Low and those who give to the organization with a gala dinner.

“Our guest chef this year is a former Girl Scout and a former Gold Award recipient,” she said.

“She’s really paving the way for female chefs in Las Vegas,” Rowland said. “It’s a difficult industry to break out and stand out in for women.”

Wolfla designed a menu including watermelon and heirloom tomato salad, slow-braised short ribs with a Parmesan and roasted garlic polenta and an Irish butterscotch and Trefoil pie. She will deliver a message of female empowerment to the audience.

Tickets are $75. Those who join the Juliette Low Leadership Society for $200 receive a free ticket with the remaining $125 going to fund Girl Scout membership for someone in need.