“People ask all the time what the difference is between Guatemalan and Mexican food,” said Chiltepe’s Taco Joint co-owner and general manager Jeremy Cifuentes. “The big difference is Guatemalan food is less spicy and we eat more black beans, where Mexican food uses more pinto beans.”

Now the cuisines are coming together as Chiltepe’s, 1800 NW 16th St., added Tex-Mex favorites to the menu to help broaden the restaurant’s appeal.

Those who love Guatemalan dishes like pupusas (thick, stuffed tortillas) and estofado (beef stew) will still find their favorites, but Cifuentes said many of the dishes that didn’t sell were taken off the menu.

In their place are lower prices and a selection of tacos, burritos, quesadillas and nachos. He said the restaurant hopes to draw in more students from nearby Oklahoma City University. Chiltepe’s also added larger drinks for customers who want to share a giant margarita.

Gone, too, are the servers. The restaurant now does counter service, which Cifuentes said should make everything run faster and keep more in line with the rest of the Plaza District restaurants. 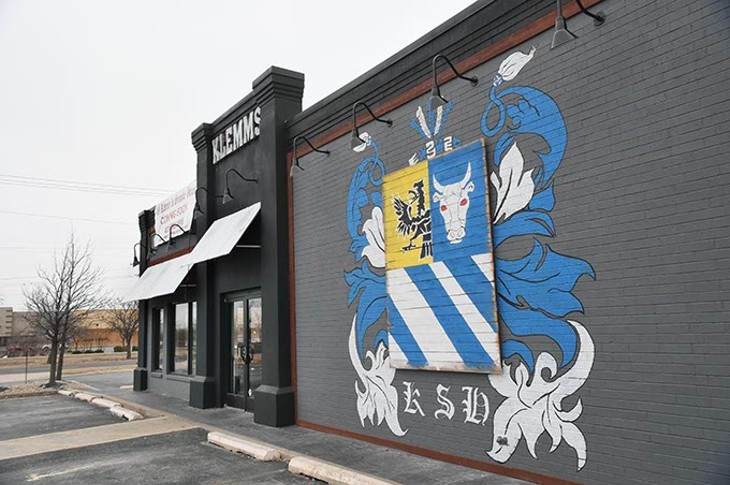 The food truck will still be rolling, but German barbecue restaurant Klemm’s Smoke Haus now has a brick-and-mortar location at 2000 S. Broadway in Edmond.

Jan Clem, who started the truck with husband John and son J.J., said it was always their desire to open up a restaurant. The food truck, operating for two and a half years now, was a way to get the name out and build a following.

“We get it all the time. People ask, ‘Where are you set up the most?’” she said. “We were all over the place. This way, they can come see us whenever they want.”

Moving to a larger kitchen gives them more options. Jan said the limited space of the truck cut down on the number of sides and desserts available. The new shop will also allow them to add more German cuisine to the menu.

Opening in Edmond was part convenience — the Clems live in Edmond — and part cunning. Jan said the just-off-Broadway location is easy to get to from Oklahoma City, Yukon or wherever. 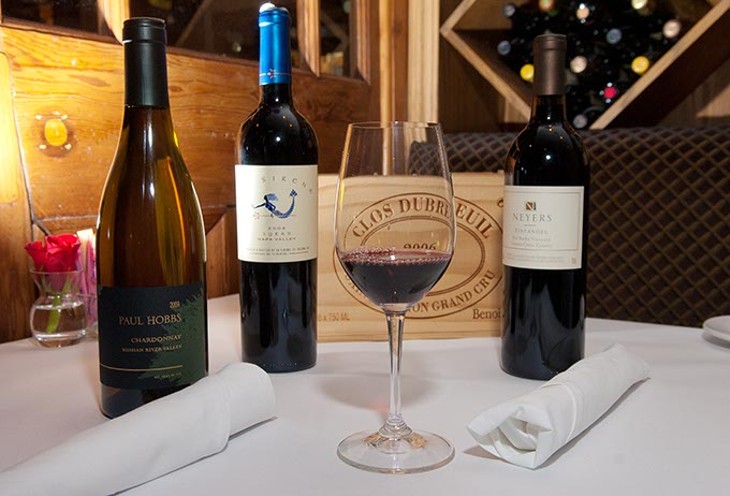 The five-course, four-wine dinner brings Royer back to the restaurant where he was chef de cuisine from 1999 to 2002 and pairs him with vintner Gabrielle Leonhard of California-based wineries Gabrielle Collection and O’Connell Family Vineyards.

“For me, it’s like riding a bike,” Royer said. “When you’ve got a palate target already, it helps cut to the chase. I like the challenge of constructing a dish to pair with a wine and being able to make them work together.”

Wine dinners like this are a real treat for diners who get food and beverages specifically chosen to highlight each’s best qualities.

“My job in this instance is to make sure [Leonhard’s] wines come off fantastically,” Royer said.

One Braum’s customer got more than just ice cream at her local store. Oklahoma City resident Nancy McMinn won $23,000 in tuition money for her son as the burger restaurant teamed up with Dr Pepper for the third year.

In addition to the $23,000 for McMinn, 20 other customers received $1,000 for tuition, student loans, books and other school expenses. Participants from Arkansas, Kansas, Missouri, Oklahoma and Texas sent texts to enter in October and November. 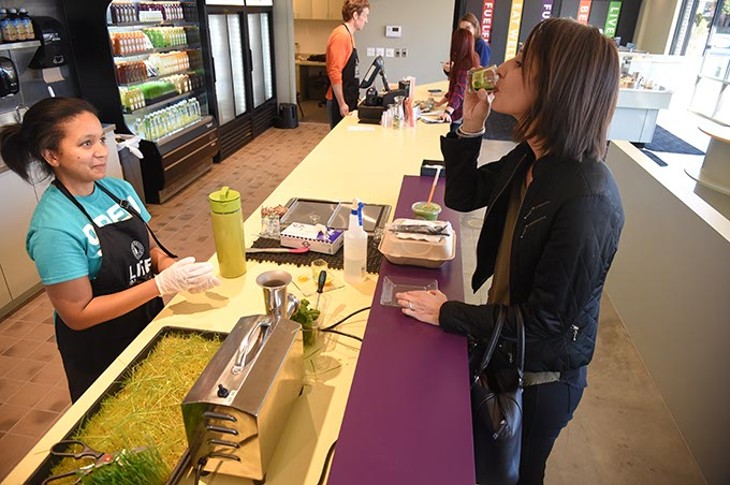 The new storefront brings with it new items. Though organic juice and smoothies are still at the center of its menu, the business now offers food, coffee and a few groceries.

The menu includes raw and cooked dishes, such as vegan enchiladas, chimichurri steak and a full salad bar. There are also breakfast options, making the new Organic Squeeze location a one-stop shop for many in the Midtown area.

The new store is not the end of expansion, either. Organic Squeeze will try to open two new stores — one farther north and one near the Norman area — by the end of 2016.

Editor's note: This online story was updated Jan. 29, 2016, to correct the address of Klemm’s Smoke Haus.