“I did a pilot batch earlier this year in the spring, and people said they loved it,” Elkins said. “It takes longer than I’d like to get a new beer out, unfortunately.” 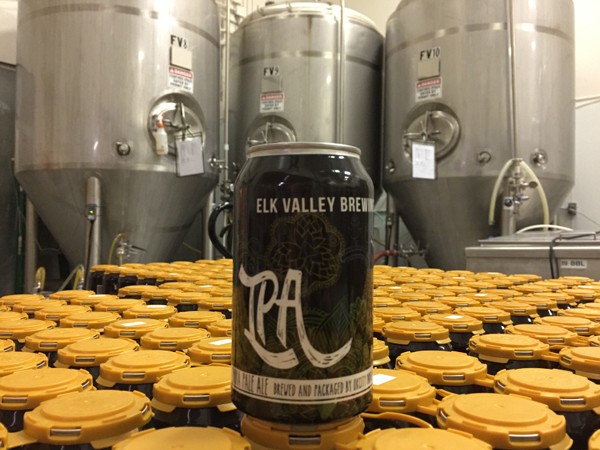 “I did a pilot batch earlier this year in the spring, and people said they loved it,” Elkins said. “It takes longer than I’d like to get a new beer out, unfortunately.”

After months of waiting, including getting labels approved for the new beer and securing the right hops, Elkins took to Facebook to announce he was canning the beer and customers could come by the brewery, 520 N. Meridian Ave., to buy it.

“It’s super juicy and not too bitter,” he said.

Elkins called the beer “truly crushable,” which means the 6.2 percent alcohol by volume beer is easy to drink.

Despite customers who are crazy for hops-heavy beers, Elkins said he stays away from using many hops year-round. The price of Australian-grown Galaxy hops, used in Elk Valley’s pale ale, are harder and more expensive to come by, requiring a change in formula.

Miracle made a comeback, though. The bar reopened Dec. 2 inside its new location at Rockford, 317 NW 23rd St., and was scheduled to reopen the Bricktown location by Wednesday at Capt. Norm’s Dockside Bar, 103 E. California Ave., Mains said.

“ABLE didn’t like doing a special event for a month, so I’m changing licensing,” she said.

“People are just bringing what they want to bring to share,” Young said. “We will provide plates, silverware, cups and napkins that can all be washed, recycled or composted.”

There’s no official sign-up, but plenty of people are communicating what they’ll bring, Young said. Food and drinks are welcome, and SixTwelve will accept any unwanted leftovers for use in the facility’s compost bin.

In addition to food, the event features jazz combo The Savoy Trio, ornament-making for kids and adults and sales of Katie Pennington’s sweet potato pies to raise funds for SixTwelve’s community kitchen.