Iron Star general manager Kimberly King said while the dinner will have barbecue elements, it’s really a chef’s dinner prepared around and with a variety of Founders beers.

A chocolate-coffee stout, KBS will be served with dessert and might even be made into an ice cream beer float, King said.

Though Iron Star doesn’t carry Founders beers normally, the dinner will be a proving ground for demand and could influence the restaurant to continue serving the brand.

Tickets are available at eventbrite.com.

First sold in 2011, Arrowhead is an American pale ale with a light, easy-to-drink flavor and refreshing citrus notes. With a tang from hops, it’s a beer specially brewed for drinking on Oklahoma’s muggy, scorching summer days.

Sales and marketing director Wes Alexander said Arrowhead is good enough to be a year-round beer, but because it uses a “signature Citra hop,” it’s impossible to make it available outside summer months.

“We continue to find ways to stretch the season for our Arrowhead fans and this year have added about two weeks of availability on the front end of the season,” he said.

Sadly, the arrival of Arrowhead Pale Ale means the spring seasonal, Revival Red Ale, is on its way out.

But Marshall is hard at work on its next seasonal brew: Oktoberfest Lager, which comes out the last week of August.

It was founded in 2012 to raise funds in honor of Jenny Pardee Golla, who was diagnosed with multiple sclerosis in 2011. It’s a day of all-you-can-eat crawfish with beer, wine and live music by Ben Brock to raise funds and awareness for the National Multiple Sclerosis Society.

The event also raises money with a silent auction and raffle.

“Our annual crawfish boil is always a great event and a fun way to get our message out, and every single donation made makes a huge impact on the lives of families living with MS,” said MS Crawfish Boil marketing chair Kari Ames Webber in a press release.

Tickets are $35 at the door and include beer, wine and crawfish.

Golla said raising money for the 2.3 million Americans diagnosed with MS made her feel she was taking control of the disease and making a difference. 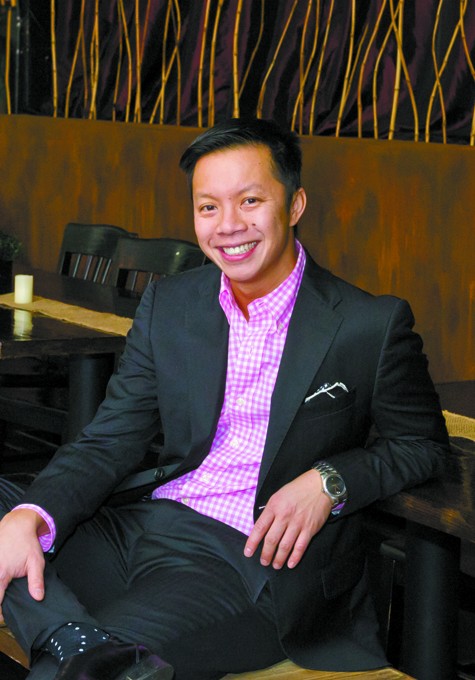 “Well the secrets out,” he wrote. “Pleased to announce the opening of El Jefe Taqueria y Cantina late 2016 early 2017.”

The restaurant will move into a newly renovated space at 1101 N. Western Ave. over the next year, adding a new eatery and bar to the burgeoning area near the Classen Ten-Penn neighborhood. The Mexican-Korean taqueria concept will be located just a few blocks north of the new Revolución Taqueria + Cantina at NW Sixth Street and Classen Boulevard, helmed by Empire Slice House’s Rachel Cope.

El Jefe (aka The Boss) will use a food truck outside the building as the kitchen. In addition to Korean-inspired tacos, the restaurant will serve tortas, tostadas and elote a popular Mexican street food of seasoned and sauced corn on the cob.

To celebrate, the brewery plans fun events in Oklahoma and Texas over the next few months.

While it’s exciting to expand into new markets, co-founder Daniel Mercer said COOP wouldn’t be here without Oklahomans who supported the brewery for the last seven years, which is why the Trail to Texas events begin in the Sooner State.

COOP beers hits north Texas June 6 and the tour culminates at the June 11 Untapped Music & Beer Festival in Fort Worth.