Oklahoma City Thunder forward Kyle Singler gave CommonWealth $10,000 in January to fund construction of a hoop house, which uses large metal hoops and plastic to create a greenhouse that provides a microclimate for plants and greatly extends the growing season.

The new hoop house, 1016 NW 32nd St., adds to CommonWealth’s mission that began in 2010 when a group of neighbors joined forces to reclaim vacant lots and turn them into productive green spaces. The program now sells vegetables and microgreens locally and produces compost with the help of volunteers.

“CommonWealth grew out of a shared desire to strengthen our community by working together and growing food together,” said cofounder Elia Woods.

Using funds from Hoopapalooza, the group plans to put the new hoop house into production and add to the amount of locally grown produce in Oklahoma City. 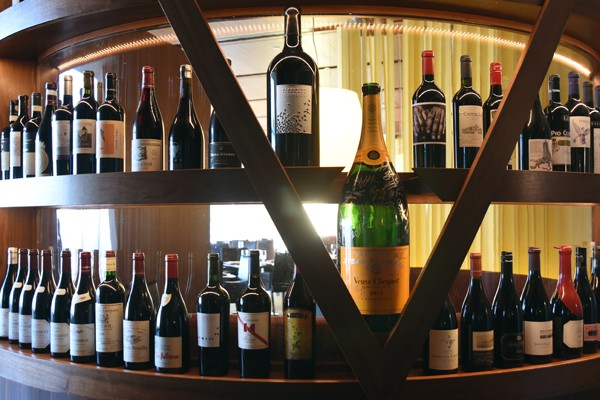 As people prepare for the winter holidays, V2 at Vast and Thirst Wine Merchants want to give the gift of stress relief at the next Wine for the People event 5:30-7:30 p.m. Nov. 10.

“The holidays can be a little daunting,” said V2 sales and catering manager Moira McCarthy-Parham. “Just the sheer amount of food at Thanksgiving, Christmas and Hanukkah poses a problem for pairing.”

With bottles chosen by Thirst Wine Merchants and food prepared by chefs at V2 and Vast, it’s a gourmet affair with a purpose. It helps those harried by holiday activities get a relaxing evening with a great view from the 50th floor of Devon Energy Center’s tower, 333 W. Sheridan Ave., and take the guesswork out of pairing wines with holiday favorites.

Though the menu is not yet finalized, McCarthy-Parham said she looks forward to classic dishes and sides such as turkey, ham, stuffing and mashed potatoes and perfect pairings arranged by Thirst.

Tickets are $35 on eventbrite.com. Wine for the People attendees receive 20 percent off food at Vast or Flint, 15 N. Robinson Ave., following the event.

The 21-and-older event welcomes all manner of Riff Raff (and Rockys, Janets and Magentas) to celebrate the spooky season 8 p.m.-2 a.m. Oct. 29 at the bar, 317 NW 23rd St. There isn’t a costume contest, said owner Anna Mains, but costumes are encouraged. The staff is shivering with antici … pation to see what the customers come up with, whether they’re buttoned-down like Brad or kinky and crazy like Frank.

Rockford offers drink specials in addition to a menu already stocked with ’70s-inspired cocktails, and the lounge also serves multiple viewings of the 1975 cult film The Rocky Horror Picture Show during the event.