“We know our guests, we listen to them and we think they’ll be really pleased with this transition,” said founder and CEO Hal Smith.

July was the last month for Hooters in Bricktown, 111 E. California St.

One of the original eateries along the downtown canal, Hooters survived many comings and goings since it opened in 2001.

“Hooters is planning to relocate to another location in or around Oklahoma City within the next year,” said Hooters of America senior vice president of global development Mark Whittle. “We hope our longtime guests and employees can be a part of another Hooters family very soon.”

The wait for a new restaurant might be long, but fans of Hooters wings and scantily clad waitresses still have Oklahoma City options — the restaurants at 3025 Northwest Expressway and 2019 W. Interstate 240 remain open. 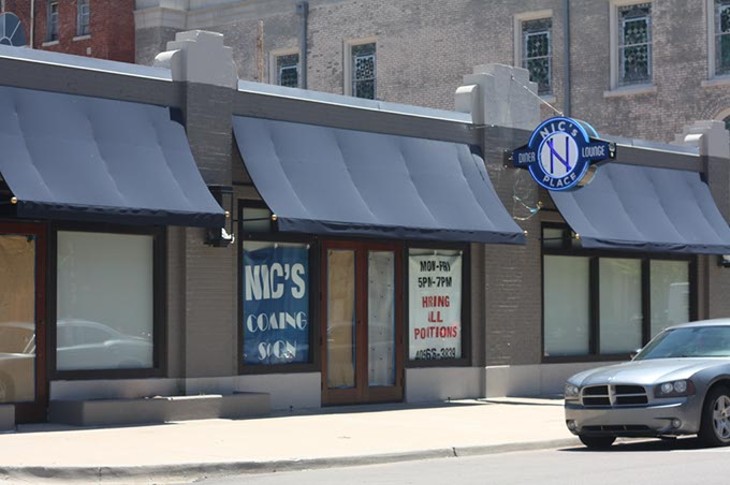 While flipping his famous burgers (with cheese and everything) at Nic’s Grill, 1201 N. Pennsylvania Ave., Justin “Nic” Nicholas discussed the imminent opening of his second restaurant.

Nic’s Place, a two-story diner and lounge, opens soon in Midtown at 1116 N. Robinson Ave. Most of the venue is complete, with just a few mechanical issues and inspections necessary before it can open.

“It looks as sweet as any place there is,” Nicholas said.

Once inspections are done and staff is hired, he said he will open “when it feels right.”

Midtown hosts plentiful competitors, including The R&J Lounge and Supper Club, Packard’s New American Kitchen, Irma’s Burger Shack, Louie’s and The Garage Burgers & Beer. But Nicholas said he thinks his eatery will be a help more than a hindrance. He hopes to bring new customers to Midtown.

“I just do the best I can do and let it fall where it does,” he said. “The only real competition is competing with yourself.”

By the time the venue closed July 24, Hal Smith Restaurants, which partnered with the basketball superstar to open the eatery, had announced plans to reopen after Labor Day as a new concept.

Much of the menu, including the restaurant’s much-loved fried chicken, will stay the same, but other changes are still in the works.

“Our restaurant has become a tradition for many in our community for an evening out or to celebrate a special occasion, which is an honor we don’t take lightly,” said founder and CEO Hal Smith. “We know our guests, we listen to them and we think they’ll be really pleased with this transition.”

The staff, which was given the option to maintain restaurant positions with pay until the venue reopens, are also likely pleased with the transition.

A new name and other details should be announced later this month.