In recent years, online services Postmates and OrderUp have broadened the scope of delivered cuisine from pizza and Chinese food, with local businesses like Oklahoma Steak & Grill Delivery getting in on the action.

Now people who want to cook for themselves also have an option: San Francisco-based Instacart.

Similar to other online ordering systems, users log in with their ZIP code and shop at available local stores. When they check out, they can choose a delivery window of one or two hours or a scheduled delivery, Thomas said.

Instacart matches the order to a shopper, who then purchases the groceries and delivers them to the customer’s door.

Instacart debuted in the metro June 22 and delivers as far south as Goldsby and Blanchard and north to Edmond and from Union City in the west to Midwest City in the east.  Visit instacart.com.

The two-story restaurant and bar at 311 W. Boyd St. will include a rooftop patio with craft toasted sandwiches, nachos and uniquely flavored iced teas that can be ordered with alcohol. Developers hope to open by early fall.

Broyles announced the new venue on his Facebook page and encouraged people to send photos of their dogs for possible inclusion on the eatery’s Porch Pup Wall of Fame. Pictures can be posted on its Facebook page, facebook.com/theporchnorman, or sent via Facebook Messenger.

Broyles is an Oklahoma City native who attended Norman High School. As an athlete, he set records at OU, including becoming the all-time NCAA Football Bowl Subdivision recordholder for career receptions. He played for the Detroit Lions  from 2012 until 2015. 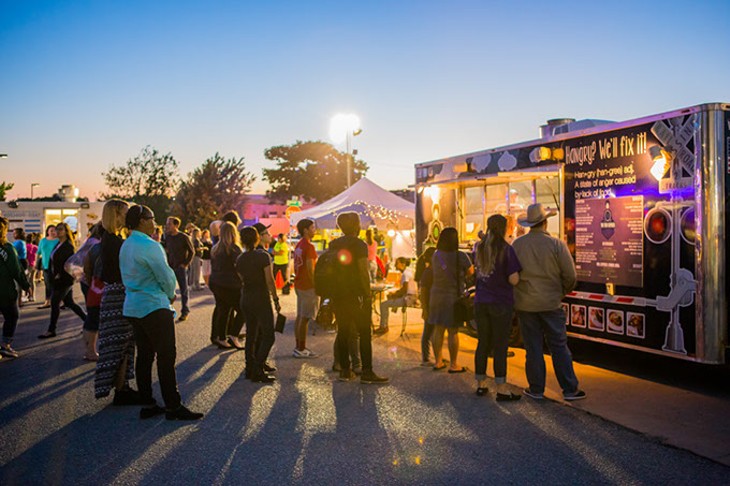 Vick said he hopes the extra time will allow him to “bring back the block party feel” it had in years past with trucks lining Eighth Street between Harvey and Robinson avenues and an area featuring games and family-friendly events.

This year, Eats on 8th & Harvey moved from a Friday evening event to a slot on the third Saturday of the month and expanded hours to give more people a chance to take part. The challenge now is getting people in the mindset to come out on Saturdays, Vick said. 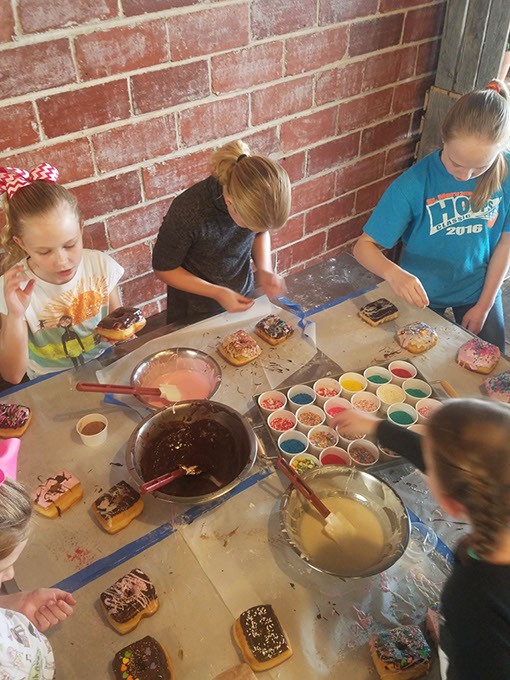 Each five-day camp is $195 with classes divided by age group: 3-6 years old, 7-10 years old and 11 and older. Classes are two hours each and limited to 12 students. Lessons focus on learning a new recipe each day. Students can take home treats they create each day.

“They are two hours a day for a week. It’s more of an apprenticeship for the older kids,” said owner Cheryl Davenport. “They always do macarons and some kind of cupcake.”

On the last day of camp, students prepare a complete plating and presentation for their parents.

The kitchen of Oklahoma City’s oldest sports bar is under new management.

“They asked us to give it a shot. We wrote a whole new menu for them,” said Guyutes co-owner Jarrod Friedel. “We … made it straight-up bar food with flair. Everything is cooked in-house.”

Menu items include Dangerous Dub’s Loaded Tots, a Frito chili pie wrap and The Cock Burger, which is a half-pound burger with house-made chili and cheddar cheese.