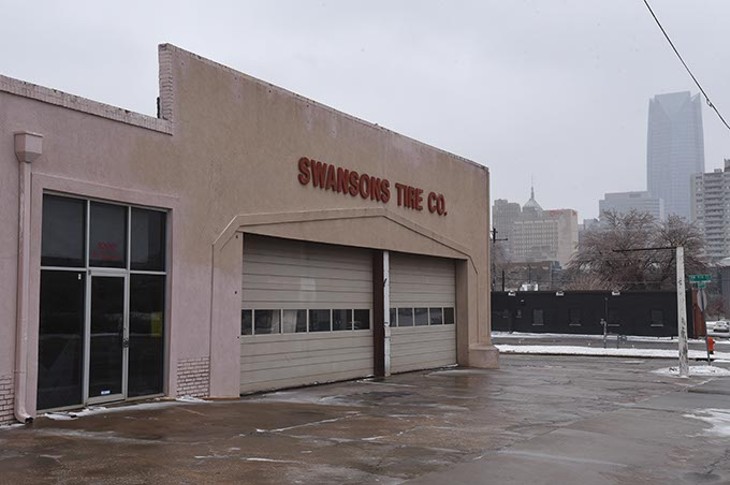 The Good Egg Dining family is getting bigger as owners Keith and Heather Paul plan to open a Tex-Mex concept in Midtown in late summer.

Taking over the old Swanson’s Tire Co. building at 1000 N. Hudson Ave. will be a yet-to-be-named Mexican eatery.

“It will be a Tex-Mex-focused menu, but there will be some interior Mexican dishes,” Keith said. “We’ll do it the way we do all the Good Egg restaurants and use the best ingredients out there.”

The idea for their own Mexican restaurant has been floating around for the last decade, Keith said, and when the Swanson’s building became available, it all fit.

“We’ve been looking for the perfect location for this,” he said. “With the patio setup, it’ll add 2,000 square feet. And we don’t have a restaurant in Midtown yet, so it’s really a no-brainer.”

The restaurant’s patio could be open 300 days a year, and Paul predicts it’ll need the capacity, as he sees the demand for a local, family restaurant that could fit into budgets a couple times a week.

“The idea came from a want for a space that I haven’t seen in Oklahoma City yet,” he said. “We’re creating a craft cocktail bar where you can get a great drink but lose some of the pretentiousness that comes with craft bars.”

With Tower Theater next door, Marsh imagines Savings & Loan will be a little rowdier and louder than most craft cocktail establishments.

Oklahoma City has a burgeoning cocktail scene, and Marsh hopes his bar will make a mark, not just in the already-bustling Uptown 23rd district, but nationally.

Though Savings & Loan won’t start out with food on the menu, Marsh said there will be a lot of culinary elements to the drinks. Seasonally, the restaurant will feature an ever-expanding cocktail list with bartenders well-versed in the classics.

“Everybody that’s in the dinner are chefs I’ve worked for or with,” he said. “We did it last January, and the only change is we added one new chef.”

The restaurant business doesn’t always leave a lot of time for fraternizing with former co-workers, so McKenna looks at these dinners as a chance to get everybody back in the same kitchen.

“All of us have our own thing going on,” he said. “It gives the guests an opportunity to see something different.”

Each chef will design and cook a course that showcases what they do best.

Tickets for the dinner are $80 and include wine pairings with each course. Those interested in attending can contact nick@packardsokc.com or call the restaurant at 605-3771 to reserve a seat. Packard’s is located at 201 NW 10th St.