At 6 p.m. Sunday, the restaurant and drinking establishment hosts a five-course Founders Beer Dinner for $50 per person (plus tax and gratuity). Oak & Ore pairs items from the new menu with Founders Brewing Co. beers such as Canadian Breakfast Stout. A portion of the proceeds benefit Regional Food Bank of Oklahoma’s backpack program. To register, email oakandore@gmail.com.

James said he began franchising while playing in the NFL as a way to turn his paychecks into sustainable income to help support his family. He bought into MOOYAH about five years ago and is now part of the corporate team.

While here, he met with former teammate Roy Williams to get a local’s view on the area. James said he’s interested in bringing the burger chain to Moore and northwest Oklahoma City. 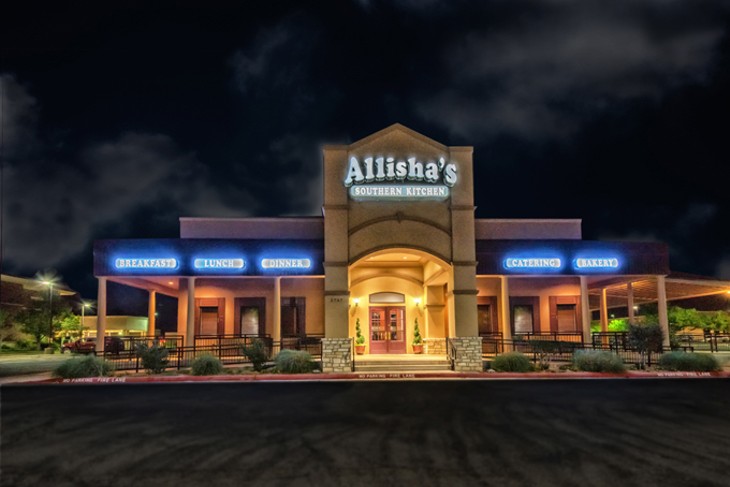 May welcomes Allisha’s Southern Kitchen, 2747 W. Memorial Road, a new restaurant from veteran owners the Hardy family. Three generations are involved with the venue, with namesake Allisha and her father John taking the lead. The Hardys previously ran Allisha’s Tea Room and Dining on Persimmon Hill.

It celebrates its grand opening Monday through May 19 and will be open daily for breakfast, lunch and dinner, as well as a brunch buffet on weekends.

“We are overwhelmed by the excitement and support of new and longtime customers,” said matriarch Mary Beth Hardy. “Allisha’s Southern Kitchen represents the fulfillment of a dream for our family.”

Oklahoma Zoological Society hopes some of you want to eat like an animal. Its Zoobilation event is 7-10 p.m. June 16 at The Oklahoma City Zoo, 2000 Remington Place.

Okjellymaking.com offers a map of 47 “U-pick” locations for blackberries, peaches, prickly pears, vegetables and herbs. Guests pay to access patches, pick produce and make jelly. Each participating farm has stickers, jelly jar labels and maps to get guests to their next destination.

“Parents bring out the kids because this is something they did when they were a kid,” Bobby Sloan of Buffalo Creek Berry Farm, located near Mustang, said in a media release. “Daycares come out. Assisted living centers come, too.”

Those interested are encouraged to contact a farm to check its hours of operation before heading out.

The funny thing about brunch at Cheever’s Cafe, 2409 N. Hudson Ave., is that it didn’t work.

Good Egg Dining Group co-owner Keith Paul said the restaurant offered brunch not too long after it opened in 2000, but it didn’t take off.

“It ended after about six months,” he said.

Cheever’s went brunchless until 2011, when it was reinstated on Sundays, and then expanded to Saturdays.

“We had a goal of how much we needed to make on a weekend. It took us two weeks to make that goal,” he said. “In another couple of months, we had doubled it.”

These days, Cheever’s brunch is practically an Oklahoma City institution. Last week, it made OpenTable.com’s list of 100 Best Brunch Restaurants in America 2016, an honor Paul said means a lot.

Cheever’s brunch draws 350 guests each Saturday and Sunday to the 80-seat venue, and many diners are devoted to its most popular menu item, The Cowgirl Benedict, a chicken-fried steak-and-egg combo with jalapeño gravy.