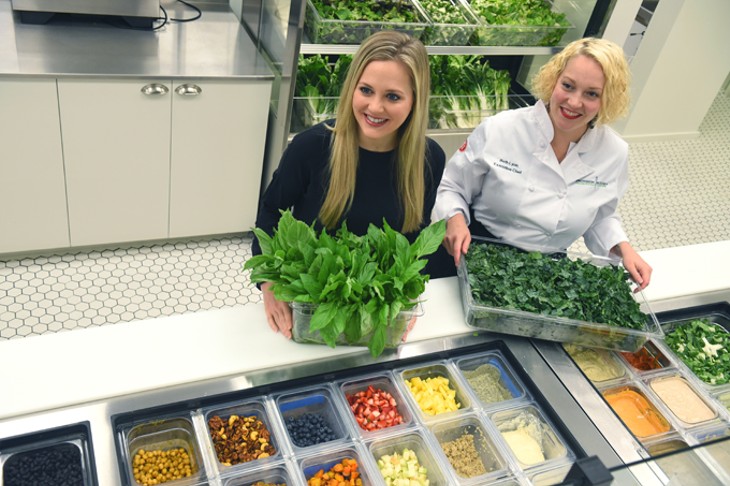 Since opening in October 2015, the grab-and-go restaurant at 6443 Avondale Drive has been serving salads and freshly prepared reheatable meals. But demand has been growing for something a bit more immediate.

“We originally opened as a chef-prepared grab-and-go concept with an option to sit down and heat and eat those meals if you were so inclined,” said owner Whitney McClendon. “But more and more customers wanted to enjoy a hot meal while picking up their grab-and-go meals for later.”

There were 450 tickets for the 21-and-up event, which is 7-9 p.m. April 7 at Bicentennial Park, 500 Couch Drive. It features a multi-course meal prepared by chefs from across the metro, said Downtown Oklahoma City Inc. marketing manager Staci Sanger. Proceeds go to Downtown Oklahoma City Initiatives, a nonprofit that combats community deterioration with public art funding, landscaping and urban research.

Proceeds from past events funded projects including the Cultivation mural by Jason Pawley on the Reno underpass and bringing in national artist HOTTEA to install string art at the downtown basketball court.

To that end, chef Timothy Mort will use grass-fed beef from Wichita Buffalo Company and pasture-raised dairy from Swan Bros. Dairy at the February Farm to Table Dinner Feb. 25.

Unlike previous dinners, this one will be held on the original farmers market floor of OKC Farmers Public Market, 311 S. Klein Ave.

Sommelier Ian Clarke of Putnam Wines will do pairings for each course. Tickets are $60 per person or $85 per person with wine.

Lippe said his challenge is getting people to move past the ideas of Ember as a hotel restaurant.

Though it’s located on the ground floor of the historic Waterford hotel, he said, the restaurant is truly built for locals.