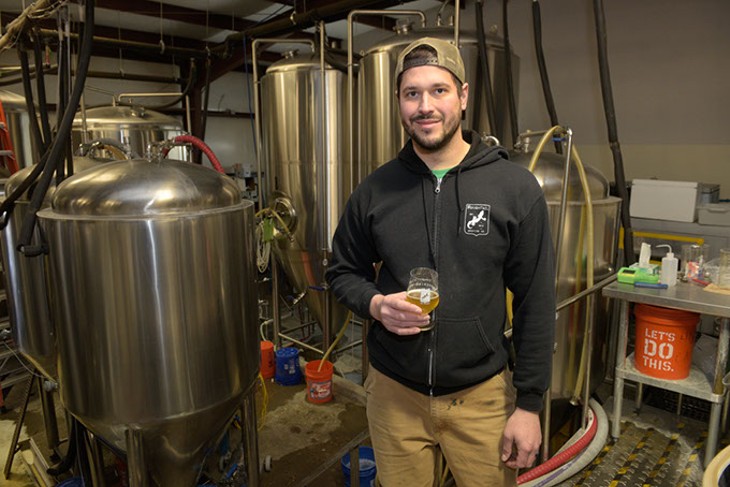 Roughtail Brewing Co. celebrates four years of making some of the best IPAs around with a party noon-9 p.m. Saturday at its Midwest City headquarters, 1279 N. Air Depot Blvd.

Thanks to changes in the law made by Senate Bill 424 in 2016, the brewery can sell directly to customers, eliminating the need for tickets to the event. It is a 21-and-older event, however, and IDs will be checked at the gate.

Murphy's CookShack and Filipino Fusion food trucks will be on hand selling food, and the brewery has a full schedule of events, including karaoke 2-5 p.m. and a live show from Mojo Thief 5:30-8:30 p.m.

But the biggest spectacle will likely be the drone can drop event at 1 p.m. Contestants will design apparatuses to protect cans of Roughtail beer that will be dropped from 10 meters and higher. Contestants are eliminated once cans start to leak. The winner takes home a giant RTIC cooler filled with their choice of Roughtail beer.

More information, including rules for the drone can drop, are online at facebook.com/roughtailbeer. 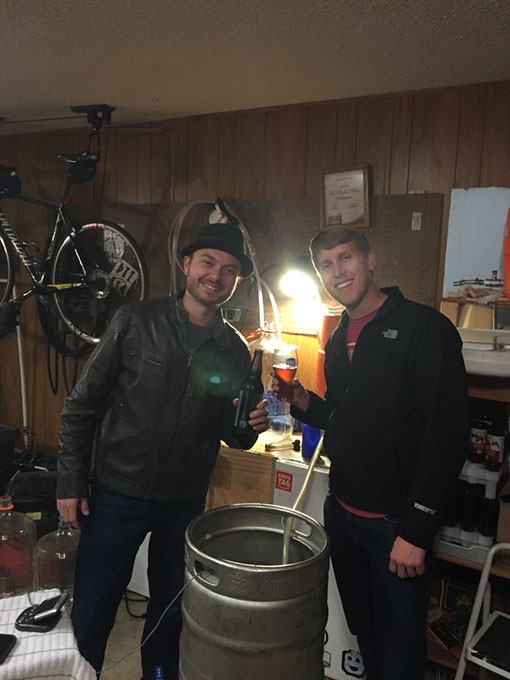 Enid natives Brian Phillips and Justin Blasier won Kansas City Bier Meisters’ 34th annual home brewing competition with their Extra Special Bitter (ESB). In addition to accolades, the pair will have their beer “scaled up” and brewed in a commercial facility.

“Winning this scale up category is a dream come true. Normally you would just receive a medal and bragging rights, but this is an amazing opportunity to talk firsthand with professional brewers in the business,” Phillips said in a press release.

Home brewers yield about 55 beers with their recipe, while a commercial system can produce over 3,000 beers. Crane Brewing of Raytown, Missouri, will brew the beer with Phillips and Blasier overseeing the initial commercial production of their recipe.

Blasier said their obsession with home brewing began with a simple beer-making kit that made just 10 beers. The pair brewed in Blasier’s garage in Enid for three years before switching to Phillips’ “Grainfather” brewing system in Edmond.

Phillips said it is their dream to move from home brewing to commercial brewing.

“Now is the time in Oklahoma to get into the craft beer scene,” he said. “Our laws are slowly becoming modernized, and it would be incredible to be part of the beer revolution in our state.”

Located in the Farmers Market District, the park is ramping up again with food trucks serving a variety of dishes daily from 11 a.m.-11 p.m.

The Fourth Friday events are also returning, said Kerry Myers. Food trucks and local vendors come to the park 6-9 p.m. on the fourth Friday of each month through October. The next event is April 28.

This year will also introduce the Delmar Sunday Market 10 a.m.-2 p.m. Sundays starting May 7. The event is Oklahoma-grown certified, which allows them to accept SNAP benefits, said Andrea Koester.

“We’re also doing a barbecue during the market that day with local chefs cooking local meat,” she said. “There will be activities like that throughout the year to help support the market.”