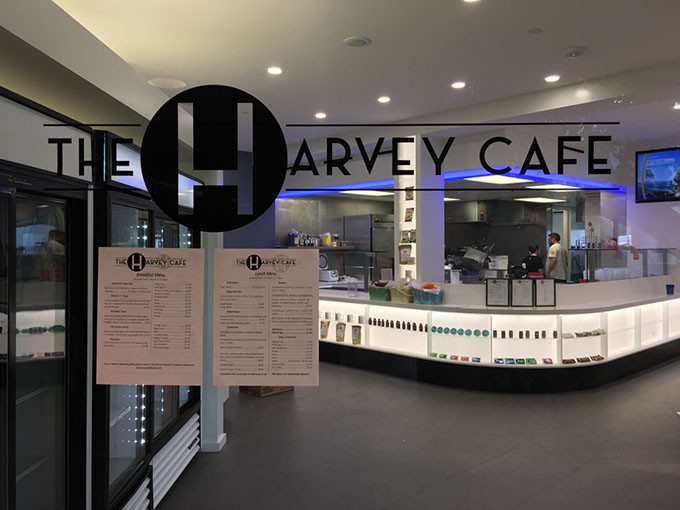 S&B’s Burger Joint fans can rejoice as the team behind the eateries and Sunnyside Diner have opened a new concept: The Harvey Cafe.

“We’re catering to the needs of the building, which holds about 250 people right now,” Branstetter said.

“Chef Wendy has created some impressive versions of a club sandwich, BLT, chicken salad and Caesar wrap — all available on local Farrell [Family] bread, wrapped up, on greens or over rice.”

That’s not the only news coming from the group. Sunnyside Diner, 916 NW Sixth St., is now open for dinner until 9 p.m. Tuesday through Saturday. And S&B’s Burger Joint restaurants are donating $1 from each B.E.L.T. (bacon, egg, lettuce and tomato) burger sold in April to The Curbside Chronicle.

Metro restaurants fed guests March 23 at the 30th annual Chefs’ Feast and raised more than $150,000 for Regional Food Bank of Oklahoma’s Food for Kids programs while doing it.

Guests voted for their favorite dishes and chose Chef Larry McNeal from McNeal’s Catering for the 2017 Foodie Favorite Award.

Chefs’ Feast is the biggest annual fundraiser for the Food for Kids program.

Those interested in donating to the food bank can give at regionalfoodbank.org.

Additionally, Sean and Cathy Cummings recently opened Bacon, 7523 N. May Ave., adjacent to their other restaurant, Vito’s, and specializes in — you guessed it — bacon. The popular Bacon Sampler features bacon from different parts of the pig, including shoulder and jowl, and bacon prepared in different ways.

Also on May Avenue, Julie, Stephen and Ashley Nguyen teamed up on a new sushi restaurant, Ocean 81 Sushi Bar, which replaced Okura at 7508 N. May Ave. Julie Nguyen said the eatery, which opened March 9, features different rolls and more appetizers for guests in an upscale environment.