Food Briefs: Thirst for a Cause, Patrono, Revolve Pizza Kitchen and more 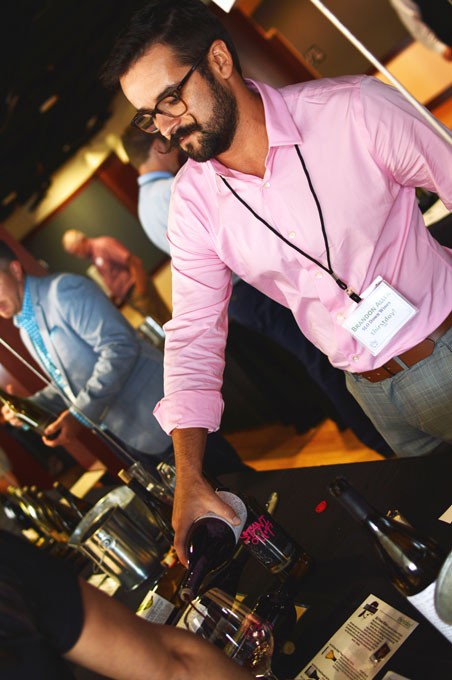 Restaurant workers do not, historically, have great health insurance. That’s where Thirst for a Cause comes in.

“This is a common problem with employees from restaurants,” said Alex Kroblin, managing partner at Thirst Wine Merchants. “We had about 300 people at last year’s event. We’re hoping to grow it a little each year.”

The event features about 200 wines from 30 national and international wineries and food from 10 local restaurants. Previous recipients of funds from Thirst for a Cause include a hostess with stage four leukemia, a line cook recovering from a kidney transplant and a server with terminal cancer.

The Arts District has a new dining spot with the opening of Patrono, 305 N. Walker Ave.

It’s the first restaurant owned by executive chef Robert DeCoste, who worked for 30 years in the industry, starting as a dishwasher at age 14. Over the years, he climbed the ranks to work with famed chefs Paul Prudhomme and Todd English, including a stint as executive chef at Olive (now closed) in Washington D.C.

Patrono means “patron saint” in Italian, and DeCoste saw the word frequently as he and his wife traveled through Italy.

“We’re doing a menu I haven’t seen much in Oklahoma City,” he said. “It’s authentic Italian, not American Italian. These are things I’ve been cooking for years, things I ate while traveling through Italy.”

While French food is known for its simplicity, DeCoste said he has always thought of Italian food as simply prepared fresh ingredients.

“The people who have come in so far have been willing to try anything,” he said. “We did a special with grilled octopus and squid and had no trouble selling it.”

The new downtown location of Revolve Pizza Kitchen, 100 W. Main St., plans to celebrate its grand opening 11 a.m. Tuesday by tossing 150 pizzas and other prizes off the top of the Century Center building.

“We’re built for downtown,” he said. “Our pizzas cook in three-and-a-half minutes. That’s gourmet pizza in minutes for workers who don’t have a lot of time.”

In addition to parachuting pizzas, Revolve hopes to tempt hungry patrons to come inside with a week’s worth of specials. From 8-9 a.m. Wednesday, Aug. 5, the restaurant will give away one free breakfast pizza per customer.

Bricktown is home to the 12,000th location of Domino’s Pizza?, 300 E. Main St., and the restaurant will donate $12,000 to the Boys and Girls Clubs of Oklahoma to celebrate. Before it was torn down, the lot was the long-time home of Bricktown Burgers.

The restaurant will have a ribbon-cutting at 4 p.m. Monday, with Domino’s president and CEO Patrick Doyle scheduled to attend.

Unlike other Oklahoma City Domino’s location, the Bricktown restaurant will be a dine-in “pizza theater” concept where customers can watch as pizzas are made, use free Wifi and watch flat-screen TVs.