A Texas taco chain is prepping for entry into Edmond after recently opening a restaurant in Norman.

Torchy’s Tacos, which boasts some “Damn Good” tacos, opened in June at 2050 24th Ave. in Norman to crowds of fans. The taco chain has locations in 14 cities across Texas, Colorado and, now, Oklahoma.

Leasing documents from CBRE show that Torchy’s parent company, Success Foods Management Group, LLC, recently signed a deal for a 4,000-square-foot property in Bryant Square Shopping Center, 308 S. Bryant Ave., in Edmond. Calls to Torchy’s corporate office were not returned. There’s no word on when the Edmond location will open. 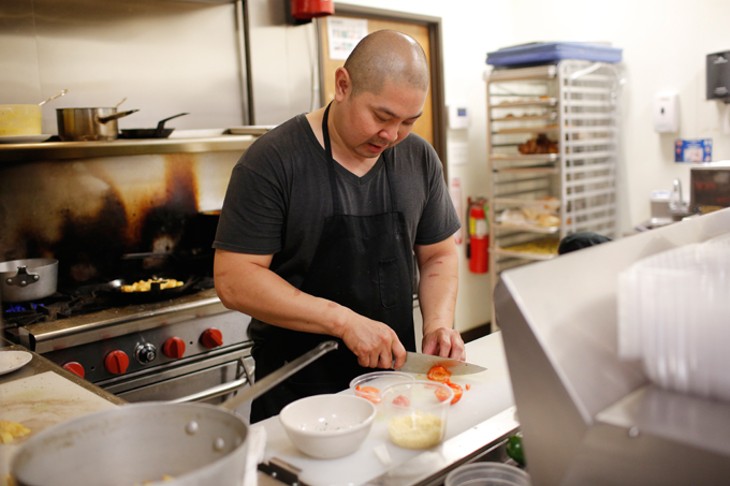 “It was just too small,” said Bonjour owner and head chef Vuong Nguyen of his recently closed breakfast and lunch spot.

The rave reviews for the food drove more and more customers to the small restaurant at 3705 W. Memorial Road, but the capacity wasn’t there to serve them all.

“The wait was starting to break my heart,” Nguyen said. “I didn’t have enough staff to do what I wanted to do. And I hated having them wait outside.”

Nguyen thought Bonjour would be the little restaurant he’d work for the rest of his life, but the popularity proved too much. So he closed Bonjour, but with a very shiny silver lining: He’s opening a larger restaurant that will serve breakfast, lunch and dinner this fall.

The new venture, called Cafe Mélange, is planned for the same area, but with more space for the ravenous crowds of diners.

“The menu is going to grow,” he said. “The favorites from Bonjour will be transferred over, but we’ll add things we’re using on the dinner menu. It means more items and fresher ingredients.”

He could have kept Bonjour open, but he said it would have pushed back the timeline for opening Cafe Mélange. Nguyen will use the time off to secure a liquor license, find and train new staff and prepare himself for running a larger business.

“Chris grew up in OKC and was a bartender at the HiLo since he was 21, I think,” Pepper said. “We talked about opening up a place for many years.”

The renovations to the building, originally constructed in 1946, include new windows, new plumbing and repairs to the roof with the goal of rehabbing the structure and bringing new life to the historic area.

Pepper said the look is unique with “tabloid-style oddities” and a feel unlike anything else in the city. The full-service bar will serve liquor and beer.

The surrounding neighborhood is full of service-industry workers, so the pair hope the bar will become a late-night haunt for the area.

“Lost Highway is Hank Williams meets David Lynch on the highway from another planet,” he said.