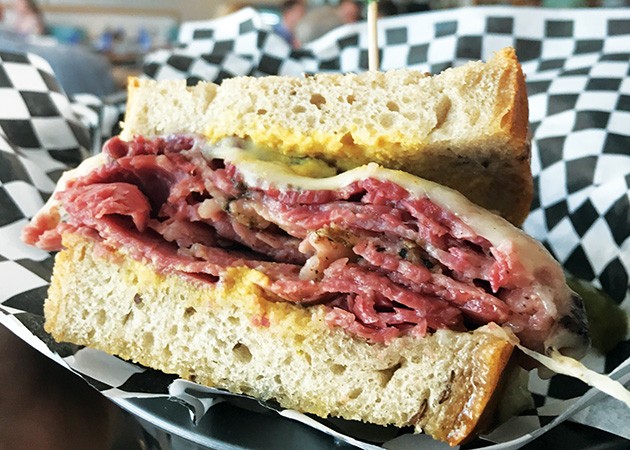 Oklahoma City’s only from-scratch sandwich shop Scottie’s Deli, 427 NW 23rd St., is closing its doors for good by Saturday. The restaurant owned by Scott Fossett opened in August 2017 with a commitment to make all of its meats and bread in-house.

“We strongly believe in the need for a from-scratch deli in this amazing city,” Fossett wrote on social media posts. “We post this with the hope that someone will want to carry the torch of what we started. Please feel free to reach out to us if you are interested in continuing or interested in a second-generation kitchen in a cool area with great neighbors.” 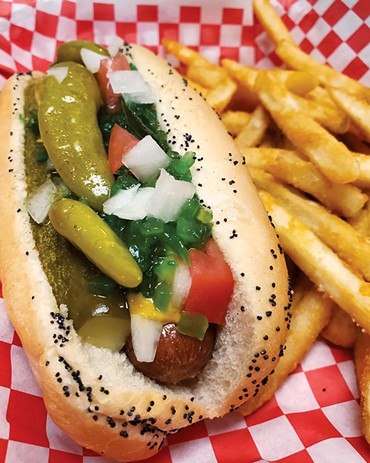 After a two-year hiatus, Oklahoma City has a brick-and-mortar location committed to serving Windy City favorites like its unique hot dog preparation. Lee Sweis operated the original Cal’s Chicago Style Eatery on Hefner Road until he had to return to his native Chicago for family reasons and sold the restaurant.

“Six months later, the people I sold it to closed it down,” Sweis said. “We broke a lot of hearts. I didn’t know they were closing down.”

He said he received an overwhelming amount of messages that he needed to return to Oklahoma City and bring back his restaurant. Sweis achieved that goal by opening the new Cal’s at 7005 Northwest Expressway in late January.

“I want to give people all of the Italian beef they can handle,” he said.

The restaurant offers a Chicago dog: an all-beef hot dog topped with diced tomatoes, onions, neon green relish, yellow mustard, sport peppers and a kosher pickle spear on a poppy seed bun ($4.99). It also offers tender Italian beef topped with a choice of sweet or hot Giardiniera (pickled peppers and carrots) on a French roll for $7.99. Polish and Italian sausage can be enjoyed by themselves ($4.99) on a poppyseed bun or combined with Italian beef on the French roll ($8.99). Chicken or steak Phillys ($6.99) and gyros served on pita ($5.99) round out the menu.

Cal’s isn’t the only taste of the Windy City in the area. Tez Wingz, 3801 N. Oak Grove Drive, in Midwest City offers fried chicken, fish and shrimp topped with lemon pepper and a signature mild sauce made famous in Chicago’s south side that is a blend of barbecue, hot sauce and other ingredients. The Heat Pizza, 1319 S. Broadway Ave., in Edmond offers Chicago deep-dish pizza, and Callahan’s Chicago Dogs offers Italian beef, sausage and macaroni and bacon-topped all-beef hot dogs in addition to its titular hot dog from a mobile cart. Visit facebook.com/hotdogchi for its cart locations. 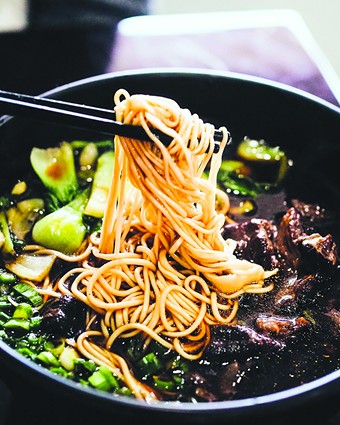 After opening its Norman location in March of 2019, the hand-pulled noodle concept opened in OKC’s Asian District earlier this month. Located at 2800 N. Classen Blvd., Magic Noodle has an open-air kitchen where guests can watch kitchen staff make its fresh noodles by hand.

Founded by Zhao Yubo (who goes by Jerry), Magic Noodle has earned rave reviews in Norman at 1915 Classen Blvd., Suite 119. Its most popular dish is the Lanzhou beef noodle soup ($9.99) followed by the Xian spicy hot oil sheared noodle dish ($8.99), which is brothless, as is the Peking soybean paste noodle ($8.99). Other soup offerings include Taiwan braised beef noodle ($9.99) that has thicker noodles than the Lanzhou and the vegetable noodle ($7.99).

Appetizers include the popular steamed pork soup dumplings (five for $5.99), shrimp dumplings (4 for $4.99), fried dumplings and egg rolls. It also offers an array of salads, including potato, cucumber, seaweed and celery and peanut (all $3.99). 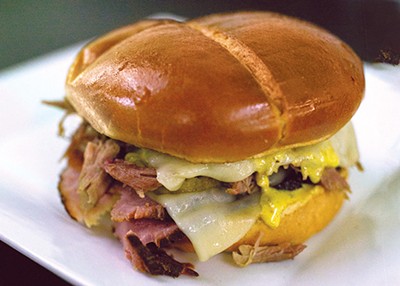 Parlor OKC, 11 NE Sixth St., welcomed Smoked Out BBQ as one of its seven kitchens officially on Feb. 20. Replacing Burger Pig on the food hall’s first floor, Smoked Out is an extension of its brick-and-mortar location at 6220 Northwest Expressway, Suite B. Using oak wood and years of family experience, pitmaster Leroy Richardson has created a following with smoked chicken, pulled pork, sausage, brisket and ham that is the star on its Cuban Boss and ham-and-Swiss sandwiches.

Related New tradition: Family history and consistency provide a base for Smoked Out BBQ that is making its name with creative sandwiches.

New tradition
Family history and consistency provide a base for Smoked Out BBQ that is making its name with creative sandwiches.
By Jacob Threadgill
Food Features

The Collective Kitchens + Cocktails, 308 NW 10th St., is announcing three new kitchen concepts this week.  The Flying Pig BBQ ended service at The Collective on Feb. 22, but it will be returning to its food truck. Visit theflyingpigbbq.net. 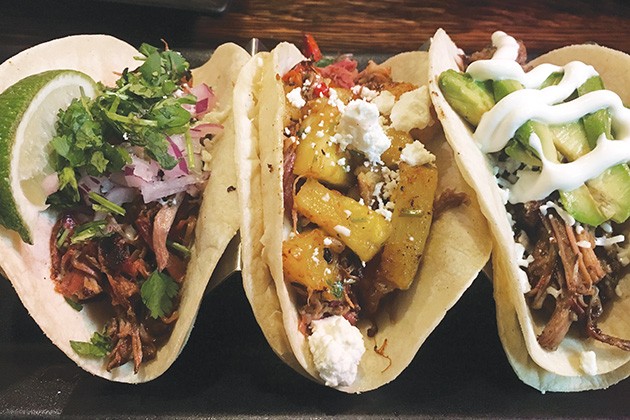 Hacienda Tacos, with its inventive smoked-meat tacos and other New Mexico-inspired dishes, has become such a hit that not only has it gotten people to go back to the mall at its original The Shoppes at Northpark location, 12086 N. May Ave., it expanded to a second location in Midtown earlier this year.

I stopped at the new location at 1120 Classen Drive in the former Irma’s Burger Shack last week and was very happy to see that it’s continuing what it started in Northpark. The Midtown location allows for more seating, and it’s an immersive experience with lots of interesting murals and bold colors.

Parking can be a little tricky for that building, but I like to park in an open lot on NW 11th Street between Walker and Hudson avenues — adjacent to the lot for Café Do Brasil, 440 NW 11th St. — and walk over.

The Midtown location is closed on Sundays while the Northpark location continues its Sunday brunch service from 10:30 a.m. to 3 p.m.

The class is $60 per person but includes food and cocktails from Bar Cicchetti’s pan-Mediterranean menu. To sign up, reserve a table for 6 p.m. March 2 on the restaurant page on Open Table or call 405-795-5295.

Osteria is hosting a spring celebration dinner March 3 that includes four courses and beverage pairings for $80 per person. Reservations begin at 5 p.m.