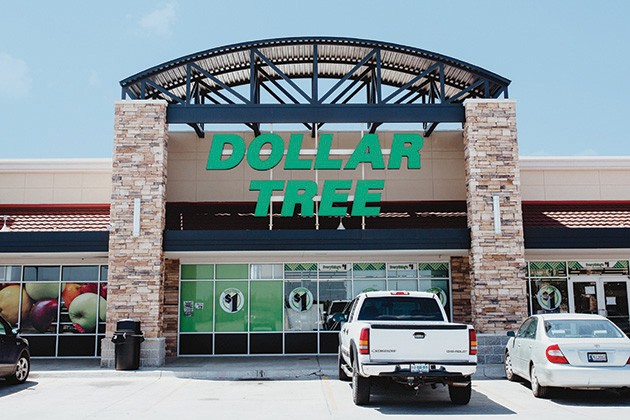 Ward 7 councilwoman Nikki Nice proposed the measure, which was signed May 8, because she was concerned about the area’s lack of access to fresh, healthy foods. She was also alarmed with the proliferation of dollar and discount stores in the area.

“This moratorium just slows that process down so we can find more creative and better ways to get a grocery store in the community since this conversation has literally been happening since 1993,” Nice said, referencing former councilwoman and retired county commissioner Willa Johnson’s attempt to bring a grocery to the area 26 years ago. “In the meantime, I’ve been meeting with our planning department weekly, as well as our municipal counsel office, just to get a footing and a knowledge and understanding of what some of those options are.”

Nice is also waiting on the results of a study that would inform much of the decisions that will come next. She has been working with a grocery consultant since her election in November and expects those results soon.

“We’re working, again, being creative about all the opportunities and tax incentive programs that can help to bring [a full-sized grocery store],” she said. “I know a lot of people are anti some of those programs, but when you have a need such as this, this is a time when, in my opinion, you should be able to use it.”

The 73111 ZIP code is one of the unhealthiest in the city, according to Oklahoma City-County Health Department, with the life expectancy of its residents nearly six years shorter than the average.

73111 is also considered a food desert, an area with limited access to fresh fruits, vegetables and other whole foods “largely due to a lack of grocery stores and healthy food options.”

“We need … the needs to be met of the community, but if some places or business are unable to meet their bottom dollar, their bottom line, they just won’t come,” Nice said. “That’s where, unfortunately, you have these small box discount stores. They will come in, and they know they don’t have all the options for the community. … There is surely a concern when it comes to low-income communities, when it comes to rural communities because they are, unfortunately, putting grocery stores out of business.”

“We want a store where ... we don’t feel like we’re subjected to certain things because we are in a certain ZIP code.” — Nikki Nice tweet this

“While dollar stores sometimes fill a need in cash-strapped communities, growing evidence suggests these stores are not merely a byproduct of economic distress. They’re a cause of it,” reads the December 2018 ILSR report. “In small towns and urban neighborhoods alike, dollar stores are triggering the closure of grocery stores, eliminating jobs, and further eroding the prospects of the vulnerable communities they target.”

ILSR reports that a Dollar General’s arrival typically cuts a small town’s supermarket sales by about 30 percent. Additionally, dollar stores are not necessarily less expensive; they simply offer more single-serving quantities, many of which actually cost more per ounce.

“Our research suggests that they often target African American neighborhoods,” reads the report. “Their strategy of saturating these neighborhoods with multiple outlets can make it nearly impossible for new grocers and other businesses to take root and grow.”

Within the ZIP code, a Save-A-Lot grocery store, which was located next to a dollar store, opened in 2017 and has already closed. 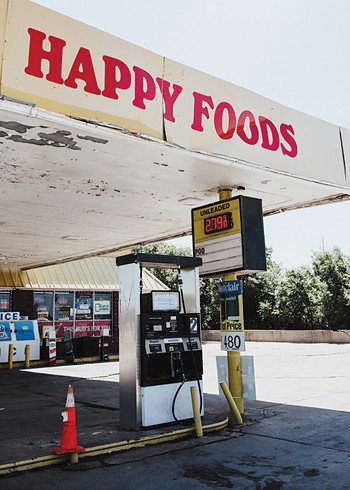 Following a similar moratorium, Tulsa City Councillor Vanessa Hall-Harper was successful last year in establishing a healthy neighborhoods overlay policy for three neighborhoods in her district. The policy reduces the minimum parking requirements for a grocery store by 50 percent and states discount stores must be at least one mile away from one another.

“If we can turn around 73111 and we can also implement the option of having a grocery store by the end of the conversation, then we are doing what we were asked and tasked to do. And at this point, you have to be creative because, again, we’ve had this conversation since 1993,” Nice said. “I’m thankful for councilwoman Hall-Harper, who fought in her community for the same types of things for the area of Tulsa, because we understand what processed food looks like compared to fresh produce, to fresh fruits and vegetables. If you have the option of only getting processed food, that’s what you’re going to get. If you’re only exposed to those options, that becomes your norm. We need to make sure that is not the norm.”

Nice will also have conversations with people about the prospect of a food bank resource center for the community. She said she wants to take a holistic approach to addressing the problem, which would include educational components.

“The conversation that I’m planning on having is like a task force with other entities within the community that have already done some of the work and the research so we can collaborate with some of those efforts of attaining and having access to healthier options, education opportunities about health and sustainability,” she said. “Even when it comes to us being able to have community gardens, understanding what that looks like, growing our own food, our fruits and vegetables. Just a holistic approach to bringing down the [negative] outcome of 73111 because your ZIP code should not determine your life outcome.”

Once the study is finalized, Nice plans to host a community meeting to discuss its findings.