A Midtown retailer caters to both amateur and professional mixologists wanting to raise the bar with better ingredients and supplies. 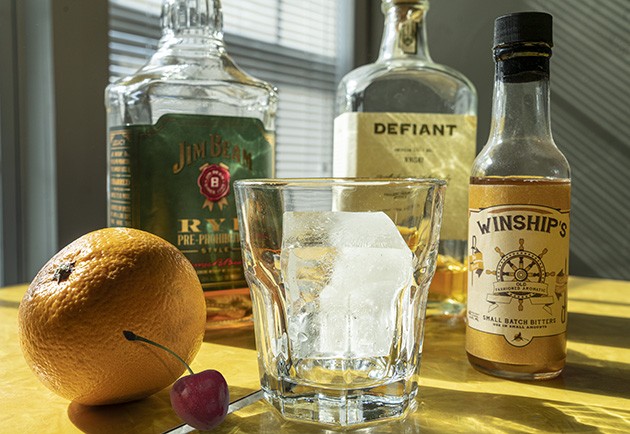 It wasn’t so long ago when Oklahoma bartenders had to go to great lengths to tap into the nation’s ever-expanding array of specialty bitters, mixers and bar tools while also being stifled by the state’s strict and confusing blue laws. Barkeep Supply has stepped in to allow the metro’s more ambitious mixologists to explore more adventurous trends in cocktail culture. It also boasts a full bar so customers can see the products in action whether it is one of Barkeep’s array of specialty bitters or craft cocktail rocks by Vault Ice.

“I’ve been a bartender since college, and I had a hard time finding the stuff that I wanted to use at work,” owner Julia McLish said. “I just opened Barkeep out of necessity. I thought people would feel the same way that I do and would like to see more craft cocktail tools available to the public.”

McLish doesn’t prescribe to the normal bar approach of a massive stash of bottles but instead focuses on a smaller selection of base spirits and an extensive collection of mixers.

“It’s funny. When we opened two years ago, I only anticipated having what I was calling a demonstration bar,” McLish said. “And so I was trying to just keep the selection really slimmed down, just enough to show people how to make different cocktails. But as this has gone along, we became a full bar with regular customers and a cocktail menu that changes seasonally. We get a lot of people coming in for a drink before dinner somewhere else in Midtown.”

The challenge of building a bar cart diversified enough to explore the ever-expanding world of craft cocktails can be a daunting task, but Josh Cockle, owner of OKC-based Winship’s Bitters said step one is to focus on what you know you like.

“Do you like to drink lighter liquors or do you like darker liquors?” Cockle said. “What sort of clientele are you serving, or what do you think your friends at your party are going to like? Maybe they like Old Fashioneds, so make different spins on that but if the party is a bunch of people that you know don’t want to drink heavier things, then make something light and refreshing like a Daiquiri and use some lime bitters in it so it’ll be the best Daiquiri they’ve ever had.”

"I thought people would feel the same way that I do and would like to see more craft cocktail tools available to the public."
—Julia McLish tweet this

Cockle became fascinated with the potential of good bitters when he started making them while bartending at Ludivine back when even a good, simple orange bitter was hard to find in Oklahoma. Cockle said that good mixology is less about stockpiling obscure and expensive spirits than it is about making the five or six ingredients in the cocktail perfectly copacetic.

“It’s really about balancing drinks, just like making good food,” Cockle said. “We often run into the misconception that this is unapproachable and that you have to be super knowledgeable to make a balanced cocktail, but it’s really not super complicated. When you’re at home making cocktails for your friends, begin with the simple aspects of classic cocktails and let your own creativity expand out from there.”

On the balance front, over-pouring and waste are the bane of every bartender whether slinging drinks at a high-volume club or trying to keep up at a house party. That’s why McLish said that no bar is complete without pour spouts and an atomizer.

“They are these little spray bottles that look like perfume,” McLish said. “If there’s an ingredient that’s really powerful like a peaty scotch or absinthe, you don’t necessarily want to add a liquid measurement but are instead just trying to rinse the glasses. Otherwise you have to pour in, swirl the ingredient, then dump it. The atomizer might seem extra fancy but it’s really useful.”

Having a bar bible with cocktail recipes is really helpful, McLish said, and carries a selection including her own go-to The Bar Book by Jeffrey Morgenthaler.

Vault Ice is a surprising success story of a Norman producer exploding onto the national mixology scene. Seth Stevenson is the director of business development for Vault and said the company started with cutting ice for Whiskey Cake in 2016, but are now shipping ice to thousands of restaurants, bars and hotels in 21 states.

Cocktail enthusiasts bristle at the sight of a carefully crafted drink hitting the table with a fistful of bar ice slowly ruining the otherwise beautiful and balanced chemistry.

“Traditional bar ice melts really quickly,” Stevenson said and added that this not only waters down the drink but also changes the flavor because of contaminants. “Our water goes through three-stage filtration including reverse osmosis, UV filters and water softening to pull out 98 to 99 percent of particulants. Pretty close to medical grade. The goal is to give customer most authentic delivery of their favorite libation without watering down or adding weird flavors to it.”

Vault Ice is designed to be as clear, flavorless and tasteless as possible, but also to melt slowly. A little water is still necessary, Stevenson said, to separate the fiery ethanol from the flavorful guaiacol. When the ice melts at a proper rate, the guaiacol will release the nose of the spirit to the top of the drink while the ethanol will sink. If the ice melts too fast, the guaiacol is buried under the water.

Barkeep uses Vault Ice cocktail rocks in the drinks they make but also sells sleeves of the ice for use at home. Because the rocks are so dense, they melt slowly and are good for a 10-minute drive. For a longer trip, there are insulated bags available.

“Better ice means a better-tasting drink which means improved customer satisfaction,” Stevenson said. “This is how you get customers to come back.”