Local eateries serve their food with a side of live music.

In last year’s Food Issue, we highlighted several concert venues — Chesapeake Energy Arena, The Jones Assembly, Opolis — where you can see a nationally touring act and also eat a better than decent meal. This year, we’d like to offer a variation on the theme and serve up a menu of restaurants where, in the process of filling your belly, you’re quite likely to fill your ears with the sumptuous sounds of live, often locally sourced, music. You should also be aware that in addition to live music, many of the restaurants/venues listed below host comedy, drag, burlesque and art shows, making the Oklahoma City metro’s cultural palette more diverse and interesting, feeding our heads as well as our stomachs.

The menu offers well-crafted burgers and fries, nachos and wings, and true to its name, the Speakeasy offers plenty of booze options that, thankfully not true to its name, weren’t brewed in hoodlums’ bathtubs. Also true its name, Speakeasy’s many comfy nooks, crannies and corners offer opportunities for jovial, reasonable-volume conversations. The first floor hosts rock, hip-hop and comedy concerts and dance and burlesque nights, but except in the case of large events such as Robot Saves City’s massive multimedia art shows, it’s entirely possible to stop into the Speak for drinks and remain barely aware that a talented local band or comic is performing on the other side of the building, so it’s definitely worth exploring. 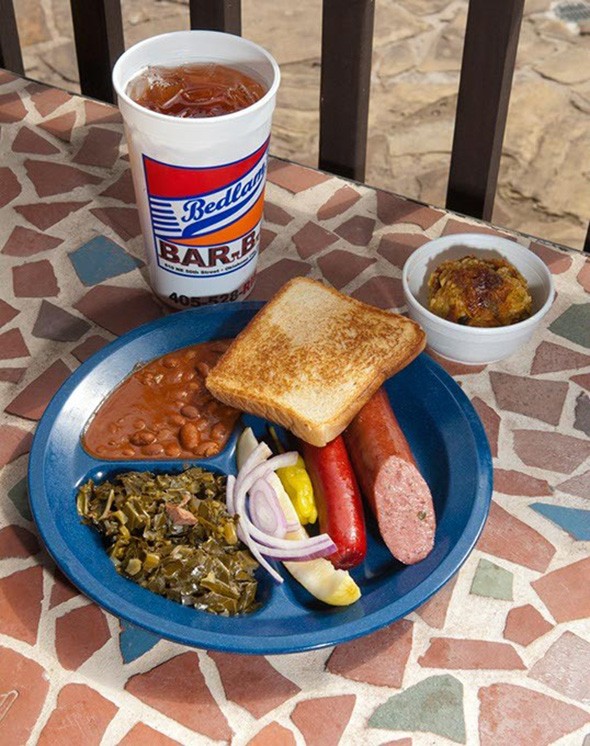 You can get traditional smoked meats (brisket, ribs, chicken, pulled pork, sausage) and sides (fried okra, mac and cheese, potato salad, collard greens) plus some unexpected options (tabbouleh salad, veggie burgers, Vietnamese egg rolls) seven days a week at this restaurant named for the famed sports rivalry between University of Oklahoma and Oklahoma State University. But on Saturday nights, you can also catch live performances by local singer-songwriters and Americana, jazz, blues and other acts that pair well with saucy meats. On Sundays from noon to 3 p.m., music fans and foodies have another chance to congregate at Bedlam’s weekly gospel brunch.

Showing up late to local shows is an unfortunate but time-honored tradition pretty much everywhere, but Bison Witches offers plenty of incentive to arrive for concerts and open mics before 10 p.m. when you can order from a full menu of appetizers and entrees. For the long night of spirits and songs ahead, you could do much, much worse than carb-loading with a sandwich — The Sooner (roast beef, turkey, smoked Gouda and Russian mustard), Green Turkey (with bacon, avocado slices, cream cheese and alfalfa sprouts) and generously topped Veggie offer site-specific variations alongside the standard club, pastrami and Reuben — or soup (chili, chicken tortilla, cream of potato, broccoli or mushroom) served in a bread bowl.

In addition to open mics and other events, Hubbly Bubbly’s stage is home to Art of Rap and Heart of Hip-Hop, a monthly competition and showcase where some of OKC’s most talented MCs hone their craft. You can grab a seat in the lounge’s tightly packed couch labyrinth to sample from a vast menu of hookah flavors, but if you feel like ingesting something solid, you can also order Mediterranean cuisine such as beef gyro, chicken shawarma, falafel and kefta kebabs, as well as fried zucchini, chicken tenders and wings, onion rings and cheese sticks. 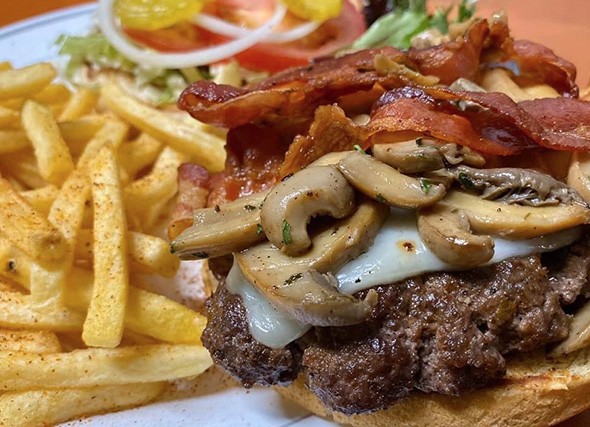 This restaurant and venue opened at its Campus Corner location in 1977 and recently reopened in the same spot after sustaining extensive damage in a 2017 fire. The menu includes crab-stuffed mushrooms, fried calamari, lasagna, Parmigiana and garlic-crusted rib-eye steak, and the stage hosts jazz, blues and reggae acts as well as the metro’s longest running comedy open mic. 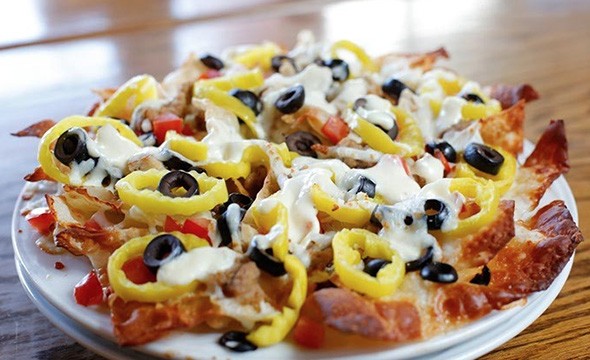 Sauced’s patio and dining area give diners plenty of space to enjoy its many pizza, pasta, sandwich and salad options in relative peace while its adjacent bar Sauced on the Side hosts varied and engaging music, comedy and poetry nights where you’ll see and hear things they’d never allow at Chuck E. Cheese.

When the music’s over, you’re likely to catch musicians anywhere affordable and filling that’s still open after they’re done loading the van. The usual suspects include IHOP, Whataburger, Waffle House and every 24-hour drive-thru, but less common options are also available. If you managed to get out before the bars close, Flip’s Wine Bar & Trattoria, 5801 N. Western Ave.; Guyutes, 730 NW 23rd St.; The Pump, 2425 N. Walker Ave.; and on Friday and Saturday, Polk’s House, 2319 N. Lottie Ave., are open until 2 a.m. If you tarry past last call, Beverly’s Pancake House, 3315 Northwest Expressway, is always open.