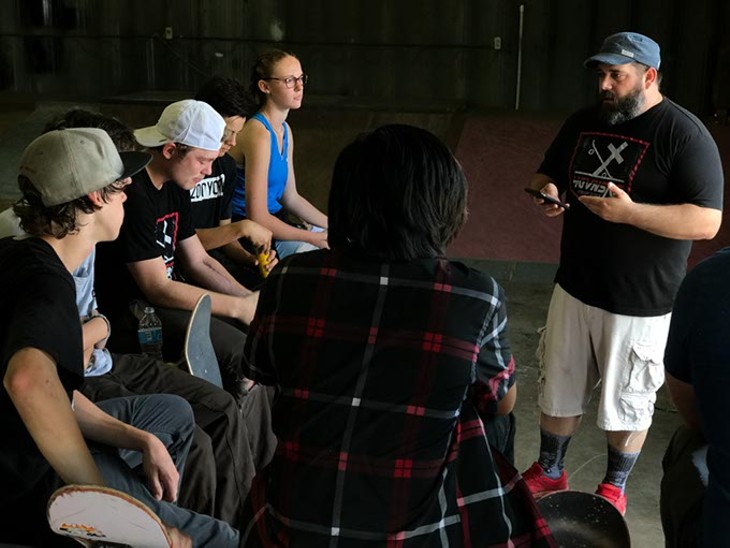 Those outside the fold of religious life would be forgiven for thinking that church is strictly one place. For serious Christians, church can take place anywhere: a building with pews and stained glass windows, someone’s home or even a skate park.

“Church isn’t about the four walls,” said Darrin Zdanowski, a founding member of Forgiven Skate Church and its lead pastor.

Forgiven Skate, officially recognized as a church with nonprofit status, began as a Bible study started by Charles Steiger, who now plays in the Christian rock band Brightside Flight.

According to Zdanowski, Steiger started the Bible study at South Lakes Park’s skate park after noticing that it functioned as a de facto babysitter for its visitors.

Steiger’s decision to be a positive influence created a ripple effect for Zdanowski, who had moved to Oklahoma with his wife and children after serving in the Air Force.

Zdanowski said he missed being involved in mentorship programs. But when he visited a local skate shop, he heard about Steiger’s work and the seeds of Forgiven Skate were sown.

“I thought we could actually do something bigger than just a Bible study to reach a larger crowd,” Zdanowski said.

Zdanowski said Forgiven Skate had a one-year hiatus during the move, at which point Steiger had gone on to pursue his music and Heath Shelton had joined the church. During that time, the group held services at other parks.

Industrial Skatepark is currently in the process of moving to another location in Oklahoma City, so Forgiven Skate holds its services on Saturdays. 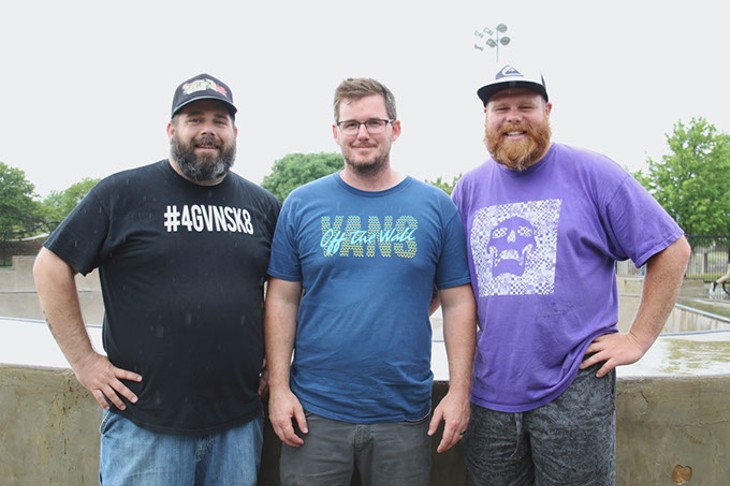 “It’s an unorthodox service,” Zdanowski said of Forgiven Skate’s Saturday meetings and skaters. “Their form of worship is their skateboarding, and we also bring the gospel to them in the form of a Bible study.”

The services involve about four hours of open skating and a brief devotional. Zdanowski and Brumback both said that Forgiven Skate’s approach is relational.

“We work on building relationships with the skaters so they’ll know that people out there care about them,” Brumback said.

The leaders at Forgiven Skate said they are aware that the mainstream perception of young skaters is frequently a pejorative picture of loiterers who scratch up handrails. Brumback, who skated when he was young, said he can relate to the perceptions surrounding those who attend Forgiven Skate.

“Isn’t that a metaphor for life?” Brumback said.

Zdanowski said that there are many community centers geared toward sports such as basketball and baseball, but similar organizations for skating and other extreme sports are not as accessible.

Consequently, Forgiven Skate finds itself positioned at the crossroads between the spiritual and the practical, trying to help people in multiple ways.

One of the church’s main goals is to help young skaters actualize their potentials through careers that allow them to preserve their love for skating.

Heath Shelton started photography 21 years ago, borrowing his dad’s equipment at the request of friends who wanted him to document them at the skate park.

“The skate park guy started buying my photographs,” Shelton said. “I’ve been doing photography ever since.” 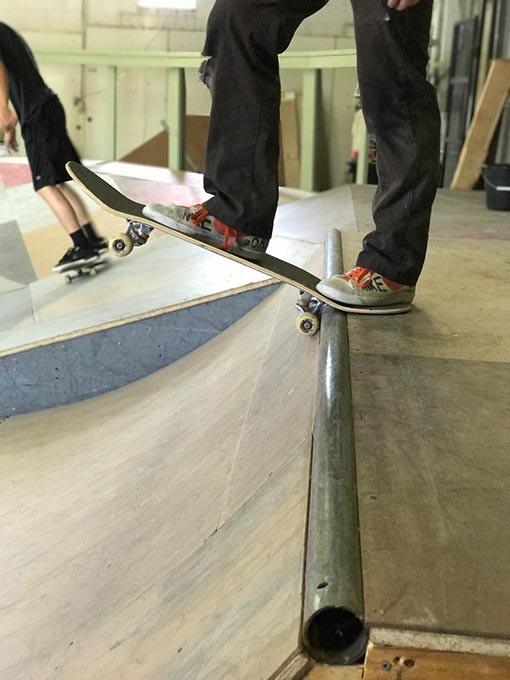 Having proven that church is not about any one specific location, the leaders of Forgiven Skate do hope to put down roots in a building they can call their own.

“The big vision is to have our own facility where we can have classes, we can have skate church and be a skate park that’s open to the public at the same time,” Brumback said.

While Forgiven Skate has a large amount of donated materials, the church lacks a location.

“We have a skate park,” Brumback said. “We just need a place to put it.”

As they work for a permanent location, the leaders of Forgiven Church have continued to hold and attend local and regional events.

While Zdanowski and Brumback both mentioned a current of skate culture that avoids Christianity, they said that there is a network of Christian skate ministries throughout the United States as well as public figures like Brian Sumner, a Christian pro skater.

Shelton said that the success of Forgiven Skate’s public events proves a willingness within skate culture to accept Christianity.

“The perception is there that these guys are doing good, or you would have 200-300 people at an event,” Shelton said.

In August, Forgiven Skate will take a skate trip to McKinney, Texas, where J.D. Danielson works out of Crosseyed Skates, another Christian ministry.

The church plans to have a skating competition in Edmond’s Mitch Park later this year; it’s tentatively scheduled for Aug. 12.