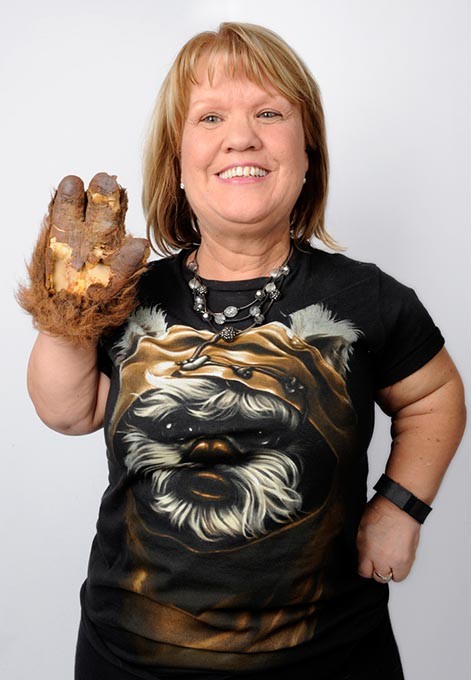 Even on their first days on set, Kendra Wall Dahl said film producers went to great lengths to keep any in their group from knowing they were about to appear in a Star Wars movie.

Dahl, a 4-foot-4-inch resident of Oklahoma City, is listed by her maiden name in the credits for her role in Star Wars: Episode VI - Return of the Jedi. She was one of the 100 little people who were secretly cast as the scavenging, teddy-like Ewoks.

Dahl was told she was set to appear in a vague horror film called Blue Harvest and noted that no punches were pulled from preserving the film’s true identity. Her set pass said Blue Harvest. They all had Blue Harvest shirts. Everyone on set was bound by the same Blue Harvest call sheet.

But you can’t keep a secret as big as Star Wars forever. And who would want to? Without realizing it, the smallest girl in the Wall family had stepped into one of the biggest feature films the world had ever seen.

Dahl was born in suburban Chicago, the fourth of five children in an otherwise average family. She said she was not especially coddled by her parents because of her height.

“I didn’t get breaks,” she said. “I had to do the chores; I had to do just the ordinary things.”

Her family moved to Oklahoma City when she was in junior high. Dahl went on to attend Putnam City High School and the University of Central Oklahoma.

Anyone is nervous about moving to a new place, but Dahl said the friendly people in Oklahoma made it an easy transition.

Still, she did not grow up separate from little people. Every year, she would attend the Little People of America conference, where hundreds would gather for events, meetups, competitions, trips and workshops.

Dahl got involved in Star Wars at a casting call at one of these conferences.

Picking through the selection of fine, catered movie set foods for lunch on the first day of shooting on location in the redwood forests of northern California, Dahl was already nervous.

After their break, she was scheduled to move around in-costume for George Lucas when, a few days before, she had never imagined she would ever be in a Star Wars film.

She filled her plate and looked for a place to sit. It was after most people in line had gone through, so seats were mostly full, but some were already getting up. One of those finishing was Mark Hamill, who had been sitting with the other leading actors in the film.

Hamill offered her his seat and took off. Soon, Dahl was eating with Carrie Fisher and Harrison Ford. They never spoke with her, but Dahl said she really took in the moment.

“It was like, ‘These people are really big, and this is really exciting to be part of this,’” she said.

She said her eventual performance in front of Lucas went fine, despite the perils of fidgeting around the woods with a tight, padded costume. 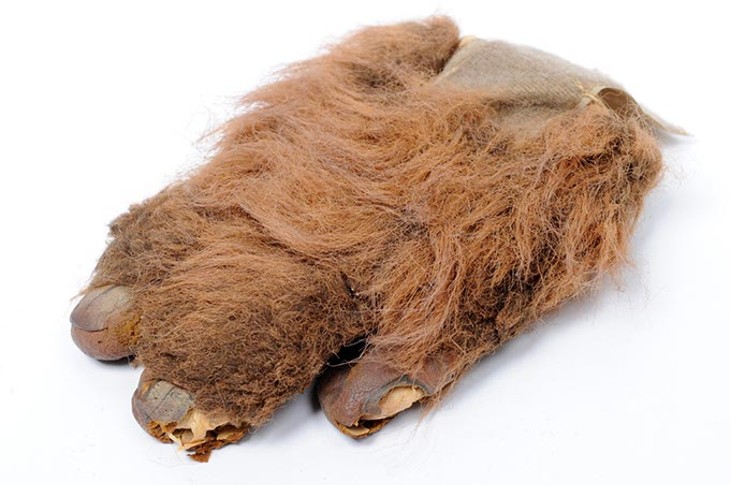 “The vision of the little goggles, the eyes, was very limited, and the mask was right up against our face,” she said. “And you have this whole costume on where you’ve kind of got pillows underneath, so you’re padded like the Michelin Man and you’re walking awkwardly on uneven ground because it’s in a true forest.”

Her character can be spotted most clearly on two occasions: once reaching for Han’s blaster while he’s entangled in a net with the rest of the crew and again later, attacking a Stormtrooper.

As welcoming as Oklahomans and many others have been, Dahl says staring eyes and whispers seem to follow her wherever she goes. She always wished some of those stares would turn into a friendly hello or a courteous nod. No one likes feeling different, she said.

She’s using the Episode VII release as a platform to communicate her personal Take 5 initiative, a program she developed in which she goes into classrooms and speaks to children about how to approach people with differences.

The idea is that someone should take five seconds or minutes when they see someone of a different race or height and wave hello to them instead of just staring. It might even help to open up a conversation with the person.

Once communication opens up with another person, differences are pushed into the background as our similarities are brought to attention.

“A lot of people tell me, ‘I forget you’re little,’” she said, “because it just becomes a part of every day. You’re just another person.”

In a universe where men and women can peacefully work alongside Wookies, droids and Ewoks, Dahl said she hopes those seeing the new film can at least make an effort to be kinder to those already around them.

“Like Yoda says, ‘Size matters not.’ I like the messages and the inspiration,” she said, “Star Wars is very positive, very inspirational.”

Print headline: Moonlighter, Kendra Wall Dahl became an Ewok and found her place among the stars.