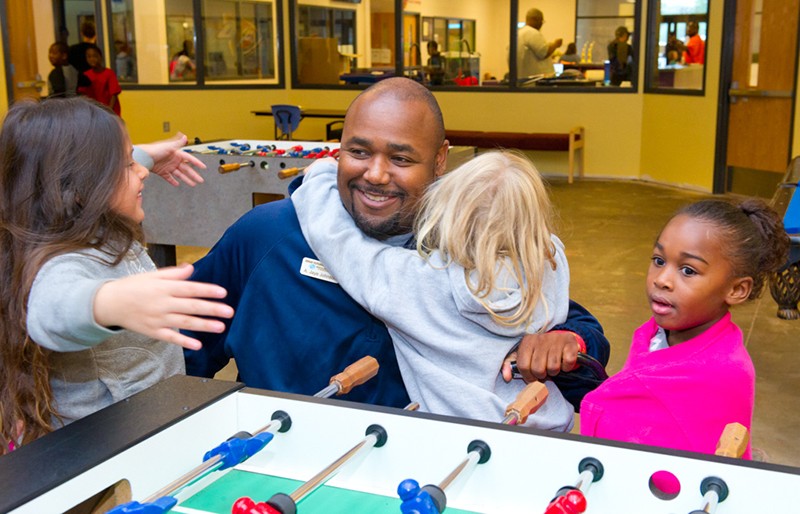 The Oklahoma Center for Nonprofits will honor four nonprofit leaders for their work throughout their communities with the center’s fourth annual Visions awards.

At the November event, A. Jaye Johnson, unit director of the Boys & Girls Clubs of Oklahoma County, will receive the Special Recognition Award for his twelve years of service to local children.

As unit director, Johnson is responsible for the management of the staff and children in order to ensure that the club is providing a safe environment in which children can have fun.

The club, open to all kids ages 6 to 18, offers programming in areas like tutoring, arts and crafts, music and karate.

About 85 percent of the club’s members come from single-parent homes, so Johnson has stepped up to become a mentor to more than 350 kids who attend the club daily and said he has enjoyed watching them grow and mature over the years.

“I’m the one who’s blessed. People say that I’ve blessed the lives of many. No. These kids have blessed my life being able to be a part of theirs,” Johnson said.

Last May, Johnson suffered a massive stroke that left him temporarily paralyzed and unable to speak. During his six-month recovery time, all he could think about was getting back to see his kids.

“They’ve helped strengthen me to get back,” he said.

He walks with a cane now, but it doesn’t matter to the many children whose lives he has impacted.

For more information about the Boys and Girls Clubs of Oklahoma County or to donate to the nonprofit, visit bgcokc.org.

Tim McLaughlin of Fields & Futures will earn the Visionary Impact Award for his tenacious fundraising efforts to rebuild playing fields for kids in the Oklahoma City Public School (OKCPS) district.

Rebuilding every playing field in the OKCPS district is a $5 million project. So far, Fields & Futures has rebuilt softball, baseball and soccer/football fields at Jefferson and Webster middle schools.

McLaughlin has combined his fundraising expertise with Sinor’s plan of action.

“[McLaughlin] decided kids are going to join something, whether that’s a gang or whether it’s a sport,” said Jill vanEgmond, vice president for external affairs at Oklahoma Center for Nonprofits. “So it’s starting with the fields and the kids getting involved and taking pride in that, and then it’s moving out into the whole community.” 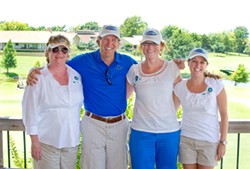 Sinor said the pride developed from the new fields has spread from students to the community.

“It has been such a boost for our communities,” Sinor said.

“When you look at some of the schools that [don’t have new fields], you can see trash all over the place. You look at the schools that have been done and the community takes care of it. They are excited because now they have a place to watch games, have their Little League teams and have their pickup games.”

Sinor said he has also noticed increased game attendance at recently remodeled fields and there have been higher participation rates among students.

“In years past, our students would travel outside the district and see what other districts have ... they would ask, ‘Why don’t our fields look like that?’” Sinor said. “Now they have something that they can be proud of. More kids want to participate because now they have a field to play on.”

Cleats for Kids donates 300 pairs of athletic shoes every month, and the Wes Welker Foundation puts up money for field equipment like goals and bases. Cimarron Construction Co. provides much of the labor at or below cost.

“This is how we’re able to get the bang for the buck ... we’ve got lots of people taking pieces and parts of the redevelopment,” McLaughlin said.

Next year, $2 from all Oklahoma City Energy Football Club tickets will go toward Fields & Futures to maintain the new fields.

“We really need to have the community wrap around these schools and support them however they can,” McLaughlin said.

Ken Fergeson, chairman of NBC Oklahoma in Altus, will receive the Lifetime Achievement Award for being an agent for change in the community in his role as a board member at 24 nonprofits.

The Oklahoma Center for Nonprofits provides more than 17,000 nonprofits in Oklahoma with the training, advocacy, support and resources they need.