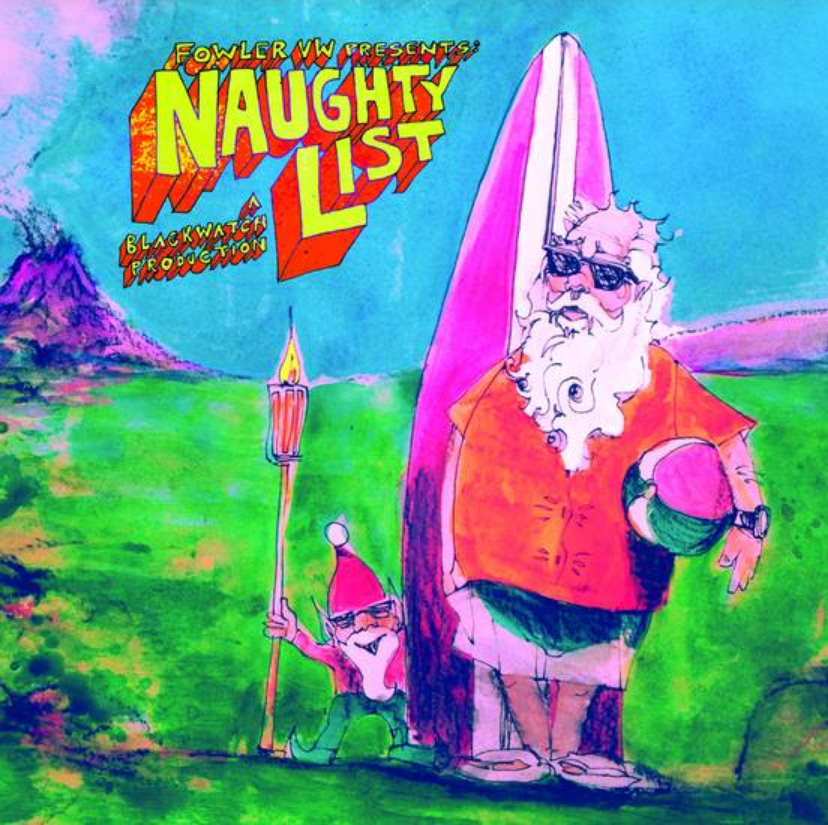 That idea was very simple but genius one at the start, with bands like Evangelicals and The Boom Bang giving their spin on would-be Yuletide standards on the inaugural, Nice People-produced record.

The next three editions of the Fowler VW-presented tradition moved over to Blackwatch Studios, where plenty more acts as varied as Samantha Crain, Stardeath & White Dwarfs, Parker Millsap and ADDverse Effects created the next “Frosty the Snowman” or “Silent Night.”

Following the more tightly curated and sequenced Holly-Tonk & Jingle Beats release last year, the quest to become the “Indie Christmas Capital of the World,” is even more refined and narrowed with the fifth release: Naughty List. It’s a streamlined and cohesive lineup of Blackwatch regulars (Ryan Lindsey, Sherree Chamberlain, Brine Webb among them) who create the least compilation-like volume to date.

It’s a willfully diverse, musical time capsule of a record with its creators’ tongue planted firmly in their cheeks, one that is as eager to tickle your funny bone as warm your heart.

Skewering ’90s Christian pop pitfalls, “The Christmas Pledge” is the smartest and most sneakily clever — the muted flute at its climax and exaggerated pronunciation throughout are side-splitters — version of these satirical creations, though.

Maybe those overt entries speak to the flashy, over-the-top nature the holidays can so often succumb to. But it’s those subtler moments — earnest or not — when Naughty List best captures the spirit of the season.

In fact, the ambient mood vignettes might work even better than the amiable lyrical constructs and auditory lampoons. “Sugarplums” evokes the warm self-reflection and twinge of pensiveness that mark a time of year that can be so sweet for some and so empty for others. And “Season’s Reasons” says a lot, despite leaning entirely on softly R&B-induced hooks bubbling with blooming jazz ebbs and flows.

Naughty List isn’t always able to find the perfect combination of “Grandma Got Run Over by a Reindeer” goofiness and hymnal sincerity, but when it does — especially on point in “Ring, Ring, Ring,” with a closing Johnny Cash middle finger to Ebenezer Scrooge: “If you make me work on Christmas / You can kiss my ass” — the “Indie Christmas Capital of the World” goal isn’t just a holiday wish but a real gift under the tree.