Fre$hjay and Nued Maj get things Started with new EP 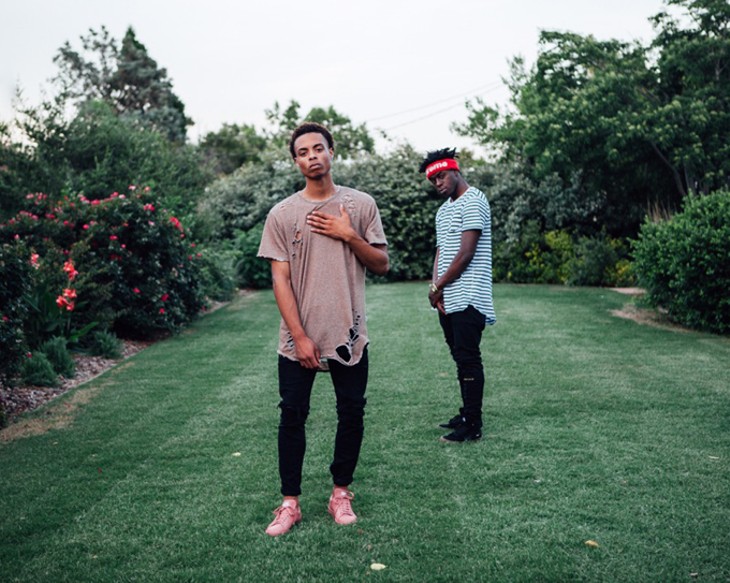 A local duo is using its new EP to get Oklahoma’s hip-hop buzz started. Rappers Fre$hJay and Nued Maj are two of the state’s youngest up-and-coming musicians.

The elder of the two, 21-year-old Fre$hJay, was born Josh Tennial in Sherman, Texas. His family later moved to Edmond, where he graduated from Edmond Santa Fe High School. There, he discovered his interest in pursuing a music career. He tried his hand at rapping and began experimenting with audio engineering software so he could make his own beats as well as mix and master his music.

Maj, born Levar Swindall II of Jersey City, New Jersey, is still working toward a diploma at age 17. Maj’s family moved to the southwest side of Oklahoma City and enrolled him at Westmoore High School. Much like Fre$hJay, he began experimenting with music at an early age. As a freshman in high school, he began pulling instrumental beats from YouTube to use with his lyrics.

After meeting through a mutual friend, the two began collaborating. Initially creating material together for two separate solo projects, the duo later decided to combine the work and release it as an EP, Started.

“We needed something for the summer,” Fre$hJay said. “We weren’t rushed. We were just having fun with it like we did when we first started making music.”

The project was heavily produced by another young Oklahoman. HiVolumeBeats, born Dale Jefferson, of Edmond said he began working with audio software during his freshman year of high school after experimenting with a T-Pain phone app that altered users’ voices through Auto-Tune.

“A lot of people are competing, not being a group,” Fre$hJay said. “They’re not pulling in other artists and helping.”

Maj and Fre$hJay said coming out of Oklahoma City can sometimes be difficult because of what seems to be a lack of support from people locally.

“We’re not Atlanta. We’re not Los Angeles. We’re not New York. We don’t have an industry here,” Maj said, “It just seems like there isn’t much to work with. Some of it is a lack of support, and some is people just not knowing.”

The musicians said that is something they would like to change. They want to solidify an industry for hip-hop and bring a mainstream buzz to the state.

“We’re in the Midwest,” Maj said. “We don’t have a sound already that we’re trying to incorporate. So we can be the forefront.”

For more on the artists’ upcoming projects, follow them on Twitter at @FreshJay_OO and @NuedMaj. You can stream their collaborative EP for free on Spinrilla at spinrilla.com/artists/freshjayoo and SoundCloud at soundcloud.com/freshjayoo.