For more than 40 years, fans have adored the story Freaky Friday. From its novel debut in 1972 to the film adaptation in 1976 with Jodie Foster and again in 2003 with Lindsey Lohan, families have enjoyed immersing themselves in the delightfully hilarious tale of a mother and daughter who magically wake up one Friday morning having unknowingly switched bodies overnight.

This year, The Walt Disney Company gave a few theaters across the nation permission to use the film’s story line and turn it into a theatrical celebration featuring unique music, plot twists, characters and costumes. Lyric Theatre of Oklahoma took on the challenge and will debut its modern-day version of Freaky Friday June 26.

“This is a brand-new story based on the concept of Freaky Friday,” said Lyric Theatre’s producing artistic director, Michael Baron. “Our version is super modern and relatable to families today. Throughout the play, characters can be seen embracing diversity and feminism, which I don’t think audiences really saw in past productions.”

"I wanted to know if what she read in the script really mirrored what life for her is like in high school right now." — Jennifer Teel tweet this

Indeed, in every scene except for one in the play, women are in the forefront.

“In the one scene where men are in the forefront,” Baron said with a laugh, “they are talking about the women.” 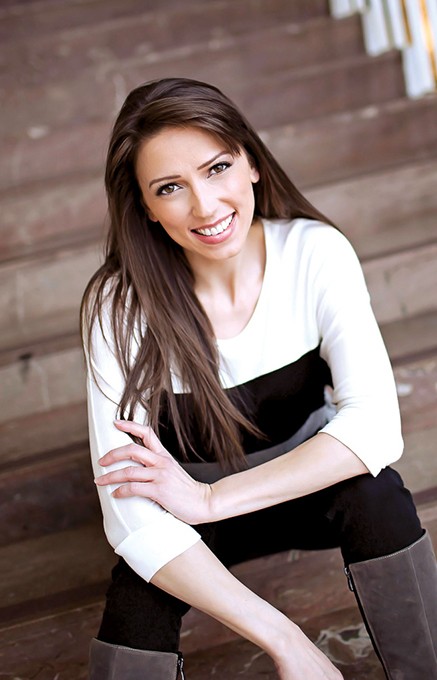 For as modern as the version is, Jennifer Teel, who plays the mother in Lyric Theatre’s production, said the story’s message is one that surpasses time.

“It’s ancient,” Teel, an Oklahoma mother of two, said. “As parents, we get busy trying to provide the best life possible for our kids. Our days are filled with trying to balance our work life, home life and personal life. It becomes easy for us to believe that our kid’s problems can’t possibly be bigger than ours.”

She hinted upon the play’s opening song titled “I Got This,” in which, after both the mother and daughter have realized they have switched bodies, they declare that the change will be a breeze since each views the other’s life as a walk in the park.

“The daughter, once in her mother’s shoes, realizes just how hard her mom works and how much she really loves her children while the mother realizes that her daughter’s problems are far from trivial,” Teel said. “They switch bodies just in time, right before a connection between them could have been lost but is instead made stronger.”

The best part of the play, Teel said, is that families will walk away from it with either a better understanding of one another or a desire to learn more about one another.

“No matter how small our kids’ problems might seem, the reality is that if they are big to our kids, then they are big — period,” Teel said.

She rehearsed her lines for the play with her teenage daughter.

“I wanted her perspective,” Teel said. “I wanted to know if what she read in the script really mirrored what life for her is like in high school right now.”

Her  daughter, 15-year-old Sarah, said the play is spot-on.

In addition to the outward theme of the mother-daughter bond, the play also touches upon topics like acceptance of homosexuality and the benefits of diversity.

“High school today is not like how high school was 30, 40 or even 20 years ago,” Baron said. “And audiences who see this play will pick up on that quickly.”

Like most theatrical successes, the moral lessons in Lyric Theatre’s Freaky Friday are conveyed through stunning song and dance performances.

“The music in this play is outstanding,” Baron said. “There’s a lot of pop rock and a lot of collaborations. I think the audience will get a kick out of the music and the humor.”