Contrary to public perception, a mayor’s annual State of the City address is neither free nor hosted by the city. 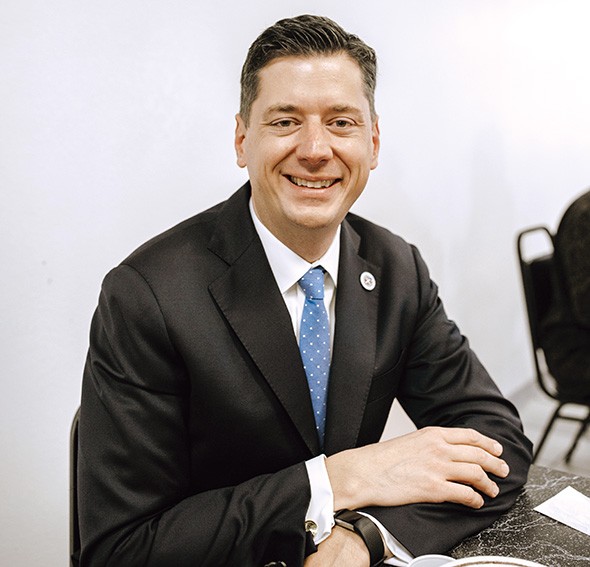 “I’m hoping everyone will hear it,” Holt said.

But if you’re looking for a free show where you can hear all about the progress that has been made in OKC while surrounded by neighbors and enjoying a meal paid for with your hard-earned tax dollars, think again.

Contrary to public perception, a mayor’s annual State of the City address is neither free for the public to attend nor hosted by the city itself.

Since its inception in 1998, the OKC State of the City address has been organized and hosted by Greater Oklahoma City Chamber and not by the city itself, meaning no tax dollars go toward hosting the event.

Instead, chamber spokesman David McCollum said, those who wish to hear the speech in person must pay $60-$100 each to do so.

“There are expenses that go into hosting the event,” McCollum said.

While the chamber’s website boasts seven sponsors of the event, including Walmart, Devon, Hobby Lobby and Oklahoma City Thunder, McCollum said money earned through ticket sales goes toward covering the event’s costs (overhead, stage production and lunch that is served to the usually sold-out audience of 1,500 people).

“This is usually a big event with a great turnout, and we are expecting even more interest this year since this will be Mayor Holt’s first time to give the speech,” McCollum said.

For more reasons than one, Holt said, he believes charging audience members to hear his State of the City address in person is justified.

For starters, Holt said, the State of the City speech is more than just a speech; it’s a tradition.

“We’ve created this special occasion for people,” Holt said. “We’ve inherited this custom that’s been going on for decades now, and it’s not uncommon for the event to cost.”

Holt has yet to come across a State of the City address event where guests were not charged for admission.

“This speech concerns everyone in our city. It should be widely accessible.” — David Holt tweet this

Additionally, Holt said, if the speech was given for free, it would lose its appeal.

“If I were to just give the speech on, say, a Tuesday morning during a city council meeting for free, it’s highly unlikely that anyone would show up,” he said.

In the rare instance that all of OKC’s 650,000 residents would show up to hear a free State of the City address, Holt said, there would be no space big enough in the city to host everyone.

For years, McCollum said, OKC’s State of the City address has been delivered at Cox Convention Center, where maximum capacity stands at 13,846.

Lastly, Holt said, those who cannot afford to attend the event or who would simply rather hear the speech from the comfort of their homes have the option to do so.

“This speech concerns everyone in our city,” Holt said. “It should be widely accessible.”

While the speech is not broadcasted live, city spokeswoman Kristy Yager said it will be posted on the city’s YouTube channel a few weeks after the event.

Upon first glance at the event, it could appear to outsiders as an opportunity for the community’s wealthy to network while its mayor gives a run-of-the-mill announcement.

“Don’t miss a unique opportunity to … join OKC’s mayor and more than 1,500 business leaders for this event,” Greater Oklahoma City Chamber states on its website.

McCollum said if the event seems business-oriented it’s because it’s hosted by Greater Oklahoma City Chamber, whose main goal is to help businesses succeed in OKC.

The city’s business leaders are stakeholders just like the rest of the city’s community members, McCollum said.

And Holt said his speech will be anything but ordinary.

“I’ve watched as past mayors have given their speech and have even helped with behind-the-scenes efforts,” Holt said.

During the five years Holt served as former OKC mayor Mick Cornett’s chief of staff, he said he helped ensure Cornett’s State of the City address would be broadcast on demand and available to the public.

While community members might have heard Holt talk about the city’s triumphs, challenges and setbacks this year through speeches made at events or through social media, he said it never hurts to be reminded again.

Though he intends on addressing the city’s challenges and setbacks, he said most of his speech will consist of positive reflection on his first year as mayor and what he hopes to work on in 2019.

“I am an optimistic guy,” he said. “If I felt there was reason for me not to be optimistic, I wouldn’t. But quite frankly, I think we have a lot to celebrate.”

Former OKC mayor Ron Norick said he is looking forward to attending Holt’s State of the City address and didn’t get the chance to deliver his own address since the tradition began shortly after he left office.

“This is a special event. The mayor has the opportunity to stir up a lot of emotions in people,” Norick said. “He gets the chance to remind them of what all we accomplished as a city over the past year and what we still need to work on as well.”