Free Will Astrology: week of September 3

ARIES (March 21-April 19): "A new idea is rarely born like Venus attended by graces. More commonly it’s modeled of baling wire and acne. More commonly it wheezes and tips over." Those words were written by Aries author Marge Piercy, who has been a fount of good new ideas in the course of her career. I regard her as an expert in generating wheezy, fragile breakthroughs and ultimately turning them into shiny, solid beacons of revelation. Your assignment in the coming weeks, Aries, is to do as Piercy has done so well.

TAURUS (April 20-May 20): "Every day I discover even more beautiful things," said painter Claude Monet. "It is intoxicating me, and I want to paint it all. My head is bursting." That might seem like an extreme state to many of us. But Monet was a specialist in the art of seeing. He trained himself to be alert for exquisite sights. So his receptivity to the constant flow of loveliness came naturally to him. I bring this to your attention, Taurus, because I think that in the coming weeks, you could rise closer to a Monet-like level of sensitivity to beauty. Would that be interesting to you? If so, unleash yourself! Make it a priority to look for charm, elegance, grace, delight, and dazzlement. 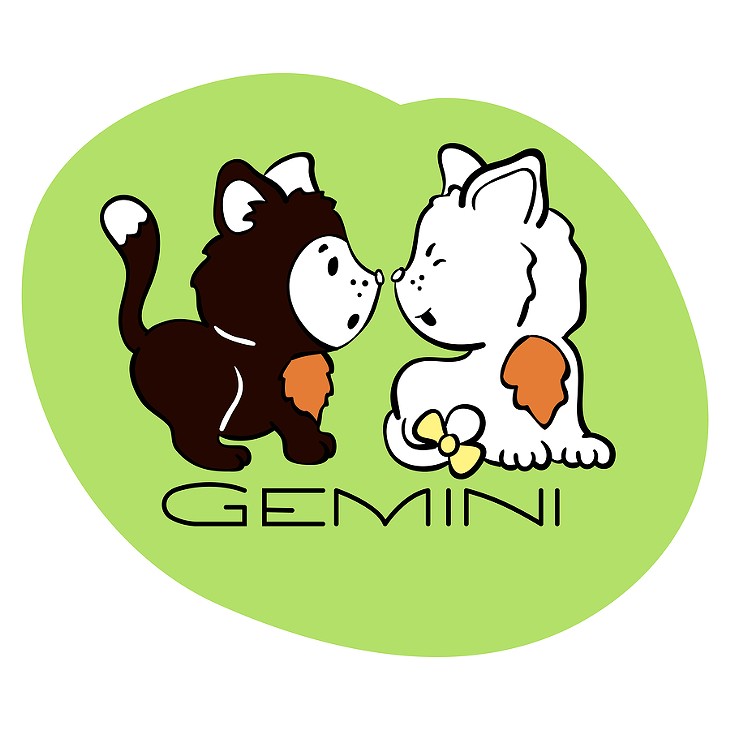 GEMINI (May 21-June 20): Author Renata Adler describes a time in her life when she began to notice blue triangles on her feet. She was wracked with fear that they were a symptom of leukemia. But after a period of intense anxiety, she realized one fine day that they had a different cause. She writes: "Whenever I, walking barefoot, put out the garbage on the landing, I held the apartment door open, bending over from the rear. The door would cross a bit over the tops of my feet"—leaving triangular bruises. Upon realizing this very good news, she says, "I took a celebrational nap." From what I can tell, Gemini, you're due for a series of celebrational naps—both because of worries that turn out to be unfounded and because you need a concentrated period of recharging your energy reserves.

CANCER (June 21-July 22): "I like people who refuse to speak until they are ready to speak," proclaimed Cancerian author Lillian Hellman. I feel the same way. So often people have nothing interesting or important to say, but say it anyway. I've done that myself! The uninteresting and unimportant words I have uttered are too numerous to count. The good news for me and all of my fellow Cancerians is that in the coming weeks we are far more likely than usual to not speak until we are ready to speak. According to my analysis of the astrological potentials, we are poised to express ourselves with clarity, authenticity, and maximum impact.

LEO (July 23-Aug. 22): Of all the mournful impacts the pandemic has had, one of the most devastating is that it has diminished our opportunities to touch and be touched by other humans. Many of us are starved of the routine, regular contact we had previously taken for granted. I look forward to the time when we can again feel uninhibited about shaking hands, hugging, and patting friends on the arm or shoulder. In the meantime, how can you cope? This issue is extra crucial for you Leos to meditate on right now. Can you massage yourself? Seek extra tactile contact with animals? Hug trees? Figure out how to physically connect with people while wearing hazmat suits, gloves, masks, and face shields? What else?

VIRGO (Aug. 23-Sept. 22): "Like any art, the creation of self is both natural and seemingly impossible," says singer-songwriter Holly Near. "It requires training as well as magic." How are you doing on that score, Virgo? Now is a favorable time to intensify your long-term art project of creating the healthiest, smartest version of yourself.  I think it will feel quite natural and not-at-all impossible. In the coming weeks, you'll have a finely tuned intuitive sense of how to proceed with flair. Start by imagining the Most Beautiful You. 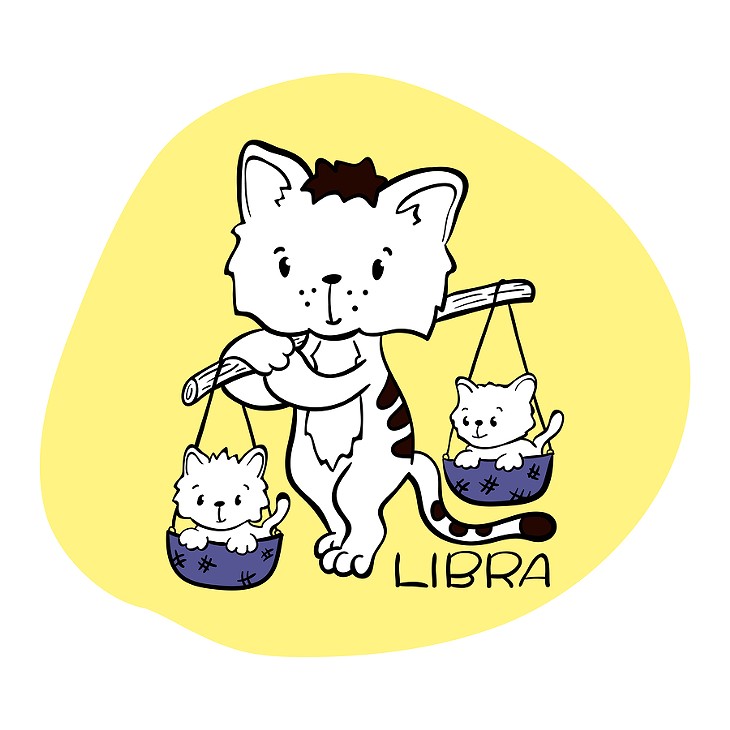 LIBRA (Sept. 23-Oct. 22): I propose we resurrect the old English word "museful." First used in the 17th century but then forgotten, it meant "deeply thoughtful; pensive." In our newly coined use, it refers to a condition wherein a person is abundantly inspired by the presence of the muse. I further suggest that we invoke this term to apply to you Libras in the coming weeks. You potentially have a high likelihood of intense communion with your muses. There's also a good chance you'll engage with a new muse or two. What will you do with all of this illumination and stimulation?

SCORPIO (Oct. 23-Nov. 21): Each of us has a "soul's code": a metaphorical blueprint of the beautiful person we could become by fulfilling our destiny. If our soul's code remains largely dormant, it will agitate and disorient us. If, on the other hand, we perfectly actualize our soul's code, we will feel at home in the world; all our experiences will feel meaningful. The practical fact is that most of us have made some progress in manifesting our soul's code, but still have a way to go before we fully actualize it. Here's the good news: You Scorpios are in a phase of your cycle when you could make dramatic advances in this glorious work.

SAGITTARIUS (Nov. 22-Dec. 21): "Life is the only game in which the object of the game is to learn the rules," observes Sagittarian author Ashleigh Brilliant. According to my research, you have made excellent progress in this quest during the last few weeks—and will continue your good work in the next six weeks. Give yourself an award! Buy yourself a trophy! You have discovered at least two rules that were previously unknown to you, and you have also ripened your understanding of another rule that had previously been barely comprehensible. Be alert for more breakthroughs. 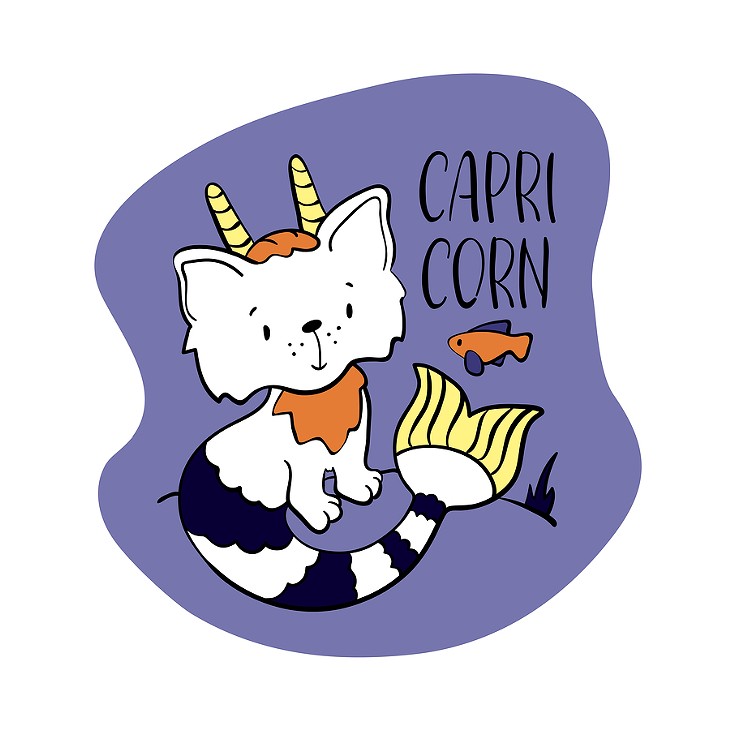 CAPRICORN (Dec. 22-Jan. 19): "If you're not lost, you're not much of an explorer," said rambunctious activist and author John Perry Barlow. Adding to his formulation, I'll say that if you want to be a successful explorer, it's crucial to get lost on some occasions. And according to my analysis, now is just such a time for you Capricorns. The new territory you have been brave enough to reconnoiter should be richly unfamiliar. The possibilities you have been daring enough to consider should be provocatively unpredictable. Keep going, my dear! That's the best way to become un-lost.

AQUARIUS (Jan. 20-Feb. 18): "Dreams really tell you about yourself more than anything else in this world could ever tell you," said psychic Sylvia Browne. She was referring to the mysterious stories that unfold in our minds as we sleep. I agree with her assessment of dreams' power to show us who we really are all the way down to the core of our souls. What Browne didn't mention, however, is that it takes knowledge and training to become proficient in deciphering dreams' revelations. Their mode of communication is unique—and unlike every other source of teaching. I bring this up, Aquarius, because the coming months will be a favorable time for you to become more skilled in understanding your dreams.

PISCES (Feb. 19-March 20): In June 1876, warriors from three Indian tribes defeated U.S. troops led by General George Custer at the Battle of Little Big Horn in Montana. It was an iconic victory in what was ultimately a losing battle to prevent conquest by the ever-expanding American empire. One of the tribes that fought that day was the Northern Cheyenne. Out of fear of punishment by the U.S. government, its leaders waited 130 years to tell its side of the story about what happened. New evidence emerged then, such as the fact that the only woman warrior in the fight, Buffalo Calf Road Woman, killed Custer himself. I offer this tale as an inspiration for you Pisceans to tell your story about events that you've kept silent about for too long. Homework: Maybe sometimes it's OK to hide and be secretive and use silence as a superpower. Example from your life? FreeWillAstrology.com