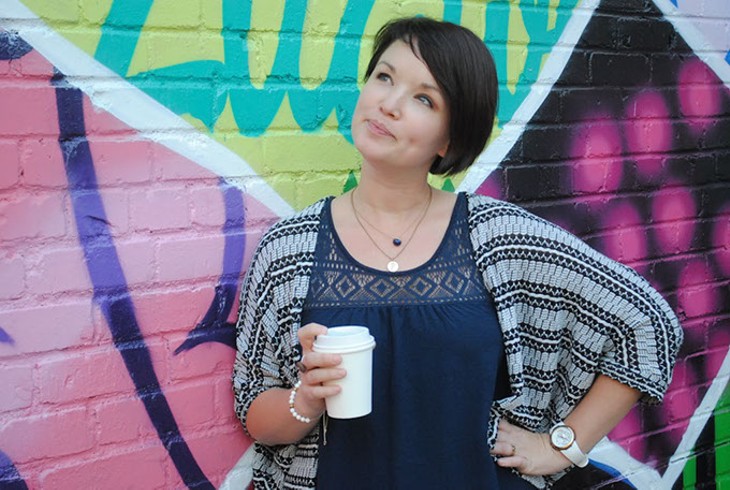 Inside the walls of Oklahoma City’s new Fresh Paint Performance Lab, the word “theater” encapsulates much more than William Shakespeare could have ever dreamed.

Conceived by Oklahoma City University alumni and theater performers, the lab aspect of the theater’s title blends arts and culture in one experimental setting. Co-founders Chelcy Harrell and Marita Stryker spoke to Oklahoma Gazette about expecting the unexpected with Fresh Paint.

“Before most productions, a new layer of paint is added to the stage before the show to make everything look fresh and new,” said Harrell, Fresh Paint artistic director. “The name Fresh Paint is metaphorical to what we’re doing with the arts.”

“We’re committed to creating a supportive space for local artists,” said Stryker, the collective’s executive director. “Our goal is to experiment, collaborate and produce original works, especially by crossing genres together.”

Stryker and Harrell performed in separate stage productions in New York, and Stryker also has experience performing in musicals on cruise ships. Between the two artists and their peers, an eclectic mix of ideas for an OKC company came together earlier this year.

“This summer, we put on a staged reading of our artistic associate Sheridan McMichael’s musical called Mary McElroy,” Stryker said. “That production made us reminisce about our time performing in New York, and we thought, ‘Why not create this experience for Oklahoma City?’”

The group hopes to foster the creative atmosphere in OKC.

“There are so many opportunities in New York and other coastal cities, but people should know about OKC’s up-and-coming arts scene as well,” Harrell said. “We noticed a lack of new productions in OKC, so we’re trying to fill that gap by creating the works we want to see here.”

With solid connections in theatrical arts and music, Stryker and Harrell created an entirely new artistic venue for OKC. Fresh Paint’s first annual Company Primer event in November was a strong indicator of what audiences can expect in years to come.

“Our first event was a kickoff and fundraiser that gave a little sample of our upcoming season,” Harrell said. “We featured a tap dancer performing to poetry, songs from musicals and instrumental performances with a culinary aspect for the audience. Since the culinary arts scene is growing in OKC, we think it’s important to include it in our program.” 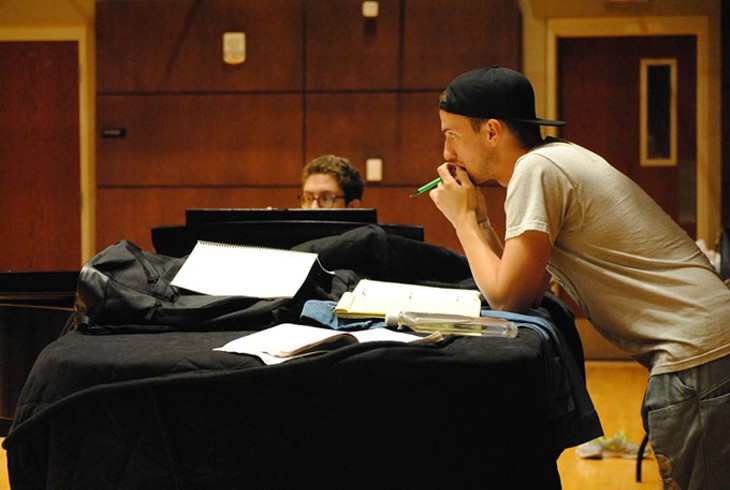 “In late January, we’re showcasing the band Everything New Is Old Again in a musical roulette,” Stryker said. “The audience draws different songs and decades for the band to perform, and we’re hoping to include a corresponding burlesque performance.”

Stryker and Harrell have plans for Fresh Paint well into the new year, and the company’s repertoire fills each season with exciting artistic works.

“We’re also planning a collaborative performance that will involve composers, visual artists and choreography,” Stryker said. “Then in March, we’ll have our first Main Stage event, which will be a new musical called Walk by Ben Harrell (Chelcy Harrell’s husband).”

Beyond finished products, Fresh Paint emphasizes workshops and collaborative idea sessions with artists before each performance. Weekend performance experiments are available to local artists who submit their work to Fresh Paint.

“We’ve created a judgment-free zone for trying out ideas so that artists get the chance to try out their works on audiences and improve as professionals,” Stryker said. “Artists need honest feedback on their developing works, and it’s also a great opportunity for audiences to contribute their support in the form of constructive criticism.”

Accessibility remains Fresh Paint’s priority when serving local artists and audiences. The Performance Lab is open to the public every Sunday. The company’s website also features a page for artists to submit their works and audiences to propose ideas for future performances.

“After each performance, we include a meet-and-greet so audiences can have individualized conversations with our artists,” Harrell said. “In addition, our theater guests can also suggest performance and collaboration ideas for local artists through our website. Even if you’re not a performer, your can work behind the scenes to help Fresh Paint stay innovative.”

“Sometimes a stage’s fresh paint has imperfections,” Stryker said. “Stages are a work in progress, and so are we. We’re always orchestrating ideas for the community to share and experience.”