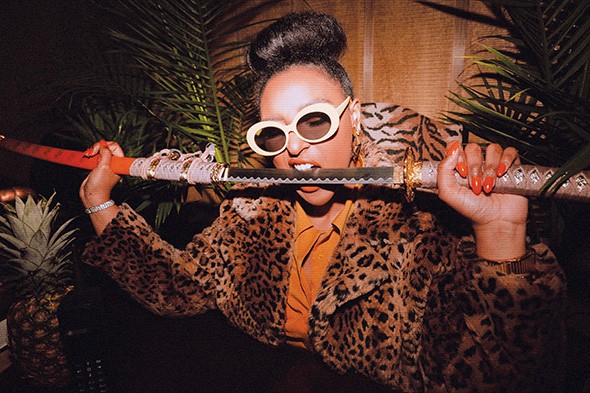 When Oklahoma Gazette last spoke to Oklahoma City hip-hop artist Miillie Mesh, she said to be on the look out for a jungle-themed album dropping in June or July. That was 2015. Jungle Juice, Mesh’s EP debut, was finally released in October of this year. At one point, she thought it might never come out at all.

“I had to find a new producer,” Mesh said. “I started on the project with a different producer, and me and him kind of clashed, so I found a new one and then I was able to decide if I really wanted to pick up and start over again with a new producer because I wasn’t even going to go that route. I thought, ‘Maybe I’ll just trash that idea.’ … Since, like, 2012, I wanted to make Jungle Juice, I think, but I just never had the producer or the beats, the things I needed to create it.”

“I wanted my music to not just be for one genre,” Mesh said. “When you listen to it, it’s not just rap. I sing on there as well, and there’s some dance breakdowns. … It’s a timeless sound, very overseas too. I didn’t want it to just be local or American. I just really wanted it to be like you could listen to this anywhere.”

But finding a producer that could help her pull it off was a challenge. After meeting local producer and rapper Bleverly Hills at a concert, she featured on his song “Thangs,” which can be heard in an episode of HBO’s Ballers. When he produced her single “Lurk,” released in June, Mesh knew he was the missing ingredient for Juice.

“With Blev, I was able to just try some things and branch out and be comfortable enough to do that,” Mesh said. “He’s very cultured in music and diverse styles, and he can do pretty much anything. I would say he’s one of the best producers in the city. He can literally make boom-bap, hip-hop, rap. He can make you pop records. … He’s not a beat-maker; he’s an actual producer.”

Mesh sent him recordings of lyrics she’d been working on for several years, and he built beats around them, reshaping several of the album’s tracks in the process.

“Three songs stayed the same because they were such good ideas, I left them alone,” Mesh said, describing “Formula,” “Givenchy” and “Monsoon.” “I think there’s only two tracks on the EP that are completely new, and that’s ‘Lingo’ and ‘Naughty.’ And ‘Tusk,’ I rewrote ‘Tusk,’ like, four times. …  The beat was sped up, and once you change a beat and the tempo and stuff, it changes the feel of the song. … It sounded like a mantra at first, but when he got a hold of it, he switched it and made it more of that jungle trap. He made it a club banger. … He made everything much more current with the beats. He made it much more pop.”

The two began making Juice in January. It was mostly finished by June, but Mesh held on to it for several more months to fine-tune it.

“I’m very particular and picky, so I was adding on extra ad-libs and just changing up different things, adding bridges and breakdowns just to make it more cohesive and give it that personality, give it my personality,” she said.

When she was satisfied with the results, she was still unsure about putting the album out after years of delays and setbacks.

“It was kind of nerve-wracking, but then it was a relief that I finally finished it,” Mesh said. “Putting it out was nerve-wracking because I didn’t know what the perception would be like. I didn’t know if people would still care after waiting for how long? They wait for it and it’s just like, ‘Is it going to come out or not?’ I pushed the release date back and back. I was supposed to drop it on the 27th, and I ended up dropping it on the 31st, and I was even going to wait again and say, ‘Hey, I’m just going to drop it next summer.’” 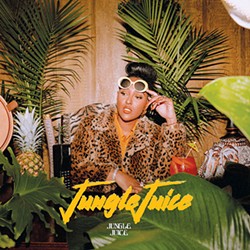 The feedback from listeners, once Mesh finally decided to release the album, has been overwhelmingly positive. She said that many people call her “the queen of rap in Oklahoma,” and Juice meets their high expectations.

“They don’t look at me as just a rapper,” Mesh said. “They say I’m an artist. … They expect things to be not what the mainstream is doing. I don’t too much follow trends. I’m not a big fan of trying to do what everybody else is doing to go viral or anything like that, so I think it was expected. When you call something Jungle Juice, it could be anything. … I don’t know what genre to place it in.  There’s rap, there’s trap on there. I tried to hit every single style and blend it together to make this perfect juice. I don’t think people were surprised at all. I think it’s exactly what they wanted.”

She’s considering expanding the EP into a “way more elaborate” full-length and planning to release a video for non-album single “Lurk” in 2019. She said she’s also thinking about taking vocal lessons to get more comfortable with singing so she can incorporate even more musical styles into her sound.

“I love rap, but there’s more genres than just rap,” Mesh said. “I’ve never been a person where I only listen to rap. I listen to techno; I listen to house music, dubstep, jazz, some classical music, some country. I like female country singers. I love ’80s music; that’s one of my favorite genres of music, ’80s pop. So I think I’m just going to be even more experimental and definitely open the gates for me to not just be a rapper, but more of an artist and a musician, etc., a singer/songwriter.”

Whatever she does next, she won’t rush it.

Even the unconventional spelling of her name is carefully thought out.