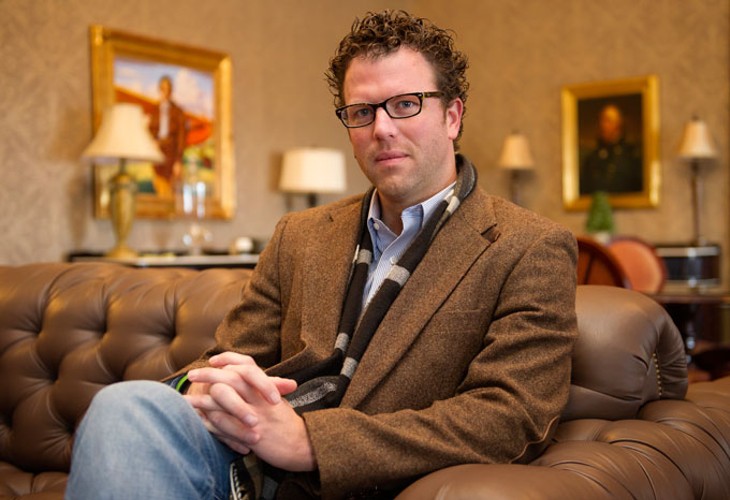 “We talked for three hours, got to know each other fairly well,” Sophia said. “There is a lot that we agree on. I think, despite impressions of the election cycle, he does have a progressive heart.”

The race in House District 88, one of the state’s most liberal clusters, featured four candidates for the Democratic ticket last year. While many Oklahoma races included candidates attempting to promote their conservative credentials, District 88, which lacked any Republican candidate, was a race for one of Oklahoma City’s progressive hubs.

Dunnington won the open seat and will enter his first legislative session with a series of progressive bills that he believes represents his constituents well.

“I think these are bills that make sense for Oklahoma,” Dunnington said about his proposed legislation. “But this is also a fight that makes sense for a representative from House District 88.”

Dunnington’s bills include legislation to raise the state minimum wage and give cities the choice of raising local minimum wages, something the state Legislature banned last year.

“Republicans want to talk all the time about local control issues, but when they had the chance to stand up to bills taking away local control, they didn’t,” Dunnington said.

He also has legislation to ticket drivers smoking in a car with a minor, extend maternity and paternity leave, provide public schools with additional financial flexibility and extend workplace discrimination protections to same-sex and transgender workers.

“I really support his nondiscrimination employment [bill] that is trans[gender] inclusive,” Sophia said. “That is something that we did talk about when we met in November, and I’m glad he is putting that forward.”

Dunnington said the need to extend protections to LGBT workers is especially important following the legalization of same-sex marriage in 2014.

Sophia made national headlines in her bid for the House seat because it was believed she would have become the nation’s first transgender state legislator. As a former Oklahoma City police officer, she also brought a focus on community issues and law enforcement to the campaign.

“I don’t have anything with law enforcement this [session],” Dunnington said. “But I hope to continue talking with Paula about that.”

Dunnington admits many of his bills, if not all, could be a tough sell for a freshman lawmaker in the minority party. But he is hopeful he can reach across the aisle to find co-sponsors on some of his proposed laws, including the bill to ban smoking in cars with minors and a bill that would extend energy conservation opportunities to schools. For other bills that might be more challenging to pass through a Republican-controlled state house, Dunnington said he is willing to defend his legislation in committee.

Dunnington also believes that despite a sometimes-heated primary campaign in 2014, his legislation represents the issues important to constituents in his district, no matter who they voted for last year.

Dunnington believes his legislation is also aimed at issues important to the middle class, which is a theme Democrats have echoed headed into the new session. At a state chamber event last month, Rep. Scott Inman, the Democratic leader in the House, said his party was using a “new yard stick” focused on the middle class.

“These are issues Democrats need to fight for for middle-class Oklahomans,” Dunnington said about his own bills. In the final weeks of the primary runoff last year, Sophia’s supporters accused Dunnington of not being progressive enough for the district, and there were other typical campaign tactics that could have created bad blood between each side. But both Sophia and Dunnington say they have a strong relationship and both look to advance the policies of House District 88.

“We’ve gotten to know each other more, and it doesn’t seem like much, but we became Facebook friends and now we can follow stuff that is going on with each other’s families,” Dunnington said. “I think Paula’s got a unique voice and one that needs to be heard in our district, and I look forward to working with her.” Next for Sophia

“I don’t want to run unless I can win,” Sophia said. “I’m just going to see what bears out.”

An active writer, Sophia has a collection of short stories scheduled to be published this year and is working on another novel. She will also be teaching at Rose State College and Oklahoma City Community College.

Sophia said she remains interested in politics as a means for change and is hopeful Democrats can see some gains in the coming years.

“We need to get on our core message,” Sophia said. “Income inequality, criminal justice reform, public education, those are issues [Democrats] can get in line on. We need to see some common-sense progress made on these issues in Oklahoma.”