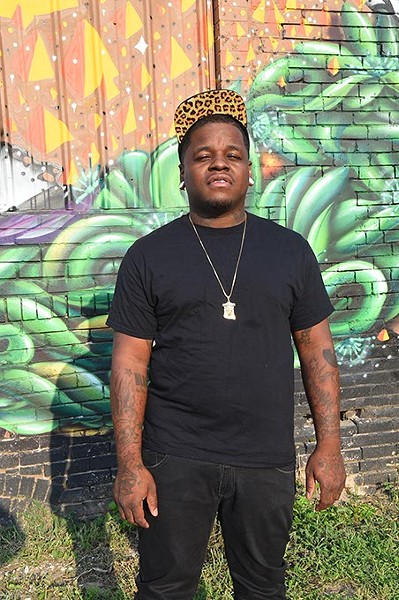 The concept started as a Twitter joke of sorts in August and quickly grew into a full-fledged show. Even though — or perhaps because — his friends are involved, he admitted that he’s a bit anxious about opening himself up to ridicule and parody.

After all, his mother will be in the crowd.

“I’m nervous because some people who are roasting me know me pretty well and are close to me,” he said. 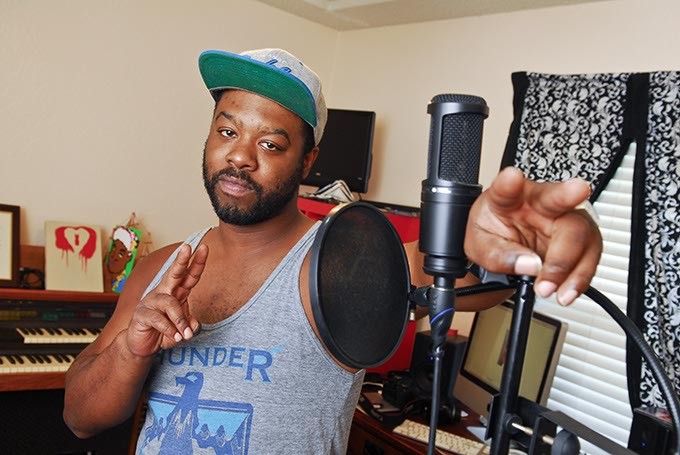 The Oklahoma City rapper said he’s most nervous about what longtime friends Harris and Patrick might sock him with.

“I’m probably the most worried about [Patrick] because I know, like, he’s pretty hard-core,” Jabee said. “He knows how to offend people.”

The night will almost certainly be a stark change of pace for the respected Emmy Award-winning hip-hop and rap artist.

Jabee said he views the roast as a sort of twisted compliment.

“People who get roasted, they’re people who people know who they are,” he said. “So, for people to feel like I’m somebody like that … I don’t know, man.”

Even so, acquaintances outside a local hip-hop event interjected themselves into Jabee’s recent Oklahoma Gazette interview to wish him well and congratulate him on his upcoming show.

Though not Jabee’s original intent for the roast, it also will function as a fundraiser for his seven-stop tour through Germany and Sweden later this month, where he opens for Swedish rap group Looptroop Rockers.

And though he’s set to leave Oct. 24, he admitted he lacks the ticket and the funds needed to make the trek.

The gigs came about recently after Jabee emailed Looptroop frontman Promoe to introduce himself and said he would love to be added to a European tour if it could be arranged.

He happened to wake up at 4 a.m. one morning to find a response waiting in his inbox. Promoe wanted Jabee on the tour, in which he will perform in front of sold-out crowds topping 1,000 people.

While there, he said, he hopes to make enough connections to ensure this trip won’t be his last.

“I’m just going to use it as an opportunity to build and network,” he said. “It not only helps you there (in Europe), but it means a lot when you come back.”

Aside from the professional benefits, Jabee said he’s also excited to explore and relish the unique opportunity.

“I’m from the east side of Oklahoma City. You know what I’m saying?” he asked; he said he and most of his friends could only travel to places much closer to home. “I’m going to Europe for rap music. If you had met me when I was like 15, 16, 17, you wouldn’t have thought that … It’s a whole new continent.”

The emcee said he hoped people would support the event leading into one of his most significant career milestones. He said he has not held a significant moneymaking event in a while. His birthday event in August was free, and his last album release was in 2013.

Jabee is also embarking on a new album project, Black Future, which he hopes to release in early 2016. Its name and inspiration came from an eponymous poem written by a friend.

He summarized its message in one line: “Either our future will be black or we will have a black future.”

Jabee, who also will tour later this year with former Little Brother rapper Big Pooh, said he plans to record most of the album while in Arizona, along with some other work in Germany.

“I want it to not only mean something, but I want it to educate and build,” he said of Black Future. “I want to be able to go to schools and colleges and campuses and talk about it and share my story and share what it means to have a future.”

The Roast of Jabee