From frog legs to boudin balls, this Cajun eatery is proud of its menu 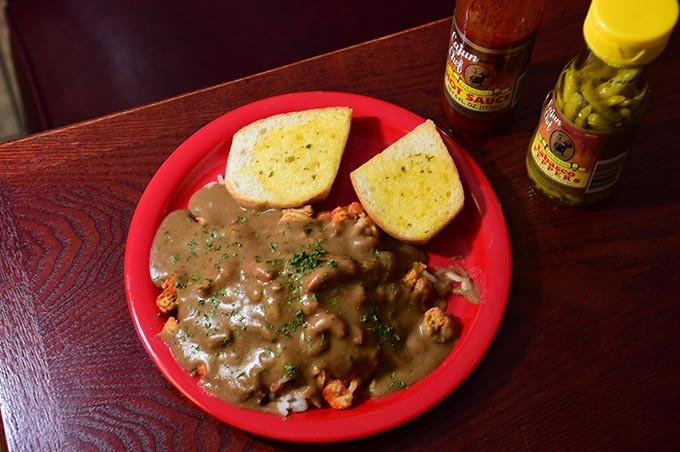 It takes some guts to put your opinion of the food in the title of your own restaurant.

On the menu? Sure. Everybody talks about their “famous” this or “legendary” that.

Your fried chicken recipe is legendary? It slew the dragon, conquered Poseidon’s armies and performed the Cinnamon Challenge flawlessly? Wow. The breading must be fantastic.

But out in the wilds of Midwest City, which is legendary for being east of the city, is C’est Si Bon, 101 N. Douglas Blvd., a Cajun restaurant that proudly puts its reputation on its sign.

“It’s so good” is an accurate description of the words and noises my friends and I made as we mythically defeated the bulk of the C’est Si Bon menu. 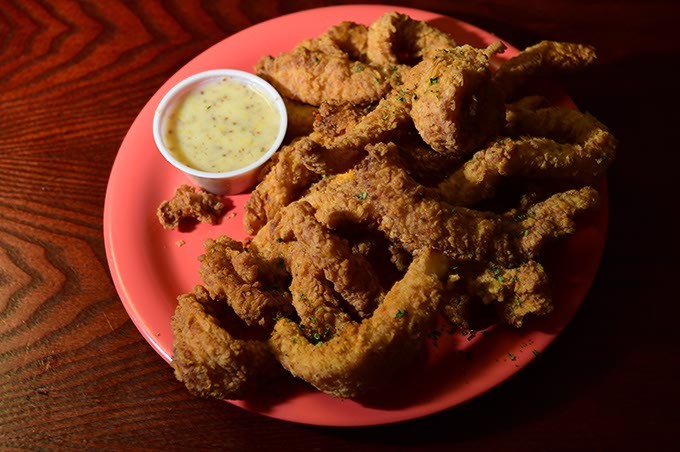 ’Ere did Greg and his merry band descend upon the catfish

And lo did they eat with a mighty hunger

until no more fish could be found.

Swam all it could in a river of spices

’til fried in a crust sweet and true.

What next came a-hopping as they licked their lips

but some tender fried legs of frog.

No dipping sauce needed for these sultry treats

If you’re afraid to make a meal of Kermit’s backside,

which I found to be quite fine,

skip the large meal with 10 of the legs

Still the red beans and rice did await us

with large blackened sausage on the side.

It’s a filling meal, true, but stir it all up/and you’ll find ham hiding inside.

The crawfish étouffée was less daring;

its spices did not make a mark.

The dark roux was buttery and the tails cooked fine,

but there was no bite with its bark.

If you’d rather have lunch that comes in a bun,

a po’boy is what you crave.

The cochon de lait is a slow-roasted pig

that found in my belly a grave.

mixed in with a crunchy coleslaw.

And the Creole mayonnaise made the bread

so much easier for me to gnaw.

Are you as sick of my terrible rhyming

as I think you ams?

Then forgive me this last, but I really must say

We have fun, right?

Seriously, the food at C’est Si Bon lived up to its name. The hardest things to deal with are the ridiculous distance between the restaurant and me and a bit of crab-shell dodging when you eat the gumbo ($7.99). But it’s worth it. I mean, there’s real crab in there.

If you’re worried about Cajun food being too spicy, you can put away the jug of milk and relax. While there’s flavor, there’s not a whole lot of heat. If anything, be sure you’ve got a little hot sauce on hand.

While my trepid food adventurers and I appreciated most everything at C’est Si Bon, there were highs and lows.

The collard greens were fine, but not amazing. The mac and cheese was creamy. The big hit was the boudin balls (six for $3.99, so get thousands of them), which are a carb-tacular delight of ridiculous proportions — especially dipped in the chef’s version of Tiger sauce.

Midwest City is a ways off, but C’est Si Bon is so good, it’s worth the drive.

Print headline: So good, From frog legs to boudin balls, this Cajun eatery is so proud of its menu, it stakes its name on it.

What works: Fried catfish, shrimp and boudin balls. What needs work: The étouffée was eh. Tip: With seating for 20 or so, it’s wise to get it to-go.