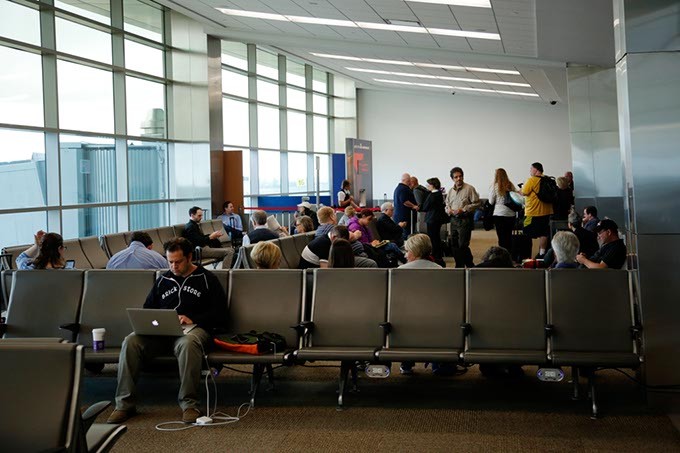 Frontier Airlines, which bills itself as an ultra-low-price carrier, is all set to start direct flights from Oklahoma City to Denver and Orlando this fall, with service to San Diego added in the spring.

Both OKC’s Will Rogers World Airport and Frontier officials delivered the air service announcement last week. OKC is one of 21 new destinations added to the carrier’s network. With that, the number of carriers flying in and out of Will Rogers rises to seven. The airport is currently served by Alaska, Allegiant, American, Delta, Southwest and United airlines with nonstop service to 23 cities.

“We spend a significant amount of time developing air service for the community here at Will Rogers World Airport,” said airport director Mark Kranenburg. “It is always a pleasure when we get involved in an exciting air service announcement.”

Frontier Airlines brings with it new destinations, “which are great for our community, and … a history of low fares,” Kranenburg said. “Anytime we have more options for our passengers in the community and lower prices, that is a good deal.”

No other Will Rogers World Airport carriers provide nonstop flights from OKC to San Diego.

Frontier’s decision to once again offer service to OKC is heavily tied to efforts to expand air service across the country, said Frontier director of stations Sean Morahan.

The company found Oklahoma City “through a review of airports in looking for underserved communities where fares have been high,” Morahan said.

Frontier previously offered flights from Oklahoma City as late as 2015.

The company’s announcement was largely met by praise from OKC travelers. Tickets can be more expensive to and from smaller markets, like Will Rogers. Dallas/Fort Worth International Airport, a hub for American Airlines, and Dallas Love Field, the corporate headquarters of Southwest, are a three-hour drive from the Oklahoma City metro. Dallas residents and tourists can land cheap airfare to either location.

Frontier’s expansion to OKC adds another option for OKC travelers seeking low fares. The carrier is known for offering discount fares, sometimes as low as $39 one way.

“People typically discover Frontier through its low fares, but we are more than low fares,” Morahan said when speaking at the Will Rogers airport. “We offer low fares done right. It is more than a tagline for us. It is our promise to deliver a good experience to the customers. We win by delivering safe, friendly, dependable and affordable travel.”

Since the Denver airport serves as Frontier’s hub, the Oklahoma City to Denver flight was chosen to connect passengers where they want to go. Frontier also holds a significant presence at the Orlando airport. Once completed in spring 2018, the expansion puts Frontier in 82 cities with a total of more than 1,000 routes nationally. Morahan said OKC travelers can tap into those routes.

“We recognize that flying should be affordable for the Oklahoma City community and for others across the United States,” he said.