Four albums and 12 years in, Norman’s Rainbows Are Free broadens its musical palette. 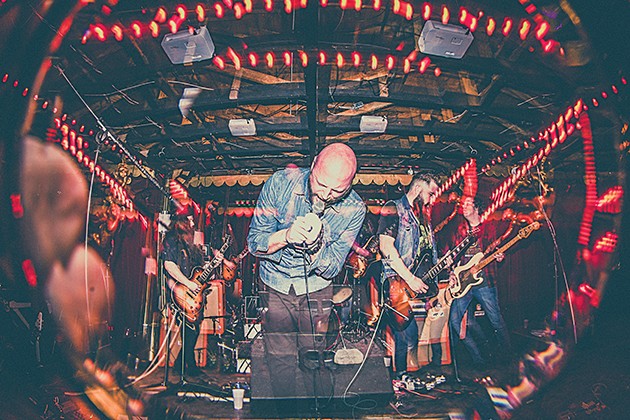 Lead guitarist Richie Tarver doesn’t know what you’ll hear when you listen to Head Pains, but to him, it sounds more like Rainbows Are Free and less like doom-metal standard-bearers Black Sabbath.

“I think we finally kind of found our voice,” Tarver said. “We kind of broke out of this Sabbath-worship-type thing that seems to be pretty saturated in the whole community, so we were trying to branch out a little bit and find our niche within that sub-genre. … I don’t know to what extent, externally, that will be recognized, but for us, it definitely is. There’s a little more of a heavy psychedelic angle than just the doom-y kind of metal tones. … We branched out, got a little more musical, focused on the songwriting, and for us, there's a definite shift. … There’s truly a point of departure in finding whatever it is our sound is in the landscape of heavy music.”

Rainbows Are Free plays 9 p.m. Nov. 29 at Blue Note Lounge, 2408 N. Robinson Ave. The band will celebrate the release of its fourth album Head Pains, the follow-up to 2014’s Waves Ahead of the Ocean.

“We went on a little bit of a hiatus between our last album and this one, so it was a real struggle to maintain continuity of sound, and frankly, there was a bit of a lineup change,” Tarver said. “Everything really emerged for the better, and hopefully some of that comes across in the music. It was a kind of a weird era for us as a band in our personal lives and everything, but we fought through it all and emerged triumphantly.”

“It fills out the sound and allows us to do some kind of fun, more experimental-type stuff,” Tarver said of Elam’s contribution. “By virtue of creating a new sonic landscape, I’m sure that opened up some doorways.”

“It was a kind of a weird era for us as
a band in our personal lives and
everything, but we fought through it
all and emerged triumphantly.”
— Richie Tarver tweet this

Fitting a six-person band through those doorways can sometimes be complicated, but Tarver said the new dynamic is worth making adjustments for.

“It makes things a little more crowded during load-in and load-out, but honestly, it's all for the better,” Tarver said. “When you’ve been a band for 12 years, changing things can be treacherous, but luckily, it’s the right person, someone we’ve known personally throughout our musical careers, so it’s been a great fit.

Encountering countless “fashionable hipster stoner bands” on tour has inspired Rainbows Are Free to work toward a more complex and singular sound on Head Pains.

“It’s definitely within the canon,” Tarver said, “but there's a certain element of maturation and experimenting with a couple of new things just to stay relevant to our own ears. Going out on the road earlier this year, and as we age in this subgenre, we realize really how saturated and kind of, in some ways, two-dimensional some of these bands … that are now all over the landscape are. It’s a very healthy thing for heavy music overall and metal communities and things like that, but there's kind of a limited dimensionality, I think, and we were trying to distance ourselves from that … change it up a little bit, not just for the sake of changing it up. It was definitely a natural, organic progression.”

“We did a lot more crafting those kind of soundscapes,” Tarver said. “In some cases, they’re very moody and eerie and atmospheric. Joey and I now have a pretty dialed-in plan of attack. He does a lot of the atmosphere, and I do a lot of the traditional lead work and things like that. It’s a pretty good complement, and then you add that synth element and you start to get a pretty robust, colorful canvas start to emerge.” 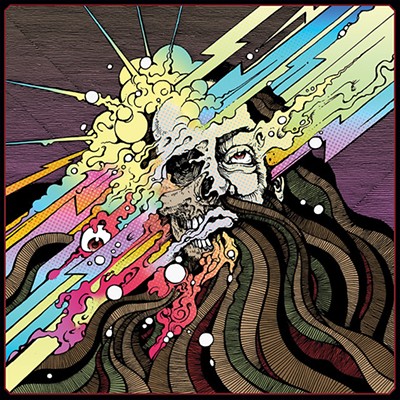 Like Rainbows Are Free’s previous releases, Trent Bell mixed and recorded Head Pains at Bell Labs Studios in Norman, but the new album is the band’s first to be released by Genoa, Italy-based Argonauta Records after, Tarver said, local label Guestroom Records “kicked us out of nest.” The band secured the deal with Argonauta after months of “grinding,” passing out download codes and cards at South by Southwest and, of course, hearing “some healthy rejection.”

“I feel like I’ve got an honorary bachelor’s degree in cold-calling,” Tarver said. “It’s definitely a tedious process.”

The band approached the label with a completed album, including psychedelic cover art by Tony Roberts, which Tarver said probably sweetened the deal.

“I’m not sure I’d recommend this process to anybody who’s looking to find a new label, but we were pretty confident — or maybe just kind of desperate confident — that we had something decent, and it was just about finding the right fit,” Tarver said. “So we had it mastered, actually; we already had the art; I mean, it was the full package. I think in some ways that kind of helped because I don’t know if you’ve seen the album art, but it’s pretty undeniable. … Labels usually like to be in the demo process and being able to have a guiding hand there, but we didn’t really account for much of that. But fortunately, there was somebody that was interested, and they swooped in and saved the day.”

For a band that formed in 2007, tangible proof that resilience can pay off has been inspiring.

“It’s hard to maintain some kind of connection with five other individuals in a nonromantic relationship,” Tarver said. “It’s an undertaking. I think that’s one of the key things, to just stay in the band together, and eventually, if you’re persistent about what you want, I think good things will happen, or at least you’ll be true to your interests. A lot of it is just maintaining. I know a lot of very talented people who have a lot of promise, but they just can’t keep it together for whatever reason.”

Hitting a growth spurt a dozen years into its existence, Tarver said, is the result of Rainbows Are Free refusing to chase trends in favor of following its own developmental arc.

“It’s kind of an organic evolution of who we are as people and, on a more broad scale, as a band,” Tarver said, “letting ourselves do what we wanted to do and not worrying about how other people would perceive it, not that that was ever really a factor. … Our music isn’t very marketable. It’s not commercial, but there’s definitely some integrity to maintaining your vision. And that’s what we, ultimately, try to focus on.”