Gabrielle B. executes the neo soul genre to perfection on her new album Shift 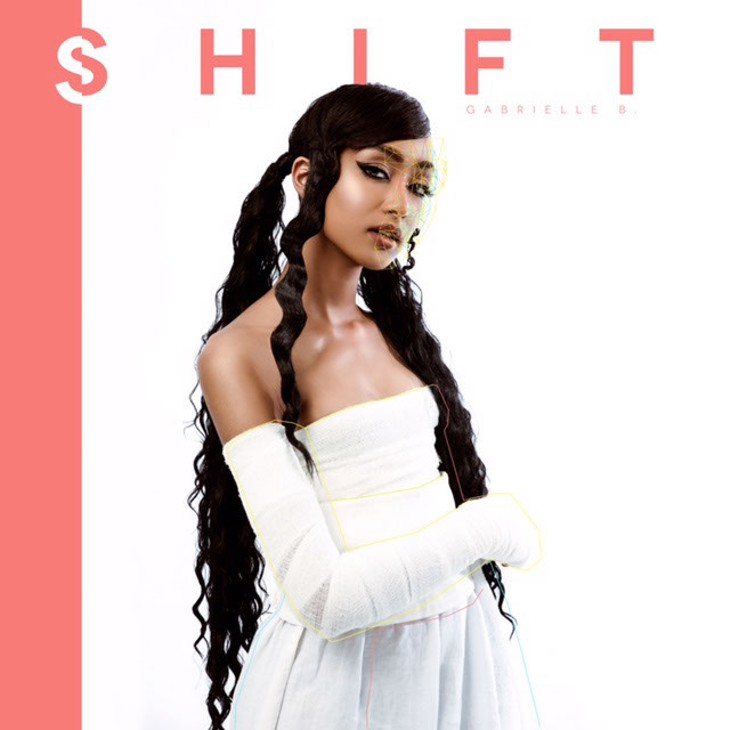 Neo soul’s relatively recent rise to prominence has quickly drowned out the more straightforward, pop radio-informed sounds of the ’90s.

The genre takes R&B vocals and mixes them with elements of jazz, soul, pop, hip-hop and even electronic music for an eclectic and sometimes exploratory blend.

Often, neo soul artists spend so much time on the “neo” side of the equation that the equally important soulful side becomes overshadowed. This is not the case on Shift, the Sept. 22 release from rising Oklahoma City vocalist Gabrielle B. The artist taps into a few different styles on the 25-minute, 7-song album but is never lost in a sea of experimentation.

Shift opens with a soft, old-school vibe on “Angels.” B. sings about a relationship that feels celestially destined but, for various reasons, has yet to come to full fruition. What happens in this relationship can only be a test of fate. OKC’s Grand National appears on the song, rapping the corresponding male perspective.

From there, the listener is taken to “No One Else (But You).” B. delivers her vocals with a saxophone duet that is executed to perfection. The live instrumentation on this track plays a big part in rooting Shift’s delicate and sensual tones, making them feel close and relatable. B. would be well-served doing some work with live bands in the future, especially considering the success of groups like The Internet and Hiatus Kaiyote.

The realness from “No One Else” carries over even onto the darker hip-hop production heard elsewhere on the album, including “Hold Onto Me.” The song features another guest rap verse, this time from Mallee, who sounds great over the slower paced, somewhat eerier soundscape.

Shift’s production does a great job of keeping things sparse and simple while also never being boring. There’s a subtle hint of grittiness that pops up on a lot of the tracks, which includes “Find You.” The song also welcomes Grand National back onto the project, trading vocal parts with B. The chemistry is apparent and a welcome change from the standard vocal-hook-rap verse-hook format a lot of R&B-style songs tend to follow when bringing in a guest emcee.

Shift includes the interlude track “TBH” at the halfway point. A sample of a speech by Lauryn Hill follows an abbreviated vocal performance by B. The sample is appropriate not just because it is by Hill, whose work has clearly inspired B., but because of the message contained within. Hill talks about the “spiritual Matrix” — referring to the popular Keanu Reeves movie series — and the power of love.

“I always thought The Matrix was battling the enemy out there …,” Hill says in the quote, “until I realized that until you conquer the enemy in yourself, you can’t deal with anyone.”

Shift advocates an inside-out approach to love. B. repeatedly states on the album that she is only ever to give love to another — or to the outside world — after she has found peace within herself. It is a strong message to pair with a strong musical release.

It is easy to forget that B. has only been performing in music for the last few years. What makes her such an exciting artist is the potential for even more growth as she racks up more experience and builds connections. It is not at all hard to imagine B. as one of the city’s most popular artists in the near future.