Magic Sword searches for the Chosen One who can defeat the Lord of Shadow and plays prog-influenced synthwave while doing it. 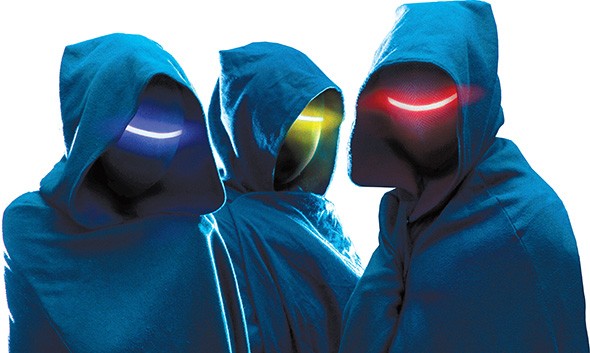 Call us hard-nosed old-school journalists if you wish, but when we hear three immortal beings are coming to Oklahoma City seeking the Chosen One to help them defeat The Lord of Shadow, we here at Oklahoma Gazette are going to have a few questions.

Boise, Idaho’s Magic Sword, according to its biography at least, combines the incredible powers of three supernatural forces of good seeking to restore harmony to all of the realms of reality. Also, it’s a synthwave band scheduled to play Friday at 89th Street—OKC, 8911 N. Western Ave.

“When we are reduced to perform for you mortals so that you may even begin to comprehend our grand vision,” the band wrote in an email interview with Gazette, “we do play instruments. The Weaver plays the drums, The Seer plays the guitar and The Keeper plays the keyboard.”

Formally, according to the band’s website, that’s The Keeper of the Magic Sword, who legend has it accidentally freed the evil chaos-causing Lord of Shadow from his ancient prison and now must work endlessly to put him back; The Seer of All, who can view past, present and future simultaneously through a multi-lens gyroscopic machine and sense patterns with his always-writhing tentacles; and The Weaver of Hearts and Minds, using his “seemingly endless supply of deft and delicate legs” to spin mystical webs connecting collective consciousness throughout the multiverse.

There are rumors about who might be hidden behind their glowing facemasks, but everything officially known about the members of Magic Sword comes from lore chronicled in the band’s promotional material and the comic books included with its 2015 debut Vol. 1 and 2016 EP Legend. The band’s prog-rock inspired synthwave creates a high-octane, neon-burning atmosphere by mixing elements of Vangelis’ Blade Runner score with Rush’s keyboard-heavy ’80s output, but the lyricless instrumentals offer little insight into the identities of the “immortals” playing them.

Is Magic Sword a John Carpenter and Tangerine Dream-inspired synthwave band with an elaborate mythos and an LED-lit Daft Punk-meets-J.R.R. Tolkien aesthetic or are The Keeper, The Weaver and The Seer really, as they claim, on a cosmically crucial quest to find the prophesied Chosen One and finally stop The Lord of Shadow from drawing “all of existence slowly toward himself in a vortex of darkness and destruction?” Perhaps only Joseph Campbell or Giorgio Moroder could tell us for sure, but if there’s the possibility that the OKC metro area is about to play a part in an eons-old battle between the forces of light and darkness, the Gazette is determined to get the scoop.

We connected with the immortals over email while they’re either touring the western U.S. promoting their recent single releases or waiting on the “Shores of Oblivion, between time and space ... between what is and what is not” until the next time the Magic Sword pulls them “into the heart of chaos and pain … whenever the need is great” to protect “the pure of heart,” depending on which part of the band’s website you’re currently reading. 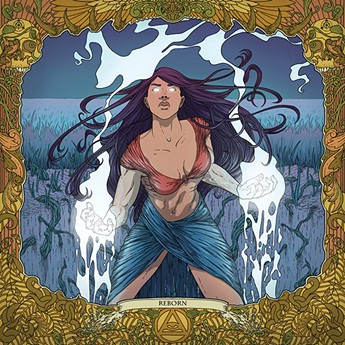 Oklahoma Gazette: What is your quest?

Magic Sword: To see The Lord of Shadow bound or obliterated for all time from all realms. To do this, we must find the incorruptible Chosen One.

OKG: Has your quest brought you through Oklahoma City before?

Magic Sword: You are fortunate that we have not had a need to do so in the past, for now Oklahoma City has begun to darken with the murmurings of evil tidings. … You are lucky we’re arriving when we are...

OKG: Does your music serve a function in your quest, or is it a separate pursuit?

Magic Sword: It functions as a siren song of sorts for you mortals. It is a way for us to be able to get your much-divided attention long enough to perhaps save your souls. We have no other pursuits than to see all of the realms saved.

OKG: How much of your legend must one know to fully enjoy your music?

Magic Sword: Our music will melt faces with or without prior knowledge. But those who are truly devoted do tend to get more than simple (yet mind-blowing) entertainment. In the same way one may listen to the rhythm and cadence of beautiful poetry spoken in an unknown language.

OKG: Does having tentacles/endless delicate legs make you a better musician or change your playing technique?

Magic Sword: Most of the interactions with our instruments are done with our eternal souls, so no — not really. I imagine they would get in the way if we had to do something with them other than conjuring, astral projecting or fending off enemies.

OKG: Do you think your sound has evolved over the years? Has the Sword grown in power?

Magic Sword: Oh yes. We can see the power burning brighter every day, which surely doubles the enemies’ efforts. We would say that it is surprising and humbling that mortals have latched onto our sounds so quickly and fervently.

OKG: Who would win in a fight between Magic Sword and [Austin metal band] The Sword?

Magic Sword: I would say that isn’t a fair fight at all. We are tapped into the power of the eternal cosmos and the nine realms of reality. Perhaps if we were caught sleeping at the time … but still unlikely.

OKG: How will you know when you’ve found the Chosen One? Do you think she or he will be a fan of the band?

Magic Sword: The Chosen One may well be one of the faithful, but she or he may also simply be in need of the power and call upon it. We will know when we find them, because they will not fall victim to the lure of power given by the Magic Sword. They are the one and only truly incorruptible soul.

OKG: Does The Lord of Shadow have a band? He seems like he’d be into black metal.

Magic Sword: Anytime immense pain and suffering are present, he is there. Whenever hate and rage boil over, he feasts upon it. He will use anyone who is willing to hurt others and will gladly extend his hand, even to musicians. We have all seen the power of such things, and he has had a hand in many artists’ visions.

OKG: Do you have anything to add?

Magic Sword: For all the faithful to stay strong. The dawn is coming.