For many, the foundation of the American dream is to own their own business. Working for themselves, these local African-American businessmen and women have created thriving restaurants that feed the entire community. Some are relative newcomers to the metro, while others have spent decades serving food that nourishes the body and delights the palate. These are some flavors to savor all year round. 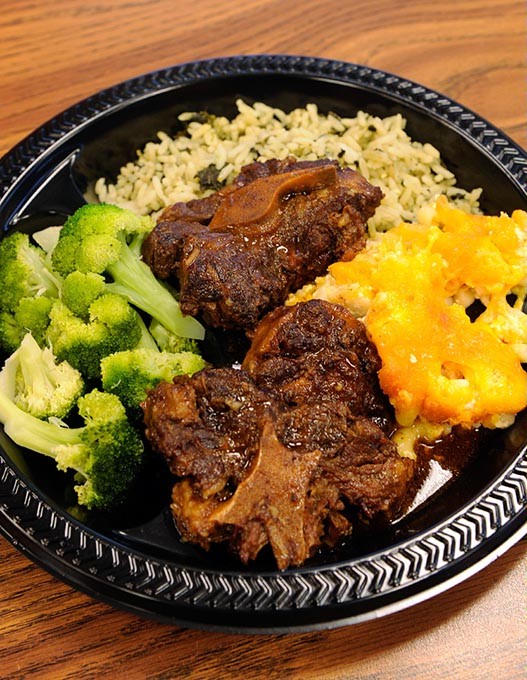 If you love food, you will love Sharon McMillan’s restaurant Carican Flavors. The restaurant’s name and menu is a blend of Caribbean and American cuisine. Since 2005, Carican Flavors has served a diverse and growing population dishes including braised oxtail, jerk-seasoned chicken and tender smoked turkey legs. The food is flavorfully spicy, not heat-spicy, and McMillan herself is as gracious and welcoming as can be.

The lines inside owner and executive chef Ken Mills’ restaurants get long, but they move quickly as customers happily pick up plates of crawfish-stuffed fried shrimp, spicy red beans and rice and heavenly crawfish étouffée. For a rare experience, be sure to order some of C’est Si Bon’s crisp, golden frog legs. However you felt about Kermit the Frog as a child, you’ll fall in love with the expertly seasoned legs.

Mother-and-daughter team Florence and Victoria Kemp have shepherded Florence’s Restaurant through good times and bad with food that is as satisfying as it is delicious. Soul food doesn’t get much better than Florence’s baked chicken and dressing. It originally opened on NE Fourth Street, but Kemp moved the restaurant to its present location in 1969 and hasn’t stopped creating some of the city’s finest home cooking since. 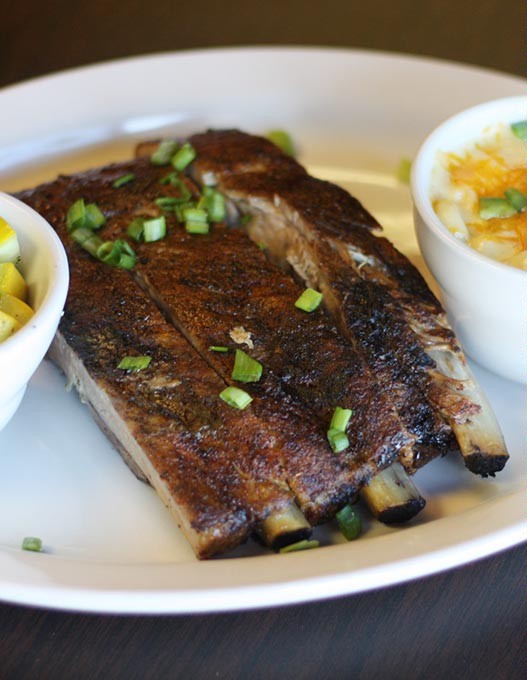 If you haven’t traveled to Oklahoma City’s south side for a meal at Kings Catering & Cuisine, there’s no time like the present. Now open for breakfast 7-11 a.m., the restaurant offers up a spicy Spanish omelet with bacon, onions and jalapeños or sweet and savory chicken and waffles before switching to its lunch and dinner menu. Feed a serious hunger with Kings’ Creole meatloaf and sides of collard greens, fried green tomatoes and jalapeño macaroni and cheese.

Started in 1974 by Leo Smith and now under the leadership of his son Charles, Leo’s Barbecue spent the last 43 years building a reputation for excellent smoked meats. Feast on a plate of juicy beef brisket or tear into a rack of luscious ribs and you’ll understand why customers keep returning to this eastside culinary staple. And no visit to Leo’s is complete without a slice of strawberry-banana cake (pictured), so don’t try leaving without one.

Forget checkers. When someone says, “King me!” they’re talking about a visit to Cajun King. That’s because everyone feels like royalty when dining on exquisitely seasoned blackened pork chops; thick gumbo full of shrimp, crab and sausage; and Cajun King’s signature dish, catfish almondine. Gently dredged in almond flour and fried a vibrant gold, catfish almondine isn’t on the buffet — the staff bring it directly to your table. Want more? Just ask. You’ll want more.

Owner Eric Johnson has decades of experience making delectable wings, and that know-how shows in every bite at Wing Supreme. Its wings are spiced, fried and slathered in sauce. Flavors range from mild, like honey barbecue and Teri-Que, to raging-hot KO’s sauce and jerk seasoning. Cool down with some banana pudding before taking on another dish of wings.