August 30, 2018
comment
Let’s face it: finding a true sports bar where it’s possible to get good food and watch your game of choice this fall can be difficult in Oklahoma City. The upcoming Chalk luxury sports bar near Memorial and Western avenues strives to be the answer we’re looking for, but it won’t be ready for this football season. Here are seven options better than the nearest chain wing shop. Even if you aren’t nestled up to the bar lined with televisions, there are ample viewing opportunities from selected booth and table seating throughout the restaurant. What better than enjoying the game from the comfort of a booth? Well, if your team is losing, maybe Republic’s good beer selection, its corned beef Reuben or the Belle Isle Burger with mushrooms and beer-cheese fondue can make you forget the score.

The newest addition to the list gets the nod for its backyard setting in the shadow of a steel retro Airstream trailer turned into a bar, which is one of three bars on the premises. Its patio has a large television perfect for watching the one game you are most interested in. It offers heating and cooling depending on the season and a quaint green space perfect for cornhole. 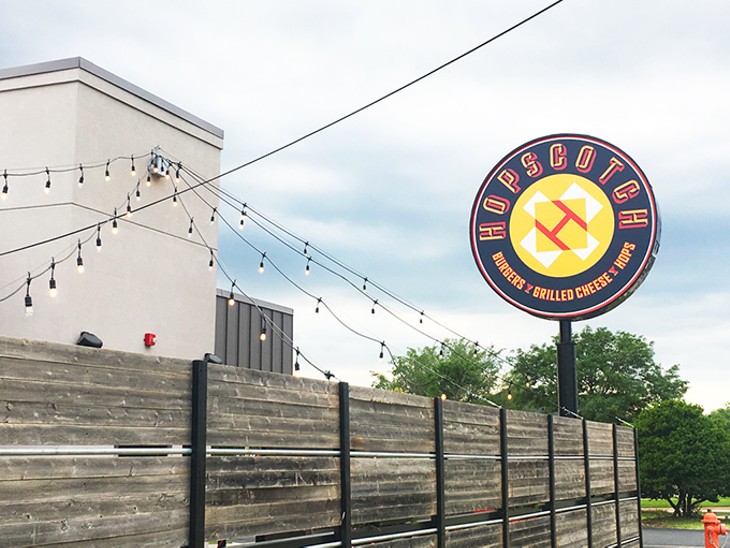 You might’ve spent time watching a game in the old Dugout. Hopscotch has taken the former Dugout location and updated the concept with fresh sandwiches, good burgers and french fries. The beer and liquor list is smaller compared to others on the list, but it adds a few arcade games for extra fun and something to distract you when your fantasy football team lays an egg on a Sunday. 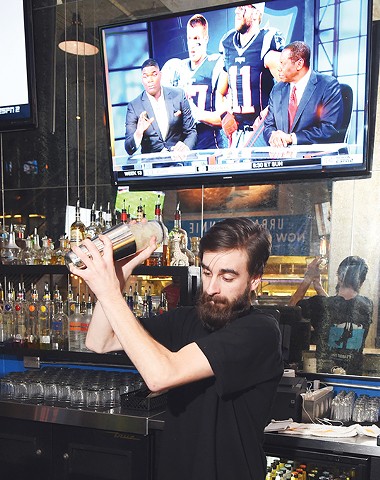 The hip version of Johnnie’s Charcoal Broiler might not always perfectly execute its menu when it strays from its excellent modern interpretation of its classic burgers, but it offers plenty of viewing options as natural light pours in from its large windows overlooking Deep Deuce. Stick with the burgers, find your game and enjoy.

McNellie’s does not have as many television options as some of the others on the list, but it delivers a large, consistent food and cocktail menu. You might need to make sure your contact or glasses prescription is up-to-date before trying to watch a game from across the bar, but it’s hard to complain if you’re indulging in McNellie’s good beer selection or enjoying one of its excellent burgers.

Prairie Artisan Ales has gained a reputation for being Oklahoma’s most globetrotting beer. It has gained a foothold for its flavorful hops in Europe, and you can taste new and special flavors at its Automobile Alley taproom, which opened last year. They bring down a huge projection screen for game days. While it does not offer food, it provides a fresh environment, especially when the weather is nice. 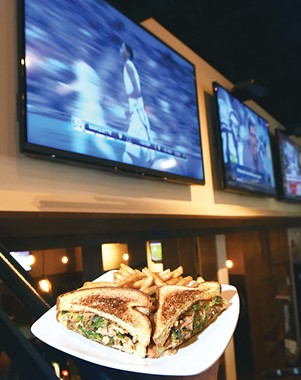 If you haven’t been to Pub W since last football season, you’ll find a new menu at the three locations of the Hal Smith Restaurants group establishment. The new menu has hints of Southern dishes like squashpuppies and chipotle meatloaf alongside fresh concepts like the coconut-ginger ahi tuna salad and a grilled chicken quinoa bowl.