Shrimp is one of the most versatile seafood items, able to stand up to a deep fry but also delicate enough to be showcased in a ceviche. Across nearly all cuisine, shrimp makes an appearance. Peruse our list for the best shrimp dishes in Oklahoma City.

Owner Ken Mills got his start as an executive chef in New Orleans, and his education includes culinary school in England and a business degree in Louisiana. Mills has found success with C’est Si Bon, also opening a Midwest City location. A good po-boy is only as good as its bread, and C’est Si Bon delivers. Order a shrimp version that is pilled high and fried to a golden crisp. 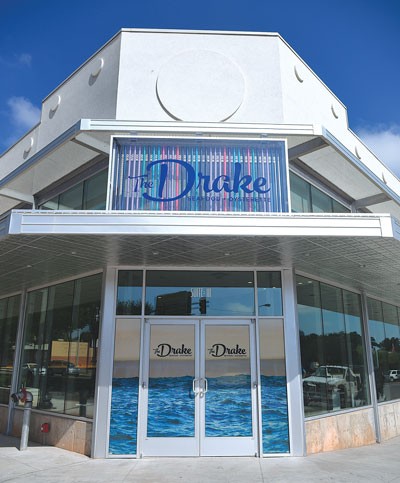 There are a few standout shrimp dishes at Gin Thai Fusion, where owner Lawan Rattana, who also owns Taste of Thai and Sala Thai, puts an emphasis on regional Thai specialty dishes.  The shrimp pineapple curry includes chunks of pineapple along with bell pepper, curry paste and coconut milk but is also served in a hollowed-out pineapple. The phad chaa is a sizzling stir-fry with shrimp, mussels, squid and cod. Also check out the Thai gumbo. 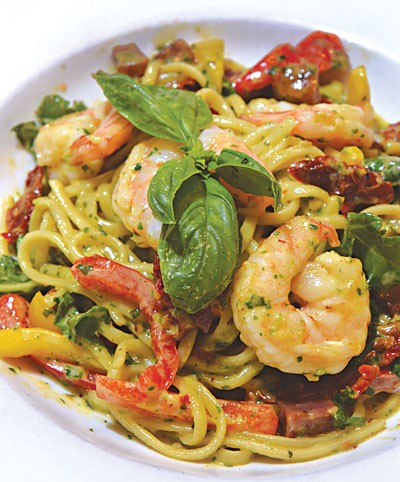 At the corner of Robinson Avenue and SW 33rd Street, Mariscos Mazatlan — a bastion of Mexican seafood in a landlocked state — stands tall with a sign featuring a giant swordfish. Order the Mar y Tierra and get shrimp served four ways: bacon-wrapped, fried, steamed and grilled. You can also choose from a variety of ceviche.

Despite the name, Party Base is not a streamer supply store; it’s home to some of the most interesting Chinese barbecue and seafood options in the city. The storefront located near Jeff’s Country Café on Classen Boulevard is adorned in neon lights and is even open until 2 a.m. on the weekends for karaoke. Get jumbo shrimp on a skewer or in a variety of traditional or regional Chinese offerings. 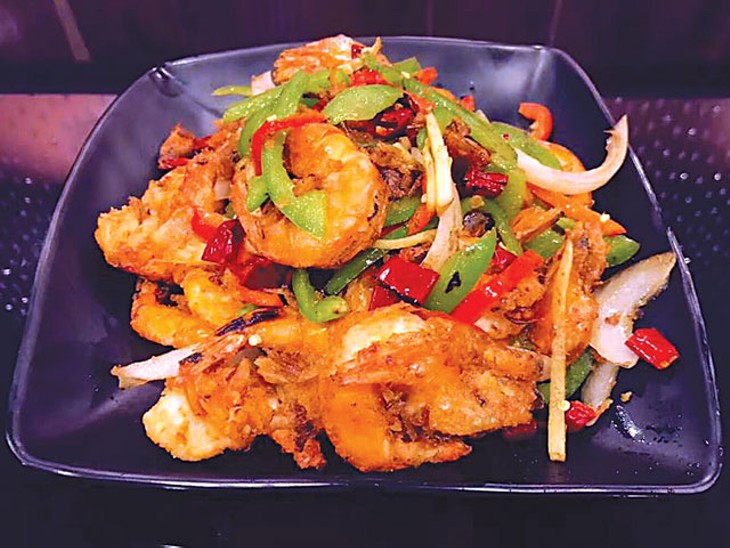 What started as a food truck has expanded to a brick-and-mortar location first at W. Britton Road and now at 1920 S. Meridian Ave. The Britton Road location even has a drive-thru window, which is a good idea because its popularity means the dining room fills up quickly. Order the jumbo shrimp covered in a spinach lobster cream sauce over grits or rice.

Executive chef Melissa Aust has provided a modern twist on Italian classics in the Midtown district for years, and among the best is the shrimp pepperonta. Sautéed shrimp are joined by spicy and sweet peppers, pancetta, gremolata and fettuccini covered in a garlic white wine butter sauce that accents its fresh ingredients. 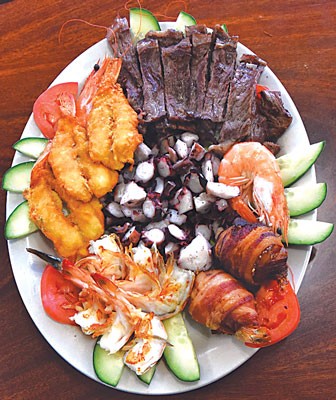 The Drake Seafood and Oysterette

Ordering seafood in Oklahoma City has never felt as stylish and sleek as at The Drake.  A Good Egg Dining Group has delivered on its concept of invigorated classic seafood recipes. Look no further than the grilled shrimp Cobb salad with a basil-tarragon dressing. You can also get your shrimp grilled and chilled or tempura-fried with blistered shishito peppers.