Do you dread the conversation about where to go for dinner? Do you and dinner guests argue about what kind of cuisine to try? These seven Oklahoma City-area restaurants not only offer multiple types of cuisine, but they also do it deftly.

With nearly 600 items on its menu, Bistro B is like one of those shiny roadside diners you might see on the East Coast, except it specializes in regional Vietnamese favorites and Chinese classics. Get housemade pho or banh mi, but also look for less popular items like canh, a sour soup. You’d be remiss to ignore some truly inspired bubble tea flavors like kiwi pineapple coco or banana ginger.

Sometimes a Chinese or Pan-Asian restaurant will add sushi to the menu in a Hail Mary attempt to attract more customers. All of those restaurants look like even greater frauds when compared to Ding Asian Fusion, where traditional Chinese dishes are served alongside sushi in a way that is aesthetically pleasing and tastes great.

This Norman eatery celebrated its one-year anniversary last winter, and diners have caught on to the concept that combines Mexican dishes with Chinese-influenced entrees. Its popular enchilada dip is served with fried wontons. Its counter service lunch is paired with sit-down dinner service, and brunch offers chicken and waffles along with chilaquiles. 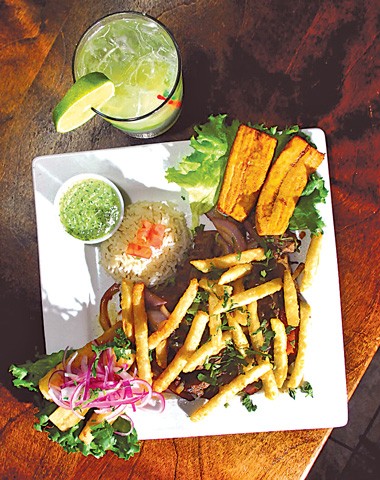 Executive chef James Vu wants to take you around the world to showcase some of his favorite dishes. The most famous is pollo a la brasa, the national dish of Peru. Marinating and split-roasting the chicken over charcoal takes 36 hours. Enjoy Peruvian selections along with Korean fare like Kalbi short rib tacos or dolsot bibimbap.

Guernsey Park takes familiar concepts like sushi and short ribs and elevates them to a new level under the guidance of executive chef Paul Langer. At lunch, get a sushi burrito. At brunch, the short rib Benedict swaps the English muffin for a fried steam bun, and dinner includes five-spice fried chicken and Vietnamese-style ribs. Diners should hurry to get their Guernsey Park fix though; the restaurant is closing its doors for good Jan. 28. Its sister restaurant, Covell Park in Edmond, remains open. 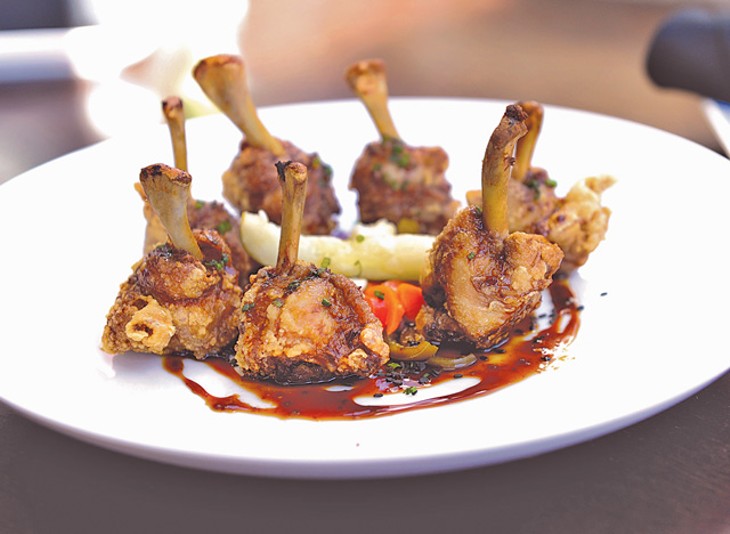 Yuzo is an exercise in cognitive dissonance. The words “sushi” and “tapas” aren’t supposed to go together, but Yuzo’s blend of Latin-inspired and Japanese fusion dishes succeeds in providing a satisfying meal whether you’re looking for sushi, ramen or Creole salmon, Brazilian meatloaf or Colombian kebab. Its fusion concept might be most expertly conceived with hamachi ajillo, which combines the Japanese word for yellowtail with the Spanish for garlic to create a mouthwatering treat. 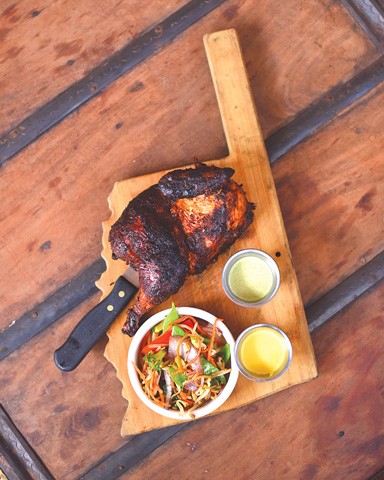 The menu at Zarate’s runs the gamut with Mexican, Peruvian, Chilean, Brazilian, Cuban, Bolivian, Jamaican, Argentinian, Venezuelan and Puerto Rican influence. Whatever your choice, from Peruvian chicken to Jamaican jerk nachos or a Venezuelan pot roast, it’s sure to be good. Lomo saltado (pictured) remains Zarate’s most popular dish.