People think the “wake-up-word” started with Apple’s Siri. You can ask Amazon’s Alexa, Microsoft’s Cortana or say, “OK, Google” and a virtual assistant is suddenly at the ready. But the technology was available long before the age of smartphones. In fact, it’s embedded within each of our brains. Test it out on a loved one. Say, “It’s time for work” or “Let’s get up and exercise.” … Nothing? Hmm. Now say, “Want to get some breakfast?” Here are some places our intelligent brains suggested.

Oklahoma Gazette Best of OKC voters know Jimmy’s Egg is the best breakfast in the metro, and with good reason. The Oklahoma City-based eatery has expanded into other states and is ubiquitous here at home. The food is delicious, the prices are reasonable and the service blends affability and efficiency. Jimmy’s Egg serves coffee, omelets and pancakes fast enough that everybody has time for breakfast before work. 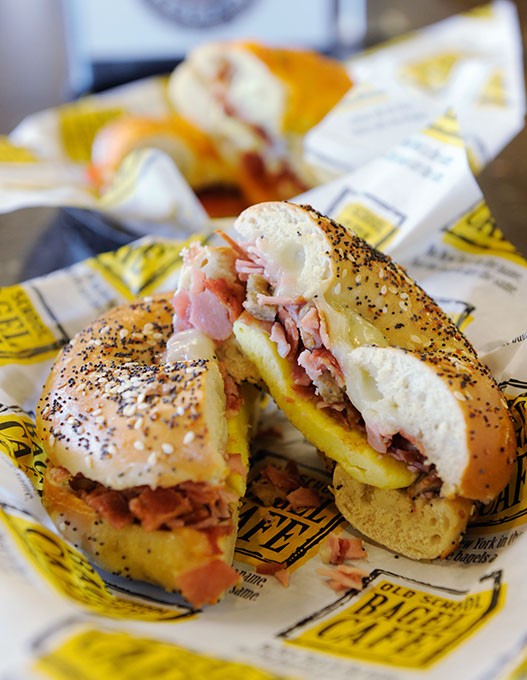 The school might be old, but the bagels at Old School Bagel Cafe are baked fresh daily. Start the day with a sliced and toasted everything bagel smeared with cream cheese. Those hungry for something more substantial should order the Fire Cracker made with chorizo sausage, habanero jack cheese and egg or Meat Lovers Bagel loaded with the sausage, cheddar, egg and ham. If you miss breakfast, don’t worry; the cafe makes great lunches, too.

This coffee shop and art gallery stays open late, hosting live music shows and open mics. Early the next day, the doors are unlocked for Plaza District denizens and guests who need a strong shot of espresso and a slice of peanut butter, honey and banana toast. During the day, it’s also a quiet spot to get some work done or host impromptu business meetings. 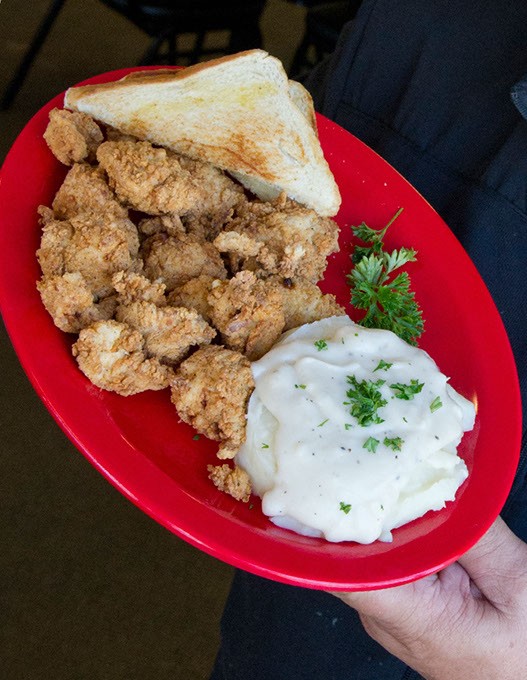 Before you try to argue otherwise, yes there is such a thing as bad gravy — just not at Good Gravy! Diner. It offers a menu with 40 varieties of gravy available daily (and another three made Saturdays and Sundays only), and there’s not a bad one in the bunch. Cover a plate of biscuits with creamy sausage gravy; a jalapeño, onion and bacon gravy; or Italian sausage gravy.

Florence Jones grew up on a farm in Boley in Okfuskee County, just a little more than an hour’s drive east of her restaurant. Though she serves far more city slickers than farmers, her menu still proudly shows her roots with four massive Big Boley Breakfasts. Two eggs, rice, potatoes and a stack of three pancakes are served with your choice of pork, turkey or beef.

Somebody is having a lot of fun in the kitchen at Daylight Donuts on 10th Street. The locally owned pastry shop built its reputation with friendly service and delicious doughnuts. It also stands apart from similar eateries with its selection of colorful and whimsical designs. Kids can nibble on their favorite cartoon mouse or animated fish while adults taste banana nut fritters, gorgeous sticky buns and savory breakfast sandwiches.

Caffeine cowboys should mount up and ride into Shartel Cafe. The friendly little neighborhood diner has a lot going for it, including quick access to nearby shops and Interstate 235. And for those who take their cup of wake-up juice by the liter, one of Shartel Cafe’s biggest draws is its self-serve coffee station featuring Java Dave’s coffee. Order at the counter and fill your cup as many times as necessary before you face the day.