The original American diner traces back to 1872 in Providence, Rhode Island, pre-Oklahoma statehood, and the concept of a comfortable restaurant offering a variety of meals through the day has become quintessentially American. The Oklahoma City area has plenty of options, including a few that have garnered national attention.

Is there anything more American than a diner that serves apple pie? Well, All American Diner in Midwest City certainly fulfills the second category by serving a slice of pie à la mode at only $4.95. Breakfast is served all day and includes a variety of toppings for Belgian waffles or pancakes, including peanut butter and bananas. A serving of biscuits and gravy comes with four buttermilk beauties. 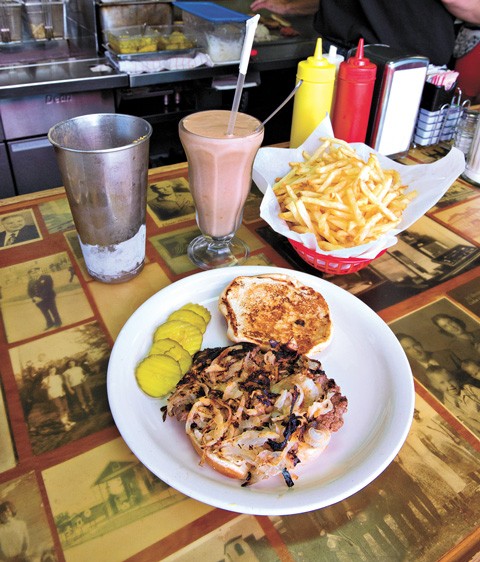 The glowing blue lights of Boom-a-rang’s signs stay open later than a lot of the other restaurants in towns where they are located. With 49 locations from Ada all the way to Wagoner, Boom-a-rang is a lifeline for many hungry Oklahomans. Enjoy its throwback aesthetic with tributes to 1950s and ’60s iconoclasts as you munch on a gourmet hamburger, chicken-fried steak or all-day breakfast.

The early bird might get the worm, but what about the Frog? The diner at the corner of Pennsylvania Avenue and NW 10th Street is certainly open early enough (6:30 a.m.) to fulfill your cravings, just as long as you don’t want worms. Order anything from traditional breakfast to Indian tacos and fried frog legs — yes, frog legs. Just be sure to get there before 2:30 p.m. when this venerable diner, in business more than 40 years, is closed for the day. 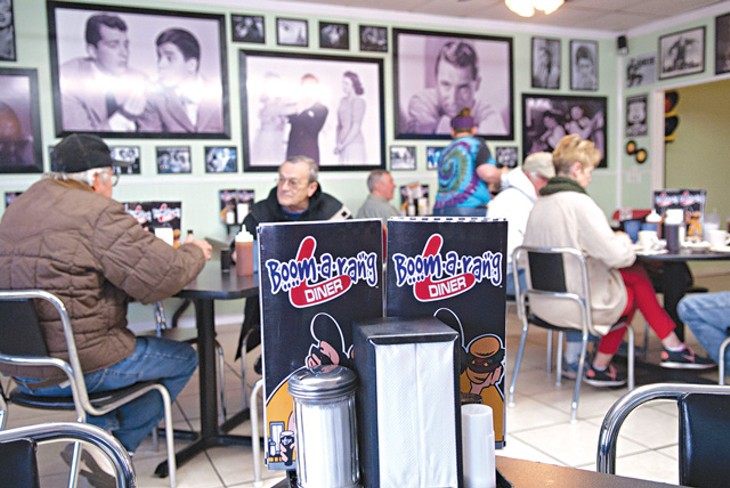 The décor inside Sherri’s Diner, named after owner Sherri McKinney, is both nostalgic and kitsch. Neon lights illuminate bygone advertising campaigns and a display of homemade pies by the register, which are only $2.99 per slice. Breakfast is served until 4 p.m. closing, and it’s known for its pancakes, but don’t forget other specialties like stuffed cabbage or Texas chili (no beans) served with cornbread. 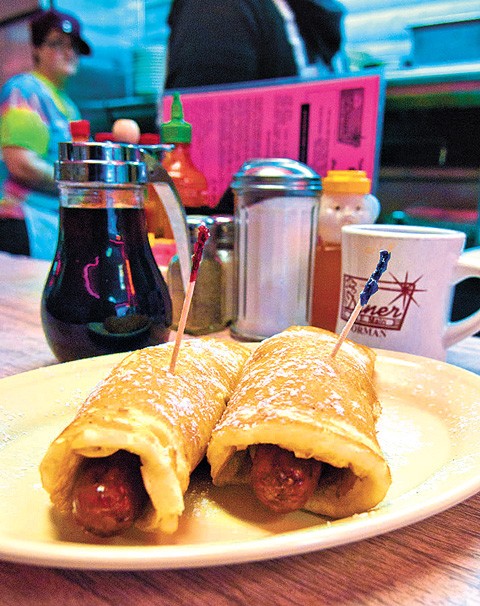 Both the Travel Channel and Food Network have highlighted El Reno’s “Unofficial town hall” as being home to the quintessential onion burger. Owner Marty Hall built the restaurant with his father Sid, and the diner has gained tons of fans for its own take on an Oklahoma classic. Sid’s fries Spanish onions directly into the burger as it cooks on a flattop that contains decades of seasonings. Make sure to make the trek to El Reno for an onion burger and a chocolate milkshake. 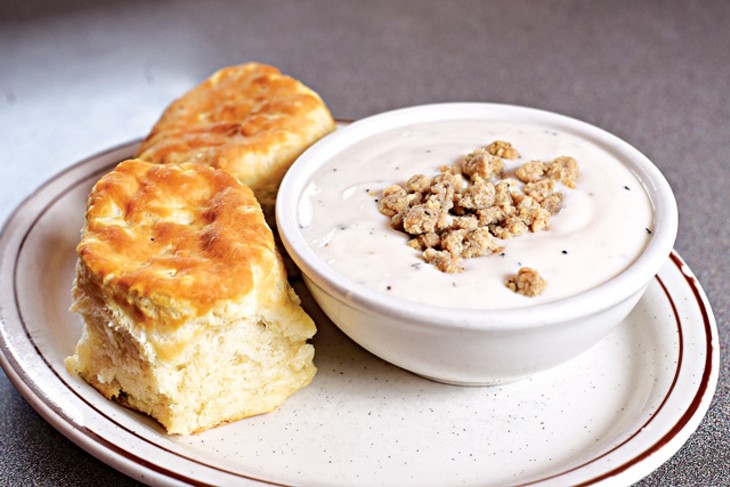 Owned by Shannon Roper and Aly Branstetter, veterans of S&B’s Burger Joint, Sunnyside Dinner injects the locally sourced phenomenon into the classic diner concept. Blueberry pancakes are topped with lemon zest and a lemon-blueberry compote. Instead of a traditional eggs Benedict, choose from varieties with green chili and chorizo, smoked salmon or a California variety with roasted turkey, sautéed spinach, tomatoes and avocado.

The eponymous restaurant is such a good representation of its concept that it was featured on a 2009 episode of Food Network’s Diners, Drive-ins and Dives in which host Guy Fieri focused on the chili. The diner pays homage to its Main Street building where chili has been served for over 100 years with its traditional recipe. Enjoy diner classics as well as its famous “eggaritto”: scrambled eggs with tomato, onion, green chiles and cheese wrapped in a tortilla and topped with ranchero sauce.