Homer Simpson loves them. The Twin Peaks Sheriff’s Department is never short on its supply. There is a reason pop culture loves the doughnut — it is by far the best way to begin your day. It seems impossible to turn a corner in Oklahoma City without running into a good doughnut shop. Here is a short list of some of the metro area’s highest rollers.

By Ben Luschen | Photos by Megan Nance and provided 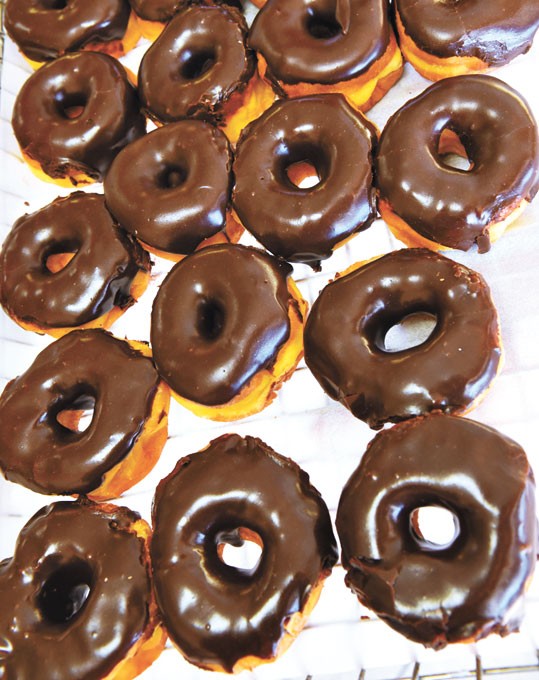 Thinking of doughnut places does not tend to conjure up images of sophistication and decadence, but Belle Kitchen is here to help you rethink the pastry. High-quality ingredients and a flair for creativity — as displayed in its Cereal Milk and Bacon Maple varieties — help Belle Kitchen keep its spotless reputation. Don’t forget to visit the Deep Deuce location at 30 NE Second St. and pick a deliciously delicate macaron on the way out.

Brown’s Bakery has long been near the top of the local bakeries list, and for good reason. The locally owned establishment has been revitalizing groggy morning office workers in and around Midtown for years. Seasonal specials and unique icing designs pop up with regularity. While the doughnuts are delicious, Brown’s sausage rolls are also a sure-fire office-pleaser.

The small shop located on Britton Road does not resemble the palaces most people read about as children, but sometimes kingly things come to us in unassuming packages. Anyone who picks up a classic glazed or any other variety of doughnut behind the glass at The Donut Palace is sure to taste, among some other great things, a lot of the love that goes into each pastry. The ever-friendly neighborhood joint is also known for serving humongous, big-as-your-face apple fritters. 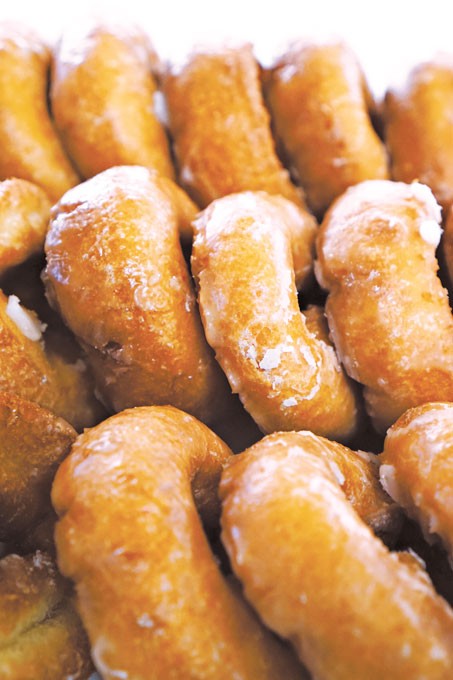 There is good reason Geronimo’s is known as one of the darling treasures of eastside Oklahoma City. Geronimo’s does everything big. Doughnuts and cookies come rolling out of this bakery as large as canned hams. Not many other doughnut shops can also lay legitimate claim to the best hamburger in their city, but Geronimo’s stands out with its delicious, house-baked bun. The shop even merges its two passions on the Geronimo burger, which is served between halves of one of their giant glazed doughnuts. 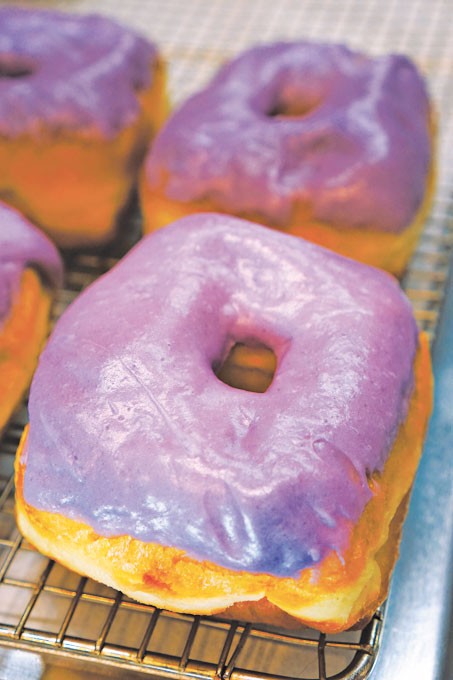 Doughnuts are great, but waking up and getting out of the house early enough to buy them fresh is not always ideal. Thankfully, those in the metro area can wander over to the nearest street festival or food truck park at the time most convenient to them for arguably the best doughnut in OKC. Holey Rollers is mostly known for two main things: inventive, utterly delicious flavors and vegan options. This month, it will be known for one more thing: a new brick-and-mortar location at 3010 Paseo St. in The Paseo Arts District.

What’s the secret to Polar Donut’s super-sweet and buttery pastries? Well, the difference between them and everyone else is literally small potatoes. Owner Younts Waters mixes real potato flakes into his doughnut mix. The result has earned him both fans and praise from near and far. Their fritters, which come in apple, pineapple, blueberry and other fruity varieties, are known as some of the best in town.

The doughnut presents eaters with few problems, but one of the sparse causes for concern is that there are more mouthwatering varieties of pastry in an assorted dozen than are socially acceptable to shove into your face at the office. Sweet Mini’s brings customers more with less, popping out miniature-sized doughnuts loaded to capacity with a range of toppings so eaters can have their cake and eat it, too.