“Some foods are too pretty to eat” is a really stupid thing to say. It’s food. Of course you can eat it! But if you’re struck by the innate and haunting beauty of a dish, or you just want to post it on Instagram to make sure your friends are jealous, here are great places to find eats that are too pretty and too delicious to leave undocumented.

Take cash and a camera when you go to Nic’s Grill for one of the most revered cheeseburgers in Oklahoma City/America/the world because Nic might let you take a picture, but he definitely won’t take your credit card. There will probably be a line out the door, but don’t let that deter you, because some things in life are worth the wait and a burger from this tiny Ten-Penn landmark is one of them.

Some of the best food in Edmond can be found at Signature Grill, but choose your seat carefully. While the plating is immaculate, the lighting can get pretty dim. But it’s worth it to have your Instagram photo team professionally stage the area to get a shot of a perfectly cooked steak covered in slowly melting blue cheese before you cut off a bite and run it through the red wine demi-glace. One potential problem: Your team might want to share. 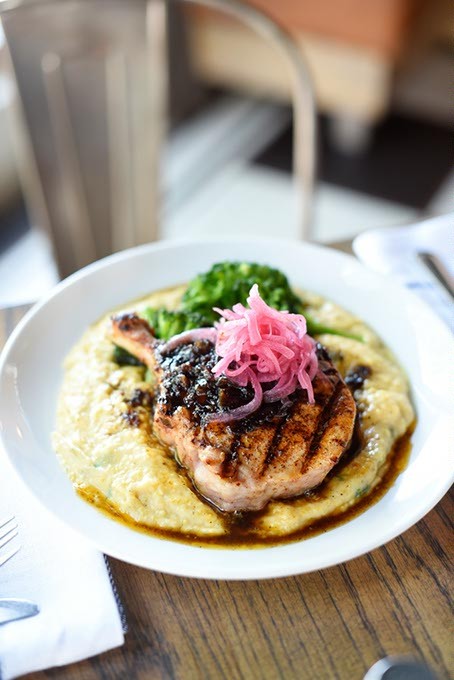 After several conversations with uncomfortable servers, it has become clear that pictures taken at Packard’s should be focused on the food and not the attractive waitstaff. But why not both? A cute bartender holding a beautifully built Bloody Mary or a handsome waiter with a plate of bronzed pork chops, creamy grits and vibrant pickled onions might take your picture viral. And if not, maybe you’ll at least get a phone number.

Duck. Duck. Goose. No, wait; that’s still duck. Look over Covell Park’s exquisite duck risotto all you like; you still won’t find any goose. What you will see is a creamy risotto, a splash of crunchy green onion and a sumptuously seared and sliced piece of duck that even Daffy and Donald couldn’t resist. It doesn’t matter how ugly this duckling used to be — this dish is proof that beauty is on the inside.

You know in movies from the 1980s when a girl in a bikini would walk by and a whole line of dudes would lower their plastic neon sunglasses to get a better look? The food equivalent of that scene is when your eggs Benedict are served at Bonjour. Is that Kenny Loggins playing guitar in the next booth? No, but your taste buds are definitely in the danger zone because this combo of hollandaise, poached eggs and pastrami is r-r-r-r-radical to the max.

If you think the outside of a fish looks good, you ought to check out what they’re doing with the insides at Sushi Neko. You’ll never look at an aquarium the same way after a visit to this Western Avenue hot spot. Whether it’s a boatload of simple, fresh sashimi or a tasty concoction of tempura-fried shrimp, crab and avocado wrapped in vibrant pink soy paper (aka the Terry Roll), the cats at Neko know how to make seafood into food you have to see. 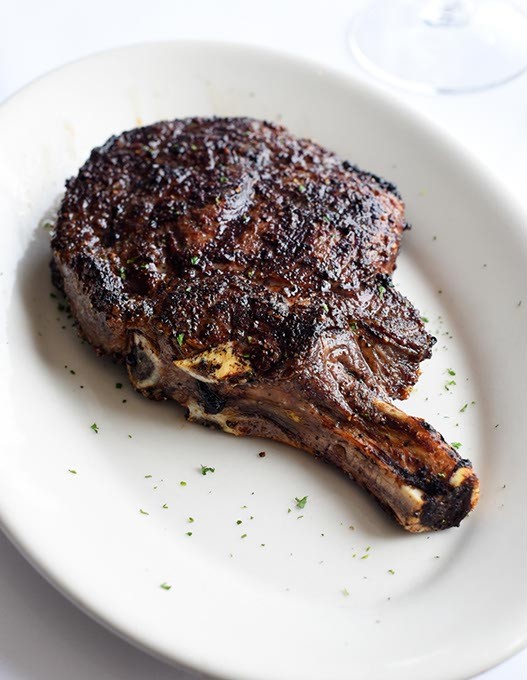 You know what’s pretty? Meat. Vegetarians might feel differently, but a marbled steak seasoned and seared to a spot-on medium rare is my idea of a masterpiece. Even when it’s alone on a plate, the contrast between a stark-white plate and Mahogany’s bone-in rib-eye is a sight to behold. Cut into it and check out that bright pink center and follow it up with a picture of the big smile on your face after you take a bite.