Even in a state known for beef and barbecue, Oklahoma City has plenty of options for vegetarian diners or for carnivores looking for a refreshing break from the meat grind. From vegan-only to Ethiopian and Thai food, there are plenty of options to eat your veggies. 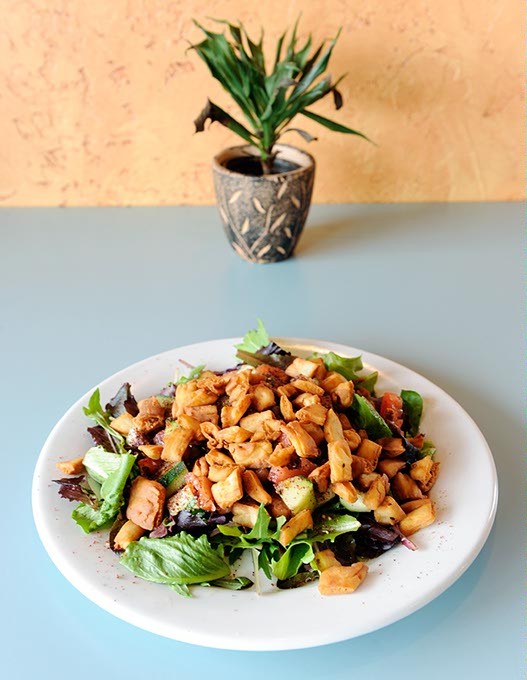 This Thai restaurant has served the metro area since 2007, first in Edmond and since 2013 in Oklahoma City. Every entree on its menu comes with a choice of crispy tofu. The city is full of wonderful Thai places, but Bistro 38 gets a nod for its volcano tofu, which tops the protein with a four-flavor chili sauce, red bell pepper, yellow onion and sweet basil leaves. 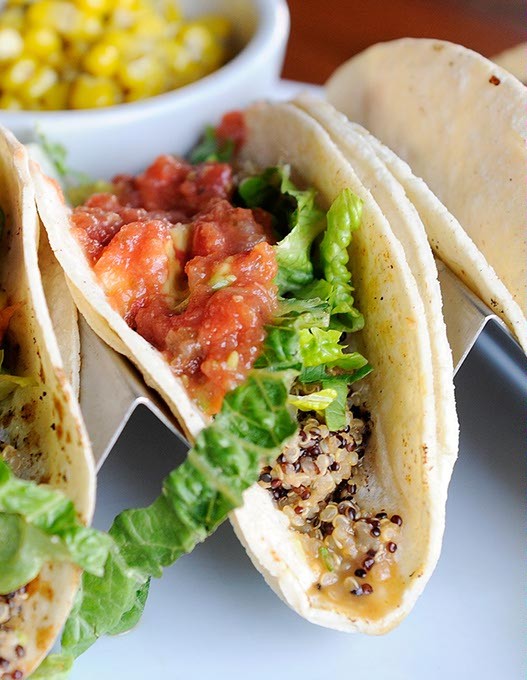 The Green & Grilled concept started as a food truck and has worked at its brick-and-mortar location with commitment to lean proteins, portion control and fresh ingredients. Its tofu sits overnight in a marinade including green onion and adobo seasoning. Pair the protein with spinach, carrots or brown rice or get it on top of one of five house salads. 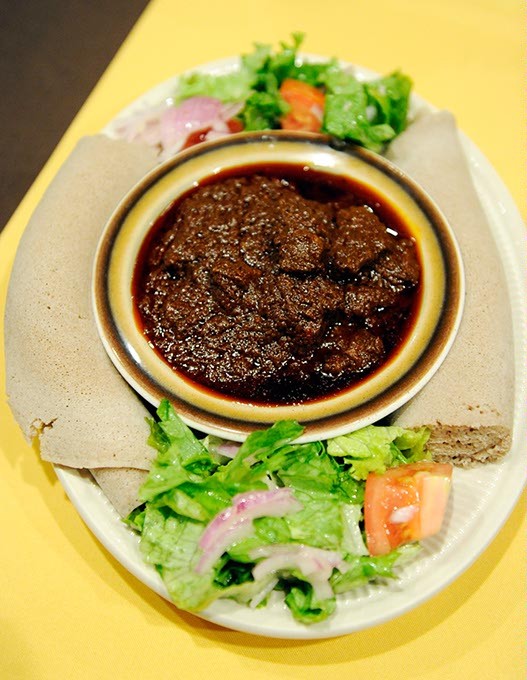 Owners Tevin and Jon Grupe have found success in the transition from food truck to their Farmers Market District location. The Loaded Bowl serves comfort food, vegan food for people who aren’t vegans. Most of the options on the menu are not low-calorie. The cashew mac and cheese is a staple from the food truck, but the sesame rice bowl with tofu chicken, broccoli and grilled brown rice, has become a hit on the new menu. 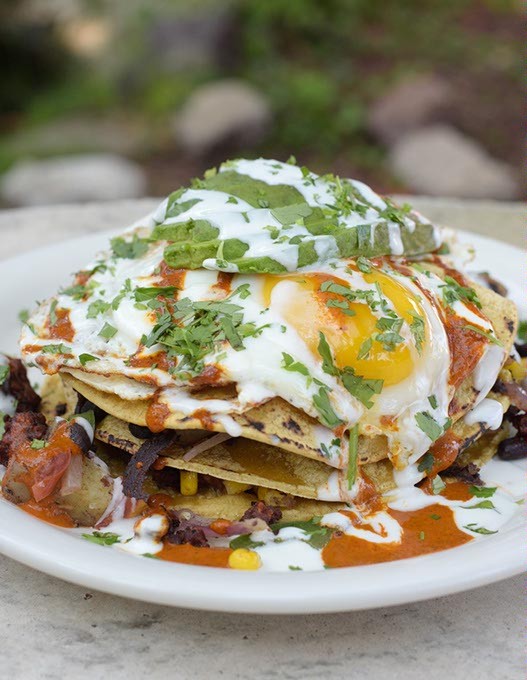 Vegetarian and vegan icons on the Picasso Cafe menu guide hungry guests and account for nearly half the items at the Paseo District restaurant. Quinoa tacos are gluten-free and vegan. Jackfruit mimics pulled pork that is topped with pineapple chutney, and Picasso makes its own spin on Nashville hot chicken by substituting Maitake mushroom. 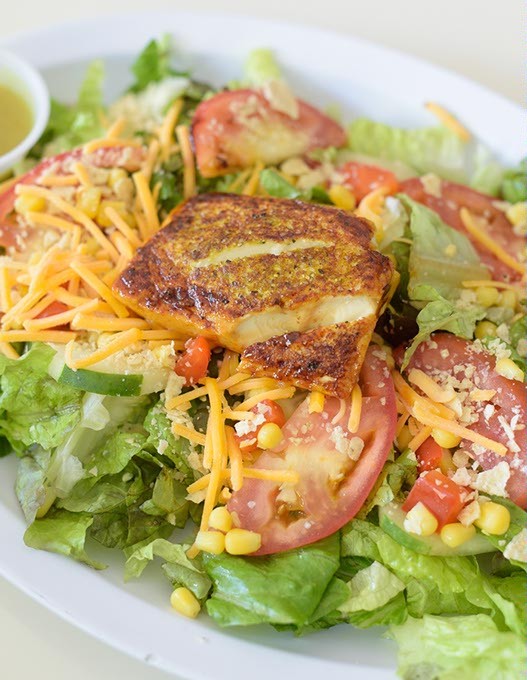 Ethiopian cuisine caters to a vegetarian diet, and Queen of Sheba is the city’s only Ethiopian restaurant. Lentils, greens, chickpeas and green beans come stewed in spicy — but not hot — preparations. Each dish is served with Injera, the national dish of Ethiopia. Entrees are often served on top of the sourdough flatbread so it’s like having an edible plate that is warm, spongy and delicious. 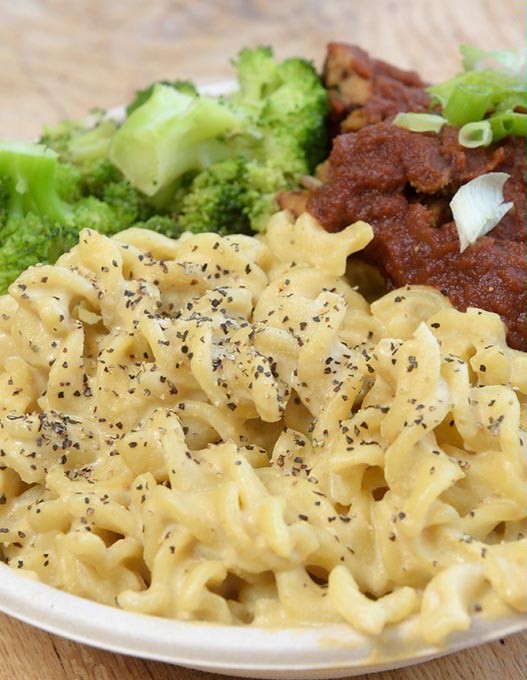 The Red Cup has been an institution in Oklahoma City for decades, but under chef Patrick Clark, it has recommitted to a vegan theme with a recent menu overhaul. The vegan options range from “GMO-free toe pie” to its take on Korean barbecue with vegetable bibimbap or vegetable jambalaya. The breakfast menu includes vegan biscuits and gravy, bagel and (carrot) lox and Mt. Saint chorizo, which tops corn tortillas with plant-based chorizo, black beans, veggies and fried egg. 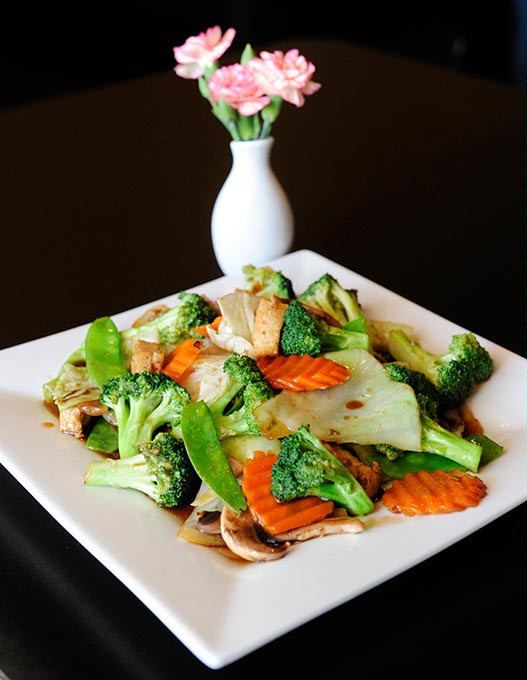 Despite its name, Simply Falafel has plenty on its menu beyond the fried spheres of chickpeas. For veggie eaters, the fattoush salad is a flavorful take on the mundane. It tops romaine and parsley with house-made croutons, radish, avocado and a balsamic and olive oil dressing. Middle Eastern spice mixes zaatar and sumac give the salad a kick.