New research indicates that salads might be edible. Scientists at the completely not-made-up Center for Putting Things in Our Mouths said the leafy greens could conceivably be eaten.

Get in on the experiment with one of these delicious salads. 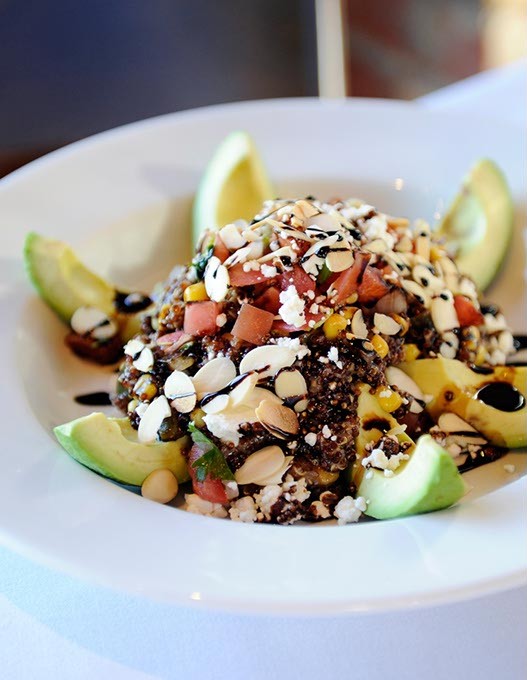 Customer: Waiter? Could you explain this salad to me? The lettuce looks really thick, and I’m not sure what those tiny bean-looking things are.

Waiter: Sir, that lettuce is actually avocado, and those “beans” are red quinoa, which is a low-carb source of protein. There’s also fresh pico de gallo, creamy goat cheese, slivered almonds and a garlic vinaigrette. Would you like something else instead?

The part of Popeye cartoons that never made sense was why he always ate canned spinach to gain strength. It’s like he never tried Flip’s Wine Bar & Trattoria for the Omega 3 Antioxidant Power Salad. It includes fresh baby spinach for fighting Bluto and tasty blueberries and tomatoes, heart-healthy avocado, red onions, toasted walnuts, pine nuts and pistachios with a gorgeously grilled salmon fillet in honey sesame dressing that even Olive Oyl would love. 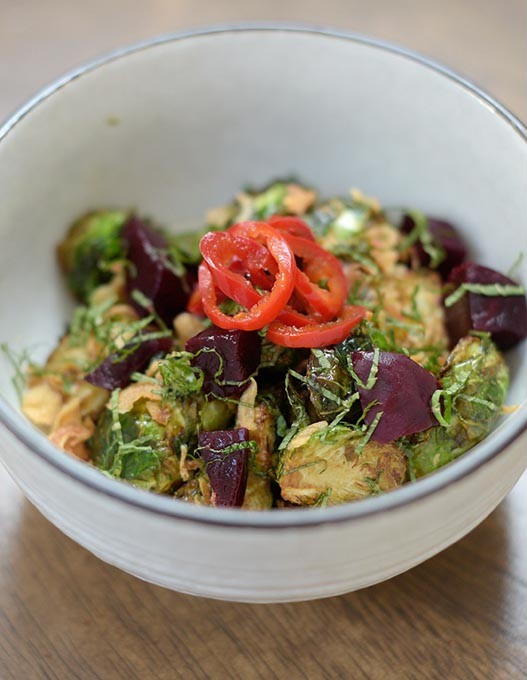 Brussels sprouts are wearing you down. Years after reruns of 1960s and ’70s comedies convinced Americans that the vegetable was the grossest thing ever, these tiny cabbages are back in a big way. It turns out the original instructions (“boil”) were wrong. Now, Gor?’s capable chefs make them crave-worthy, especially in their salad of fried Brussels sprouts, roasted beets and pickled Fresno peppers. Boom. You just became a Brussels sprouts fan. 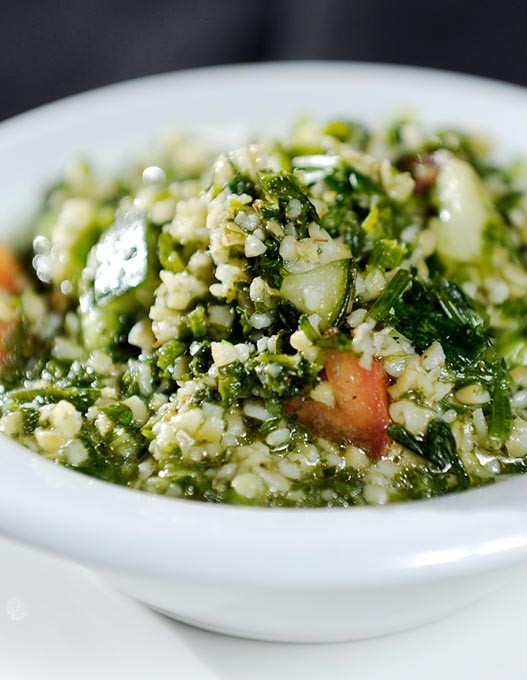 Jamil’s Steakhouse likely isn’t the first place you consider when someone says, “Let’s have salad for dinner!” But did you know every Jamil’s dinner entree comes with the restaurant’s house-made tabbouleh salad filled with parsley, fresh tomatoes, onions and cracked wheat in a scrumptious vinaigrette? Yeah, have a salad for dinner. It comes with a delicious side of steak. 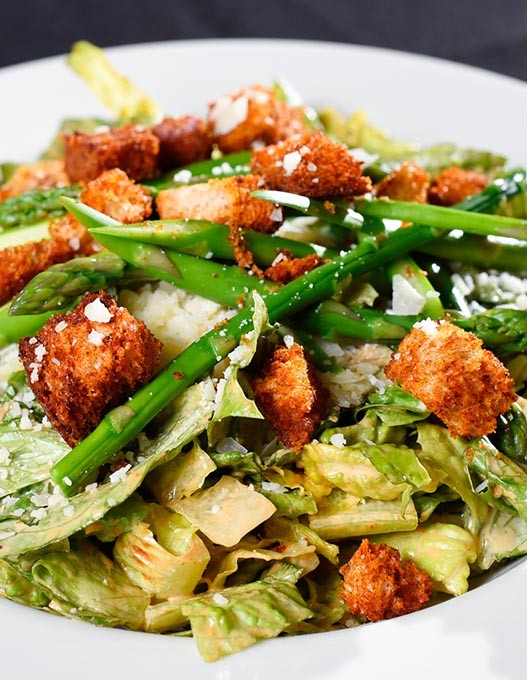 In a salad landscape that is always pushing the boundaries of what can be considered a salad, it’s nice to return to the relatively simple confines of the steakhouse staple Caesar salad. Head over to Norman’s Scratch Kitchen & Cocktails for a Sriracha Caesar salad. The salad dressing is sweet and spicy, and house-made croutons put the bagged kind to shame. For a little added green, Scratch even tosses in some asparagus. You’re welcome. 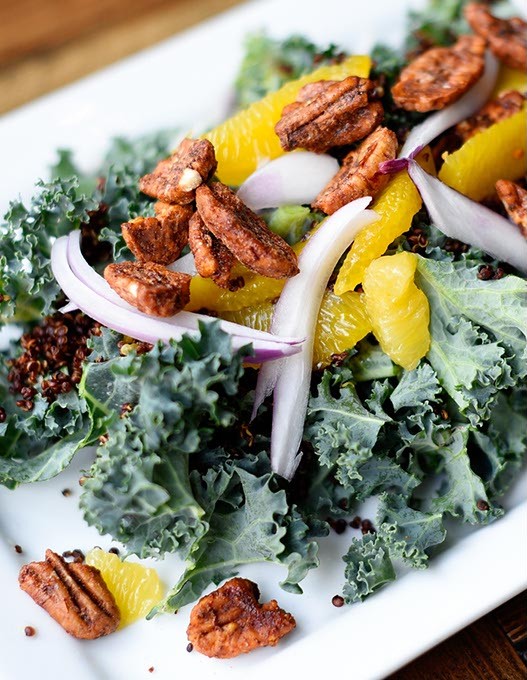 Customer: Waiter? I ordered a quinoa salad. Where’s the avocado?

Waiter: You have us confused with the restaurant in the first panel. Slaughter’s Hall’s quinoa salad includes handfuls of hearty baby kale, spiced pecans, red onions, oranges and citrus vinaigrette. The spiced pecans are sweet little bursts of happiness. Should I bring you a different salad? 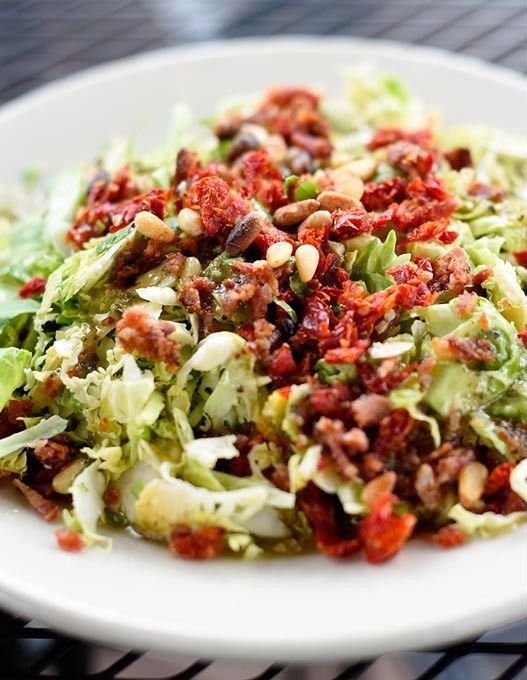 Aha! If you haven’t taken the opportunity presented on the previous page to go eat a Brussels sprouts salad, The Wedge Pizzeria ups the ante. If you order now, you get shaved Brussels sprouts, toasted pine nuts, flavor-packed sun-dried tomatoes and a fresh herb vinaigrette. Dig in and … what this? Pancetta! It’s bacon’s fancy, worldly cousin from Italy.