Just a sandwich? Is the Eiffel Tower just a stack of metal? Is heart surgery just a medical procedure? Of course not! As such, it is wholly unfair to malign the delightful marriage of sliced bread, condiments and fillings as just a sandwich. Whether it’s peanut butter and jelly, a Reuben stacked high with pastrami, fresh sauerkraut and spicy mustard or some wholly original concoction, the only time it’s okay to say “just” in connection with a sandwich is, “Just trust me. A sandwich is what we need.” Here are a few places where you can find great ones.

Neptune was the Roman god of the sea, but that wasn’t all. Much like the busy era of today, ancient Roman gods multitasked. Neptune also was in charge of horses and earthquakes, so as far as Roman gods of Oklahoma go, two out of three ain’t bad. Worshipping him is easiest at his Oklahoma City altar, Neptune Submarine Sandwiches, where the pillowy bread tastes as if it was touched by his divine hand. Order a Supreme Sub if you’re feeling particularly powerful. 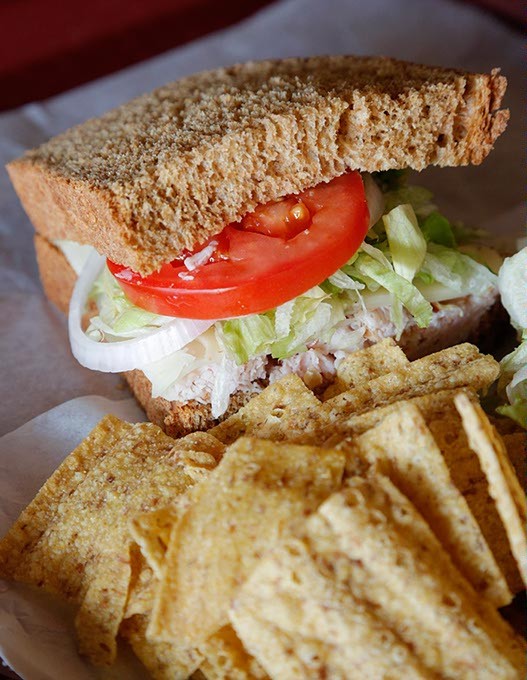 Belle Kitchen is known mostly for sweets, including doughnuts and delicate macarons. And while macarons are kind of like sandwiches, with layers of filling surrounded by crispy, chewy meringue cookies, they’re not nearly as filling as the restaurant’s delectable Cuban sandwich or a grilled cheese made with brioche. Its breakfast sandwich with bacon, eggs and arugula inside a freshly baked roll also is satisfying. While you’re there, you should probably grab some macarons for later.

Someplace Else A Deli & Bakery

After customers find their way to Someplace Else A Deli & Bakery, they often won’t go anywhere else in Oklahoma City for a sandwich. The deli is beloved for its freshly baked cookies, but the venue is busiest at lunch as hungry diners queue up for fresh rolls stuffed with avocado and cream cheese, chicken salad on rye or hot Polish sausage with sauerkraut and spicy mustard. Vegetarians, pescatarians and omnivores alike will find plenty of options at Someplace Else. 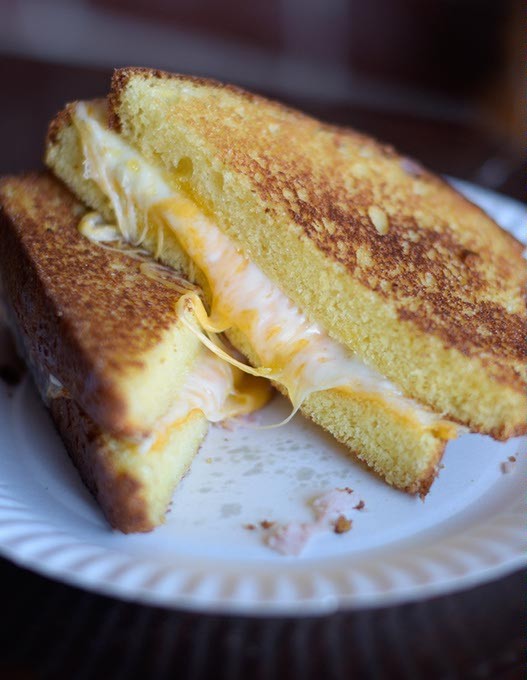 Not only does the train trap commuters as it rumbles past Kamp’s 1910 Cafe in the mornings, but it is immortalized on the Kamp’s menu. Boxcar Burrito and Biscuits and Gravy Derailed are filling morning fare while Stuck at the Train (chicken breast on a ciabatta bun), Pacific Railcar (turkey, avocado and tomato chutney) or a Wrong Side of the Tracks Reuben (pastrami, sauerkraut and cheese on rye bread) will fill you up.

George Hobson, the Hobby of Hobby’s Hoagies, once told me he was from Delaware. So I’m not sure how his restaurants make such amazing Philly cheesesteak sandwiches. With a blend of juicy chopped steak, sweet onions, melted cheese and special hoagie peppers on a fresh roll, his cheesesteak guarantees several “oh, wow” bites in every sub.

Bring cash to Lang’s Bakery or you can forget taking home one of the best bánh mì sandwiches in the metro. If you’ve never tried one of these Vietnamese sandwiches, now’s the time. Crispy, crusty baguettes are cut lengthwise down the middle to make room for pickled carrots, fresh cilantro and spicy sliced jalapeños with your choice of filling. Charbroiled pork and chicken sandwiches are popular, but the best on the menu is bò kho, a baguette stuffed with stewed beef and carrots. 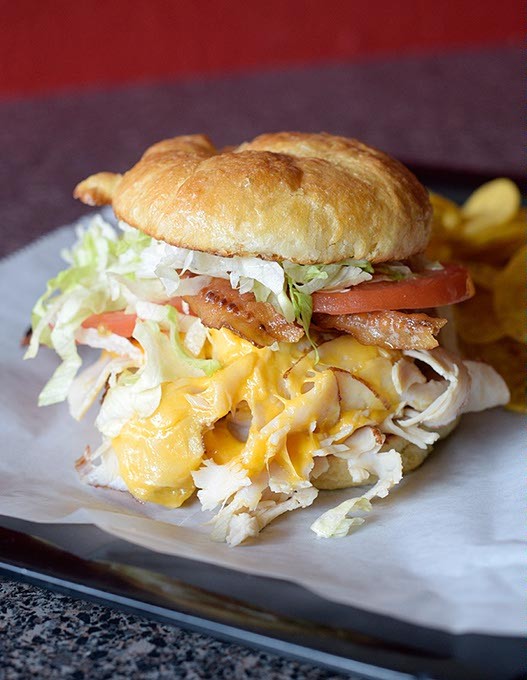 It doesn’t take witchcraft to make most of us crave a delicious sandwich, but Bison Witches doesn’t take any chances. The restaurant’s mages/staff cast a spell of humor with funny menu names (like Slamwich or Miss Priss ) before enchanting hungry diners with delicious combinations including turkey breast, avocado, bacon, cream cheese and alfalfa sprouts on the Green Turkey. Finally, diners are in their thrall with sides of baked potato salad. It’s magically delicious.